Whatever Happened to Iris Wildthyme 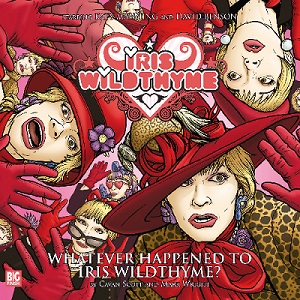 Iris is living the life she always dreamt of, swanning from one party to the next. From the swinging Sixties to the roaring Twenties to Freddie Mercury’s 40th birthday bash via Ancient Rome, Iris has become the ultimate party girl. What more could she want?

But who are those sinister ticking figures hiding in the mist?

Why are partygoers snapping out of existence?

And who is this Panda she keeps talking about? 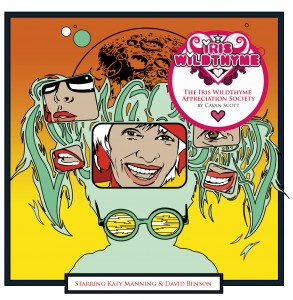 One minute he’s due to be crowned an intergalactic hero with concubines galore and the next Iris is dragging him to the planet Trull, the 42nd Century equivalent of Milton Keynes.

As Iris becomes the hottest celeb in the galaxy, little do they know that everyone on Trull is about to die…

The Claws of Santa 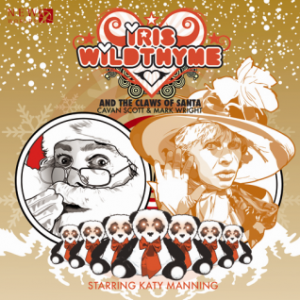 It’s going to be a blue Christmas for Iris Wildthyme. Her best friend, Panda, is lost in time and space and the only festive cheers see can can find is at the bottom of a glass. If that wasn’t enough, this year’s number one toy is trying to kill her!

From a futuristic planet-sized shopping mall to the frozen wastes of the North Pole, the search for Panda leads Iris to a fiendish plot that threatens to ruin Christmas for the entire multiverse. With only a jobsworth security droid to help, Iris turns to the one man who can save the season of goodwill – Saint Nick himself. There’s just one snag; Santa Claus is a broken man…

With psychotic elves, exploding shoplifters and more tinsel than you can shake a bottle of Babycham at, this is going to be the Mother of all Christmases – and you’re all invited!