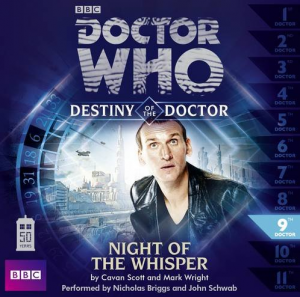 Read by: Nicholas Briggs with John Schwab as McNeil

BUY DOCTOR WHO – NIGHT OF THE WHISPER