Children of the Cull 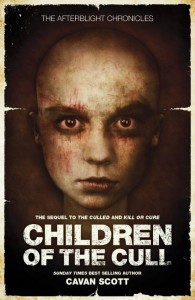 When the world died, we were torn apart.

He’s an old soldier, of a sort – be polite and say he ‘solved problems’ for his government. She’s a doctor, a scientist specialising in rare diseases. They met once, fell in love, got ready to settle down… until the Cull came and tore them apart.

They’ve hunted each other across the ravaged, ruined world, leaving bloodshed and destruction in both their wakes. Finally, tonight, in an old Army research post in the middle of nowhere, they’ll be reunited.

With any luck, it’ll live up to the promise.

Children of the Cull continues the stories of Simon Spurrier’s The Culled and Rebecca Levene’s Kill or Cure.

Also available as End of the End omnibus edition