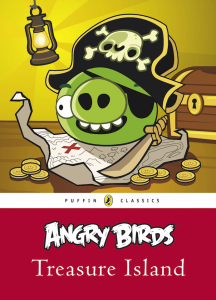 The Angry Birds and the Bad Piggies star in this mash-up of the Robert Louis Stevenson classic. With seafaring birds, pirate pigs, mermaids, and the infamous Octopig, this spoof is sure to appeal to every Angry Birds fan.

Jay, Jim and Jake Hawkins long to be sailors and spend their days listening to old Billy Beak’s tales of the high seas. So when they discover Billy Beak’s long-hidden treasure map, they immediately set sail accompanied by a crew of suspiciously green pirate birds, led by a cook called Long John Smooth Cheeks . . .

Can the Hawkinses find the fabled Easter Egg Island, and can they trust their new pirate shipmates? Find out in this epic, swashbuckling adventure based on Robert Louis Stevenson’s original story. 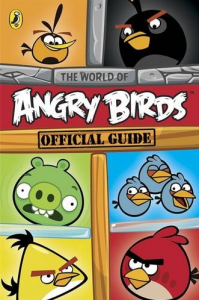 Welcome to Piggy Island, home to the Angry Birds, Bad Piggies… and the mysterious Mighty Eagle.

In this Official Guide to the World of Angry Birds, Mighty Eagle takes you on a tour of the magical island, introducing you to all the heroes, villains and places. 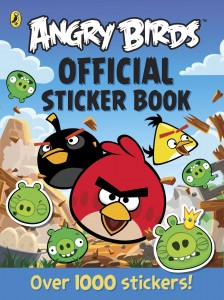 The Angry Birds Official Sticker Book is the ultimate sticker book for any Angry Birds fan.

Meet the Angry Birds in this jam packed official sticker book. Find out all about your favourite bird, (or pig), and complete your own sticker scenes. With over 1000 stickers!