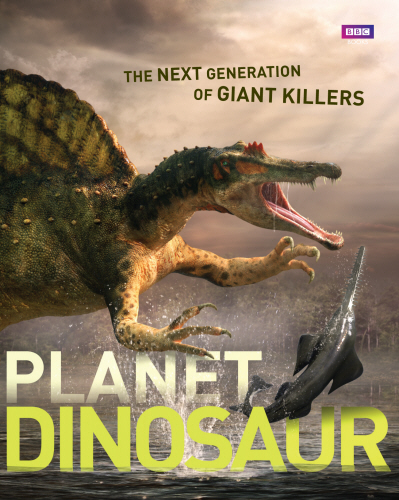 “Just as certain as planet Earth having been subjected to extraterrestrial impacts, this beautifully illustrated book will prove to be very popular amongst avid dinosaur fans. Its clever combination of stunning images and scientific detail will also intrigue and inform the casual reader, keen to see how the science of palaeontology and our understanding of the prehistoric world has moved on. Highly recommended.”

Ten years ago, Walking with Dinosaurs brought this species to life with groundbreaking CGI and new science. Since then we have entered into a golden age of dinosaur discoveries and in this explosive new book to accompany the landmark BBC series, we discover more monstrous, more horrific and more bizarre dinosaurs than we’ve ever known before.

The opening up of new areas of the world such as China and Africa have led to a huge increase in our knowledge. We have discovered the biggest plant-eating dinosaurs that ever lived, the giant carnivores which fed on them, and the weird and wonderful creatures that evolved over millennia, adapting to dominate every corner of the Earth.