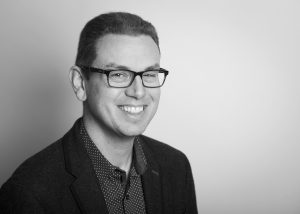 Hello! My name’s Cavan Scott and I’m a UK number one bestseller who writes novels, comics, radio and TV for both  adults and children alike.

In 2018, I became one of the five story architects selected to create Lucasfilm’s new multi-media publishing initiative, Star Wars: The High Republic and am currently writing the ongoing Marvel comic of the same name. I’ve written widely in the galaxy far, far away, from Star Wars Adventures and Tales from Vader’s Castle to Star Wars: Choose Your Destiny and the Audie nominated Dooku: Jedi Lost. Most recently, I became part of the writing team for Star Wars Kids’ new children’s game show, Star Wars: Jedi Temple Challenge.

In 2016, I was one of the official World Book Day authors, my Star Wars: Adventures in Wild Space – The Escape hitting the Number One spot in the UK book charts. In 2013, Who-ology, co-written with Mark Wright, was the first Doctor Who book even to become a Sunday Times Bestseller in the UK. We would also go on to win the 2014 Scribe Award for Best Audio for Blake’s 7: The Armageddon Storm, my second Scribe Award coming in 2020 for my Warhammer Adventures: Attack of the Necron middle-grade novel.

I have also written Minnie the Minx, The Bash Street Kids, Roger the Dodger, Gnasher and Gnipper, Bananaman, Korky the Kat, Desperate Dan and more for legendary British comics, The Beano and The Dandy, plus Frankie Stein for the recent reveal of Cor! Buster!

Before becoming a full-time writer, I was a magazine editor for Future Publishing and BBC Magazines. In 2007, I launched the award-winning Countryfile Magazine, based on the hit BBC One series. I have also written official tie-in books based on Countryfile and other BBC programmes including Planet Dinosaur.

A member of The Society of Authors, the Crime Writers Association and the Dennis the Menace Fan Club, I live near Bristol with my wife, two daughters and an inflatable Dalek named Desmond.