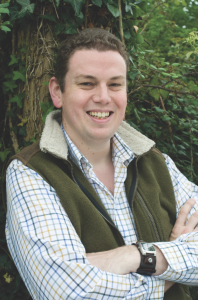 With over 16 year experience in journalism, I have written for over 50 magazines across a wide spectrum of subjects.

From lifestyle and consumer titles to business-to-business and membership magazines, I have a reputation for providing lively, engaging and accurate copy.

As someone who relishes variety, I am always interested in taking new assignments and tackling fresh subjects.

If you’re an editor who thinks I might be able to contribute to your magazine, please get in touch with me today. I’m happy to pitch to your guidelines or discuss writing a specific article.

You can also find out more about my latest work by visiting my news feed or checking out examples of my work.

I’ve always been a sucker for a good gadget! That’s why I ended up learning my trade on T3, Future Publishing’s flagship magazine dedicated to all things techy and cool.

Since leaving T3, I edited a number of technology titles, including Internet Works and Laptop Magazine and have written about cutting edge science and technology for publications such as Edge, The Evening Standard, BBC Knowledge and Focus.

My first science book, Planet Dinosaur, which ties into the BBC TV series of the same name, is due to be published in September 2011.

What’s not to love about the Great British countryside?

In 2007, I launched the award-winning Countryfile Magazine for BBC Worldwide and have written a number of books based on the popular BBC One TV series, including Countryfile: Perfect Days Out and Adam’s Farm: My Life on the Land (with Adam Henson).

I currently edit Active, the National Trust’s magazine for volunteers.

Other highlights in this area include:

I’m a big kid at heart and have a real passion for communicating with children. In 2004, I launched Jetix Magazine (published as Nitro today) and went on to edit such titles as Disney’s Big Time, Disney Girl, Cars and Pirates of the Caribbean.

As well as creating original characters, I have written comic strips for Power Rangers, Doctor Who Adventures and currently write the Nick Nitro and Booster comic strip for Nitro.

A lifelong fan of both the silver and small screen, I have written for a variety of magazines including Total Film, SFX and, most recently, Doctor Who Insider.