Every month Cavan sends out an email newsletter featuring his monthly round-up, news and giveaways. Here’s the latest edition. If you want it delivered to your inbox every month, you can subscribe here!

Welcome to the June Cavletter!

Hello my oh, so lovely subscribers.

It’s June, which means it’s officially summer! Fingers crossed things are sunny where you are. We’re back for another newsletter which includes a round up of my last thirty days or so, where to find me chatting about Star Wars online and answers to your questions!

I hope your May was good for you. Mine was as busy as ever as I tried to wrap up existing projects before diving into some new ones that will take up the rest of my year, including, of course, Project Luminous. Our mysterious Star Wars Project is gaining momentum behind the scenes, with lots of Skype meetings and emails flying back and forth between the Luminous Beings.

In fact, much of the month was given over to planning and outline. We’ve been working out what scary Star Wars stories we’re going to tell in October’s Return To Vader’s Castle, plus, hopping over to another universe, I spent quite a lot of time thrashing out the plot for book six of Warhammer Adventures: Warped Galaxies with editor and Warhammer 40,000 master, Nick Kyme. Book six is going to be a big season finale of an adventure, so there’s a lot riding on it. I’m now in the midst of writing the first draft and things are getting desperate for our now battle-beaten kids. It’s funny how attached you get to characters when writing a series, especially over such a short space of time. It’s fascinating to see how Zelia, Talen and Mekki have changed over the space of six books, how their viewpoints have evolved and their relationships shifted. I have the feeling that writing the last scenes between these three will be an emotional experience.

Another type of plotting took place at Crimefest 2019, where I was joined by the redoubtable George Mann, who came to stay for the weekend. The Festival itself was the usual mix of lively panels and fun in the bar, and special mention must be made of the new Chair of the Crime Writer’s Association, Linda Stratmann, who moderated the panel I was pleased to appear on, focusing on how the 20th Century changed both crime and crime fiction. 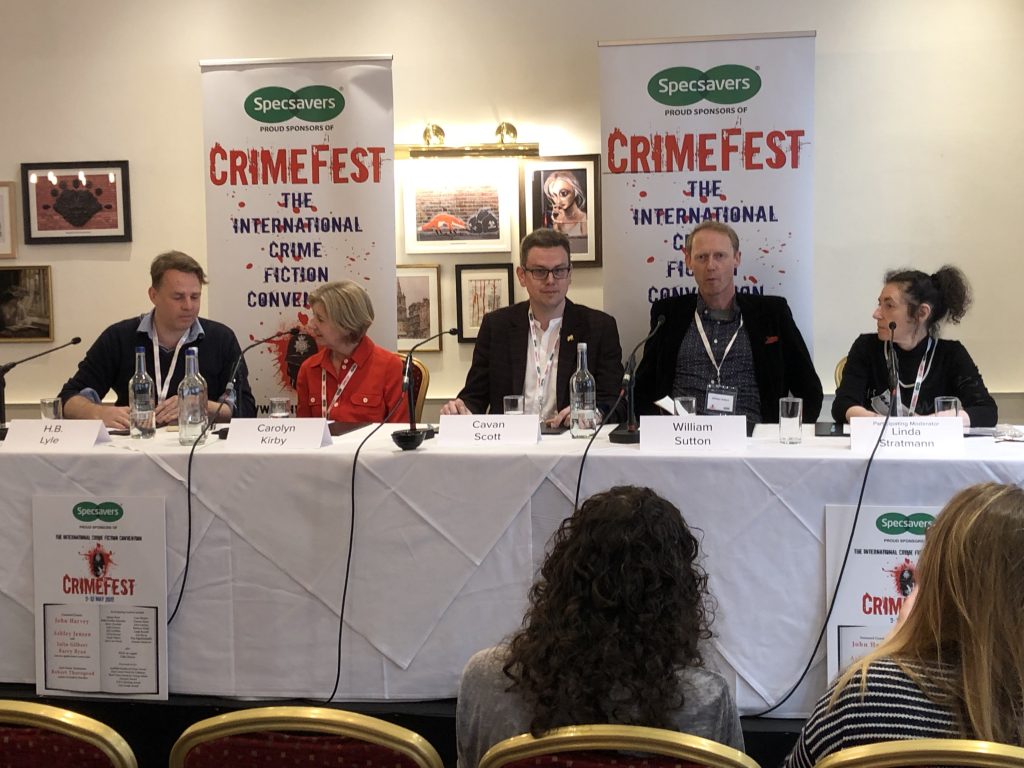 Linda turned out to be a huge Star Wars fan, so we had a lot to talk about before and after the panel. She also managed to persuade me to join the aforementioned CWA! My fellow panellists were Carolyn Kirby, William Sutton and H.B. Lyle, whose novel, Irregular, I read while sunning myself on holiday a few week’s later. It’s a fantastic and highly evocative book that tells the story of Wiggins, a Baker Street Irregular who grows up to become a spy in the fledgling British secret service, bridging the gap between Sherlock Holmes and James Bond in one easy step!

George and I kept the Holmesian theme going the week after Crimefest when we met up in London for secret meetings. What we’re they about? Well, time will time, but in the meantime we also took the opportunity to pop into the Sherlock Holmes Museum and pose in front of the Great Detective’s chair. 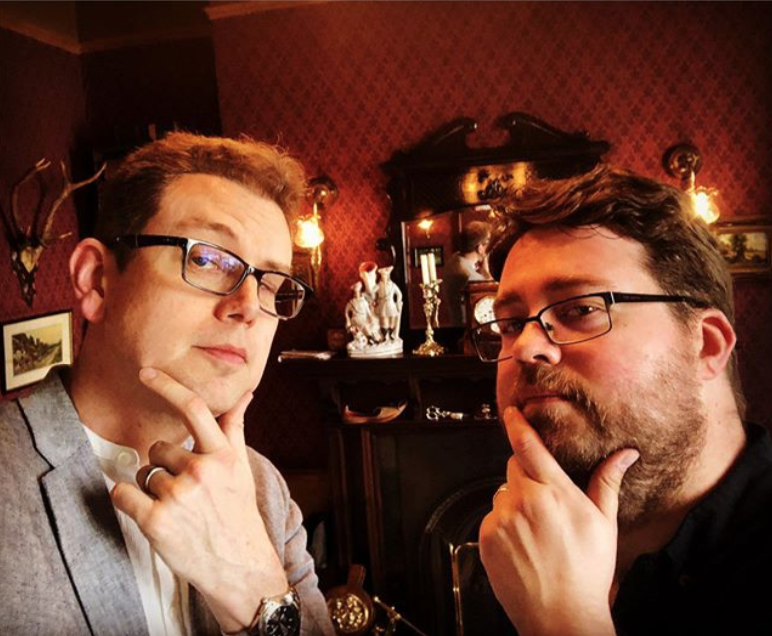 Actually, that photo reminds me that George is now on Instagram. Make sure you pop over and follow him (and follow me too if you don’t already!)

There were also sad times this month. The Doctor Who community lost both Paul Condon and Tommy Donbavand, Paul from a short and sudden illness and Tommy from his long battle with cancer. Both knocked me for since. I’ve known Paul for well over 20-years and loved meeting up with him from time-to-time, not as often as I’d like, although we kept in touch via social media. He was always up for a laugh and a little ‘splishy splashy’ and I shall miss his infectious smile. Tommy became a friend over the last decade, and he was a real support when I started doing school visits, guiding me through the perils and pitfalls of spending a day bouncing around in front of a hall of primary school kids. We were also Beano-buddies, writing for the UK’s longest running comic around the same time, even swapping characters every now and then.

The hits kept coming with a death in the family and also the sudden loss of Paul Darrow of Blake’s 7 fame. Working with Paul was always an experience. He was as witty and naughty as you’d expect and, as I said on Twitter, some of my best times in the Big Finish studios were shared with Paul. He had a wicked sense of humour. As some of you will know, we nearly lost Paul a few years ago, after serious health complications. In the process, Paul lost both his legs, but, as far as I saw, never his quick wit. I remember visiting him when he was convalescing near where I live. I walked into the lounge to find Paul in a chair, obviously without his legs and looking very poorly. He looked up at me, arched an Avon-worthy eyebrow and snarled: “I’m not getting up for you!” And then he grinned.

After the news broke, my buddy Mark Wright reminded me of the day we spent in studio with Paul and Tom Chadbon recording The Armageddon Storm. They were on fire, both in and out of the booths, performing their hearts out and sharing anecdotes and jokes left, right and centre. Here’s a pic of the day, Paul doing his best Avon scowl! 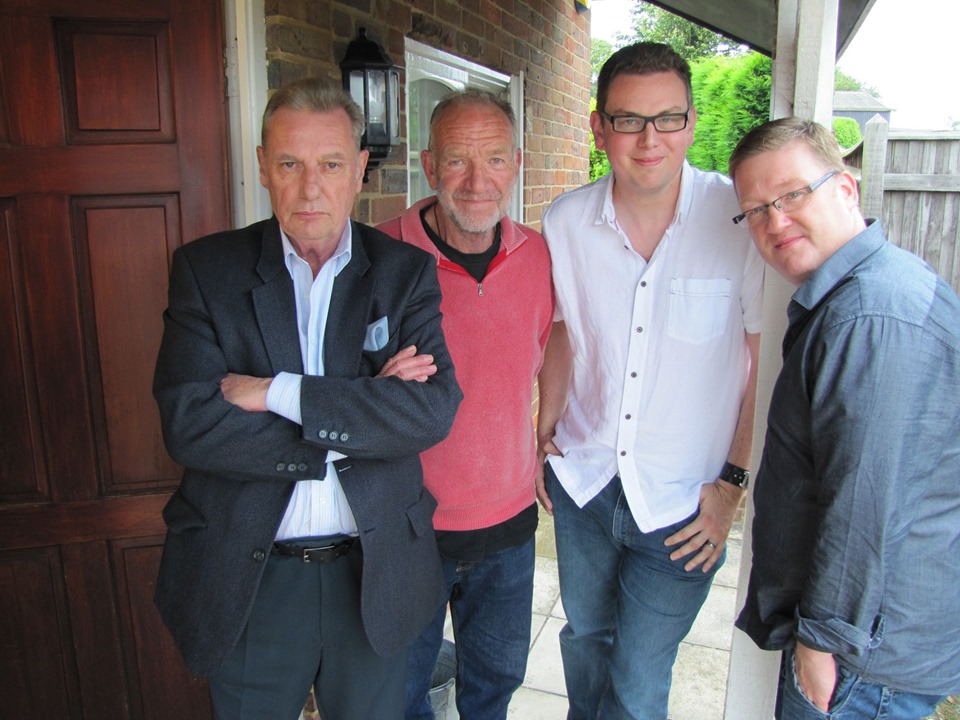 Paul, Tommy, John and Paul, I salute you sirs. RIP.

I also appeared on a number of podcasts, some of which were recorded at Star Wars Celebration.

Here’s a list of where you can find me:

Last month, I asked you for your questions and received the following.

“Hi Cavan! I loved hearing what you had to say at the Lucasfilm Writers Roundtable. If you had to pick one favourite character from each era of Star Wars, who would you pick?”

OK, with the caveat that favourite characters shift with time, here’s my run-down at the moment:

The Age of Republic – Ventress , with Obi-Wan a close second.
The Age of Rebellion – Jaxxon. Okay, okay… he’s up there, but maybe not my favourite. I think that has to be Leia.
The Age of Resistance – My first reaction was Rey, but I think I have to go for Kylo Ren as I am fascinated by his conflict.

But if I had to choose one overall – it’s Chewie, naturally. With or without porgs.

“A comedic duo from old Japanese samurai movies was George Lucas’ inspiration for R2D2 and C-3P0. I really enjoy all the new froids in the Stars Wars stories. CR8R is one if my favouurites, next to Mr Bones and K2S0. What or who was your inspiration for ‘Crater’?

Also, did you ever buy that Dooku cape?”

The Adventures in Wild Space brief described Crater as a ‘Frankenstein droid’ and that was it, so I had fun patching him together from different droids, although the architect droid’s head was, I think, the suggestion of series editor, Emil Fortune.As for his character, Crater was coming out as too C-3P0 in the first draft, so I decided to make him snarkier and more sarcastic. He’s a droid who never wanted to be in charge of two lost children. I think there is a lot of Orac from Blake’s 7 in there too!

Thanks for the questions! We need more, whether there about Star Wars, Doctor Who, writing, or even my favourite biscuits. Head over to my website and submit your questions now. 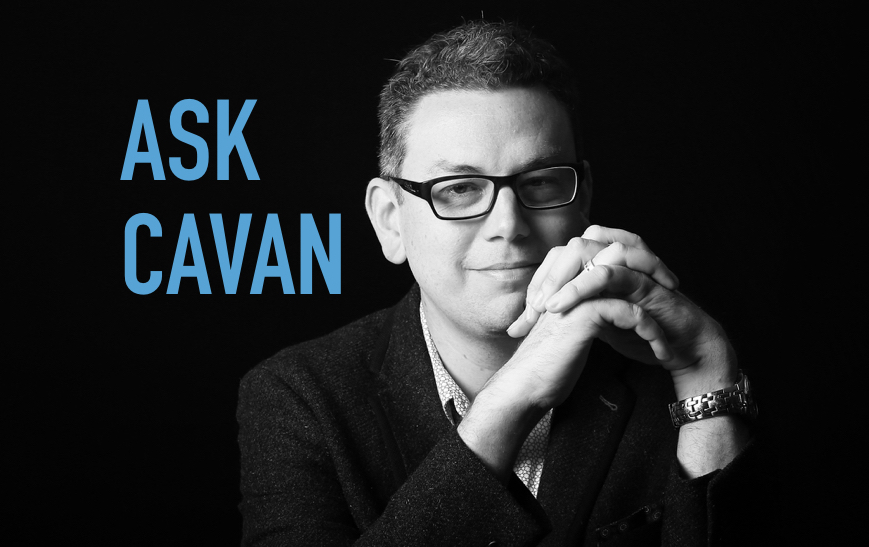 Every month, I give away a signed book or audio. The prize this month is a signed copy of Warhammer 40,000: Lords & Tyrants, which includes my short story, Flayed, plus work from a host of 40k legends. You can check out the full list of content here. 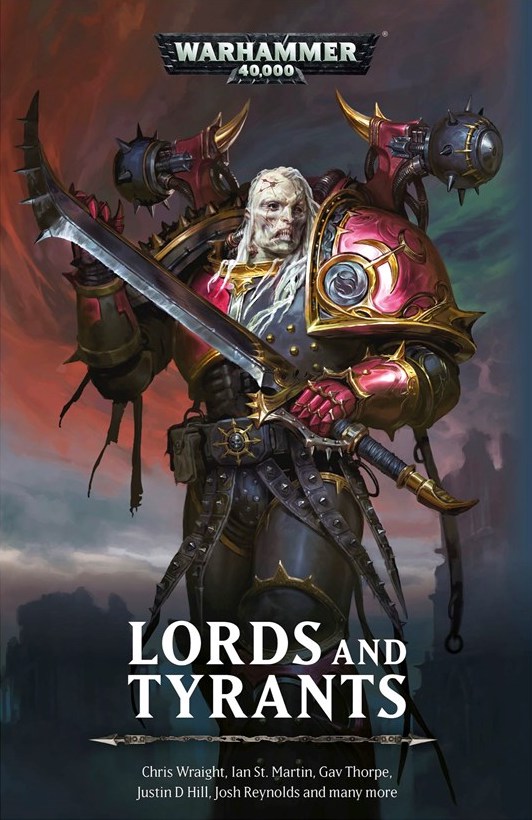 All you have to do to be entered into the draw is to be subscribed to this newsletter. The winner will be chosen at random on 30thJune (Terms and Conditions apply)

And if you’re reading this and haven’t yet subscribed, what are you waiting for? SUBSCRIBE TODAY!!

That just about wraps things up for this month. I’ll be back the first week of July with more news and behind-the-scenes shenanigans, including my line-up for San Diego Comic Con 2019!