The Flayed Ones are on the loose again.

Cavan’s Warhammer 40,000 short story Flayed, originally published in the 2013 Black Library Anthology, is now available in both hardback and ebook thanks to the brand new Warhammer 40,000 – Lords and Tyrants anthology.

Here is the blurb for Flayed from the original release:

The world of Sandran is plagued by an eternal horror. Terrifying mechanical monsters with knives for fingers, which drape themselves in the flesh of the dead, raid the planet periodically. The people of Sandran have learned to live their lives in the shadow of the creatures they know as the Flayers. But as Alundra, a young woman in search of her errant brother, comes face-to-skull with one of the Flayers, her fate – and that of her world – is radically changed. The Death Spectres have come to defeat the metallic monsters. But will the people of Sandran be saved, or will they be collateral damage? 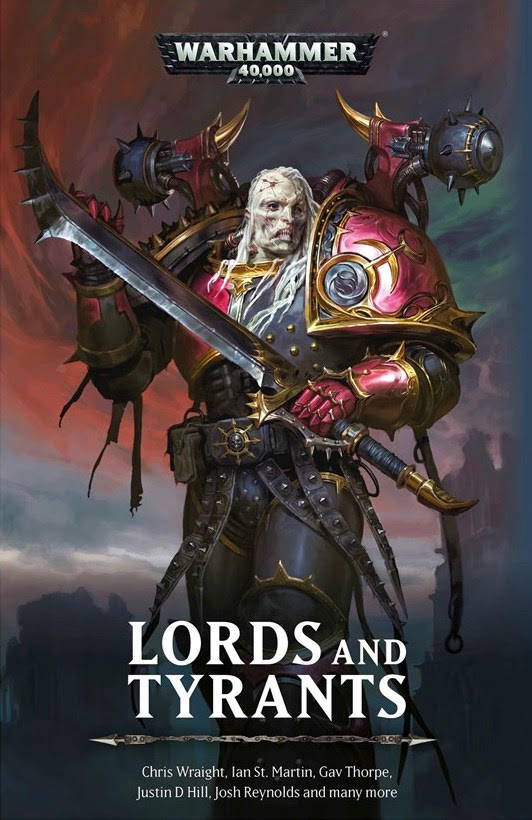 Of the story itself, Cavan says:

“Flayed was interesting as, in many ways, it provided the spark of inspiration for Warhammer Adventures. While definitely not aimed at kids, the story was my first attempt to view a battle between Space Marines and Necrons through the eyes of the ordinary citizens of the Imperium. Frenzied Necrons were just too much fun to write, which is why I suggested the skeletal warriors as the first villains in the Warped Galaxy series – although we had to pull back on skin-suits when writing for younger readers for obvious reasons!”

Of course, Cavan’s tale of marauding metal xenos is just one part of a truly epic line-up. Just check out this table of contents:

Argent by Chris Wraight
Lucius: Pride and Fall by Ian St Martin
Whispers by Alec Worley
The Battle for Hive Markgraaf by Justin D Hill
A Brother’s Confession by Robbie MacNiven
Rise by Ben Counter
Flayed by Cavan Scott
A Memory of Tharsis by Josh Reynolds
Left for Dead by Steve Lyons
Unearthed by Rob Sanders
The Aegidan Oath by L J Goulding
Hidden Treasures by Cavan Scott
Carcharodons: The Reaping Time by Robbie MacNiven
The Greater Evil by Peter Fehervari
The Path Unclear by Mike Brooks
Shadows of Heaven by Gav Thorpe

Warhammer 40,000 – Lords and Tyrants is available now from Black Library – click here to purchase a copy!