Today is an exciting day for this particular Squaxx dek Thargo. I have been reading 2000AD since I was a scrotling and, while I have written Judge Dredd for prose and audio, I have never actually written for the Galaxy’s Greatest Comic itself… until now.

Prog 2130 is an all-age special, with stories that can be enjoyed by Earthlets of all ages. Due to my work on Star Wars Adventures, I was asked to contribute, penning a story for Rogue Trooper, who was one of my favourite characters when I first started to read 2000AD back in the 1980s. I was especially pleased to be teamed up with artist Nick Roche, colouring Abigail Bulmer and Letterer Simon Bowland for the eight-page story, Secret of the Keep.

Here’s a preview of our story, which I hope fits seamlessly into Rogue’s past adventures, despite being accessible to readers young and old. 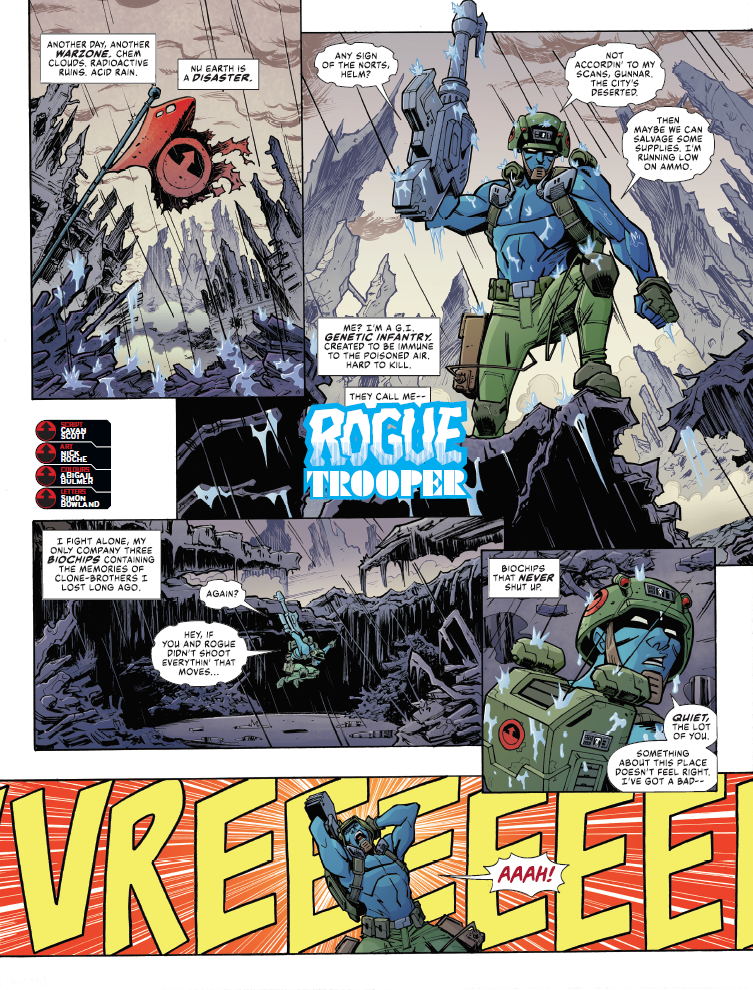 Here’s the rundown of the rest of the issue, straight from Tharg’s mouth:

Cadet Dredd returns, thanks to Chris Weston, with clone brother Rico in two for an epic monster mash as he tangles with the awesome Grudzilla! Elswhere there’s more Mega-City mayhem as Psi-Judge Anderson tackles a dangerous videogame called Spellcraft, brought to you by the mids of Alec Worley and PJ Holden. 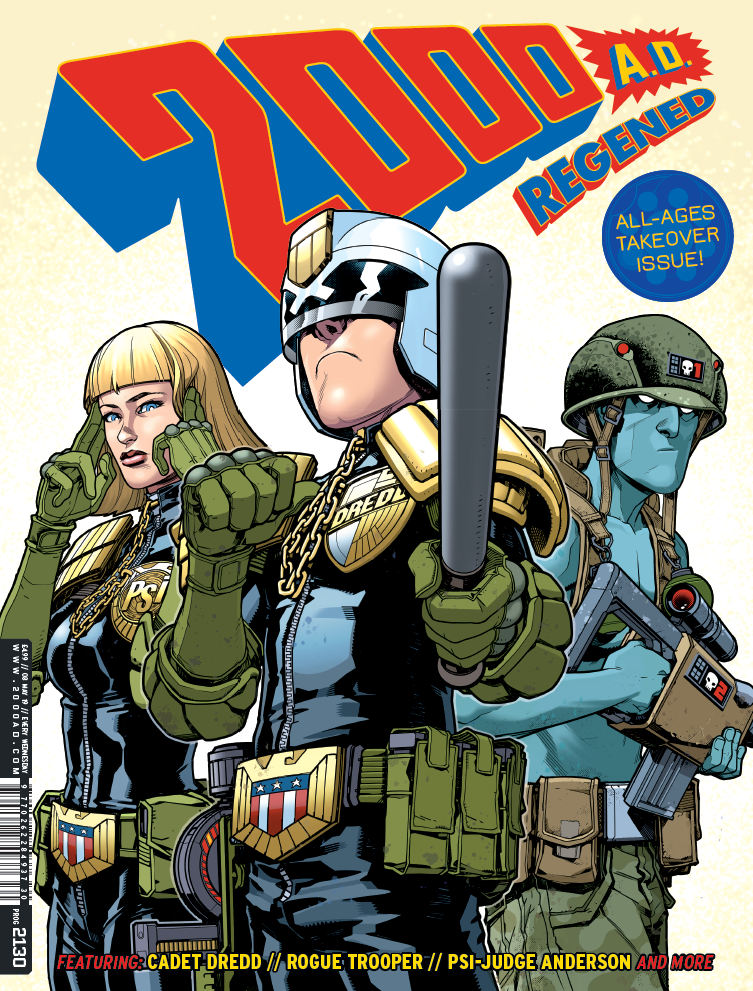