And the announcements just keep coming.

I’m over the moon to be in this wondrous anthology alongside some stunning writers.

Published by Titan Books this September, Wonderland is edited by Marie O’Regan and Paul Kane.

Here’s the blurb as revealed on the Barnes & Noble blog:

From the greatest names in fantasy and horror comes an anthology of stories inspired by Alice’s Adventures in Wonderland, including tales by bestselling authors M.R. Carey, Genevieve Cogman, Catriona Ward, Rio Youers and L.L. McKinney. Join Alice as she is thrown into the whirlwind of Wonderland, in works bending the traditional notions of Lewis Carroll’s classic novel, including ghosts, medieval quests, demons and cyborgs!

And, of course, the cover, designed by Julia Lloyd… 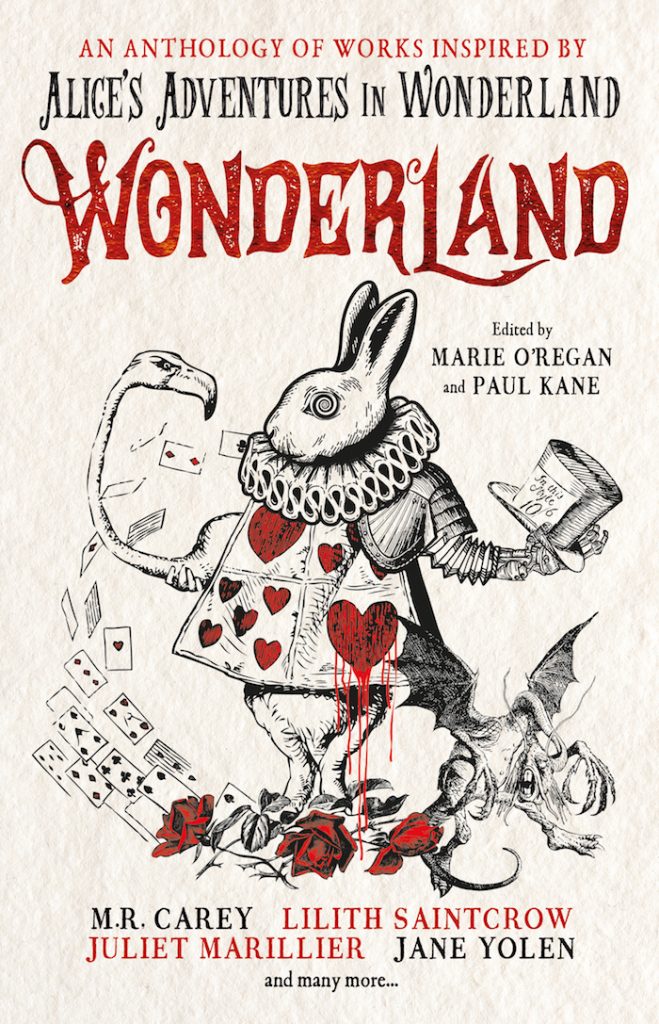 Here’s the full table of contents: