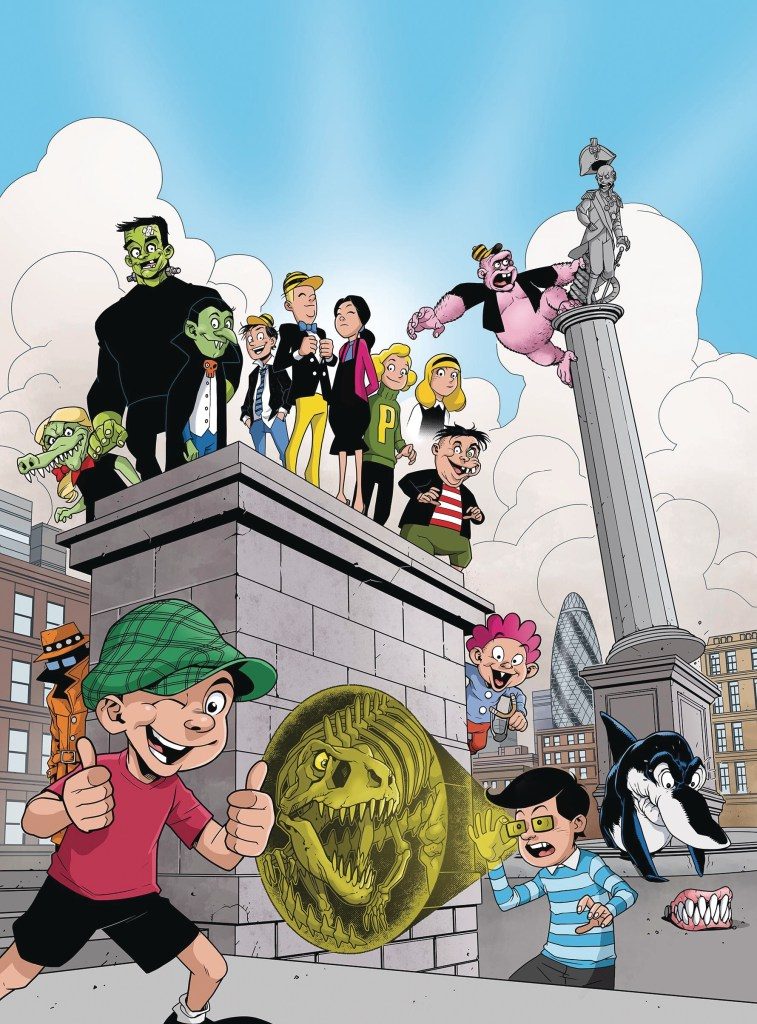 Rebellion Publishing has announced the return of Cor! & Buster for a special one-shot this April, and I’m listed as one of the writers!

Getting the call to write one of the classic IPC characters was a bit of a dream come true. I’ve blogged about my love for the Beano, Dandy and Nutty, but the fact was that I used to devour just about every British humour comic I could growing up, including, of course, Buster, Whoopee and Whizzer and Chips.

I can’t say which character I’ve written just yet, but it’s one I loved as a kid. A real bucket-list moment – and I for one hope that it won’t be my last time either!

Here’s the press release from Rebellion:

The greatest characters from Britain’s golden age of humour comics return this Easter for a one-shot celebration of daft and zany fun!

Rebellion Publishing is proud to announce the Cor! & Buster Special will be tickling your funny bone this spring and a whole new generation of readers are about to experience comics’ humour at its finest!

The 48-page special will hit newsstands in the UK and Ireland, and comic book stores in the UK, Ireland, and North America, on 17th April, retailing at £4.99.

It will be the first use of the vast number of classic humour characters by Rebellion since it acquired the archive of comics publisher IPC and the Cor! & Buster Special offers new takes on some of the greatest characters from Britain’s golden age of humour comics, with an edgy celebration of daft, zany fun.

From the world’s naughtiest baby, Sweeny Toddler, to Gums, the most incompetent shark in the seven seas, this one-shot special will feature top comics talent including a cover by Neil Googe (The Flash), and strips by Ned Hartley (Star Wars), Cavan Scott (Doctor Who), Abigail Bulmer (2000 AD) and Tanya Roberts (TMNT).

The special will also complement Funny Pages, Rebellion’s title for Free Comic Book Day on 4th May, which will be available for free from participating comic book stores around the world.

Editor on the Cor! & Buster Special, Keith Richardson, said: “Humour titles like Cor! and Buster were a massive part of many a childhood but have been sadly missing from the newsstand for years – the time is ripe to bring these amazing characters back for a new generation. Just at a time when many kids will be on their Easter break, this special will introduce them to some of our favourite classic characters, but all with a modern twist. For us, it’s time to put the comical back into comics!”

Humour comics were once a constant staple of the British newsstand, with dozens of titles filled by some of the industry’s greatest talents, such as Leo Baxendale and Ken Reid. IPC/Fleetway titles such as Cor!, Buster, Whizzer and Chips, and Shiver and Shake entertained generations of children for decades. They were part of the acquisition by Rebellion of arguably the world’s largest archive of English-language comics in 2016 and 2018.

Check back for more info soon!