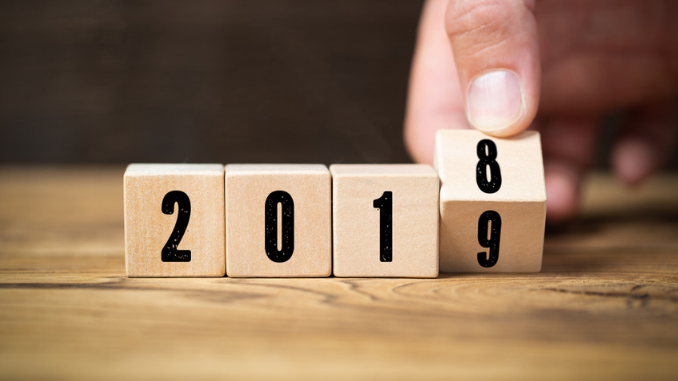 Professionally, it’s been dominated by Star Wars, kicking off with a host of Han Solo and Chewbacca comics and books to tie into Solo. I adored working on my short run for Solo stories for Star Wars Adventures, including the Free Comic Book Day issue, as well as launching the Choose Your Destiny gamebooks for Lucasfilm Press with A Han & Chewie Adventure. It’s hard to believe that we’re now preparing for the launch of the third book in the series, with plans for more exciting CYD projects to come.

SWA also gave me a chance to bring back two of my favourite Legends characters in the form of Jaxxon & Amaiza. And of course, there was Vader. Tales from Vader’s Castle was a dream project (not just because it featured Ewoks) & I love the response our spooky special received.

Away from Star Wars, I wrote a new Doctor Who audio for Big Finish (out next month), had a short story published in the Missy collection, saw The Lost Dimension collected in two trade paperbacks, published an updated version of Who-ology with Mark, and attended my first ever Gallifrey, which was a hoot from beginning to end. For the first time in years, there’s no Who on the horizon, which seems a little strange, but never say never.

Thanks to Legendary Pictures, I got the chance to work on two Pacific Rim projects, with Pacific Rim Aftermath which was my own love letter to the first movie, while Amara gave me my first Line Webtoon strip. Hopefully it won’t be my last.

Most of the rest of the year was taken up with writing Warhammer Adventures for Games Workshop, which has been a challenge, both professionally and personally, dealing with an initial burst of agressive fandom that soon gave way to A LOT of encouragement and positivity. I’m just about to start work on Book Six, which seems a bit crazy as Book One isn’t out until Feb 2019, but that’s publishing for you.

But what about the future? Well, there’s Ghostbusters, Sonic the Hedgehog and The Incredibles comics to come (plus plenty more SWA) and I’m working on a number of exciting things, one of which is going to be announced next month.

And then there’s the huge I-can’t-believe-they-asked-me-to-be-a-part-of-this project which has dominated much of my thinking since the summer. I’m still pinching myself on that one. It’s scary and is definitely pushing me out of my comfort zone, which means that its totally worth it. It’s definitely the biggest thing I’ve ever been involved with and I can’t wait to share it with you, but that day will come. In the meantime, plans are being drawn up with an incredible bunch of people. And there’s the creator owned comics I’m working on, plus a new joint venture with George Mann and… well, lets just say that 2019 is going to be busy.