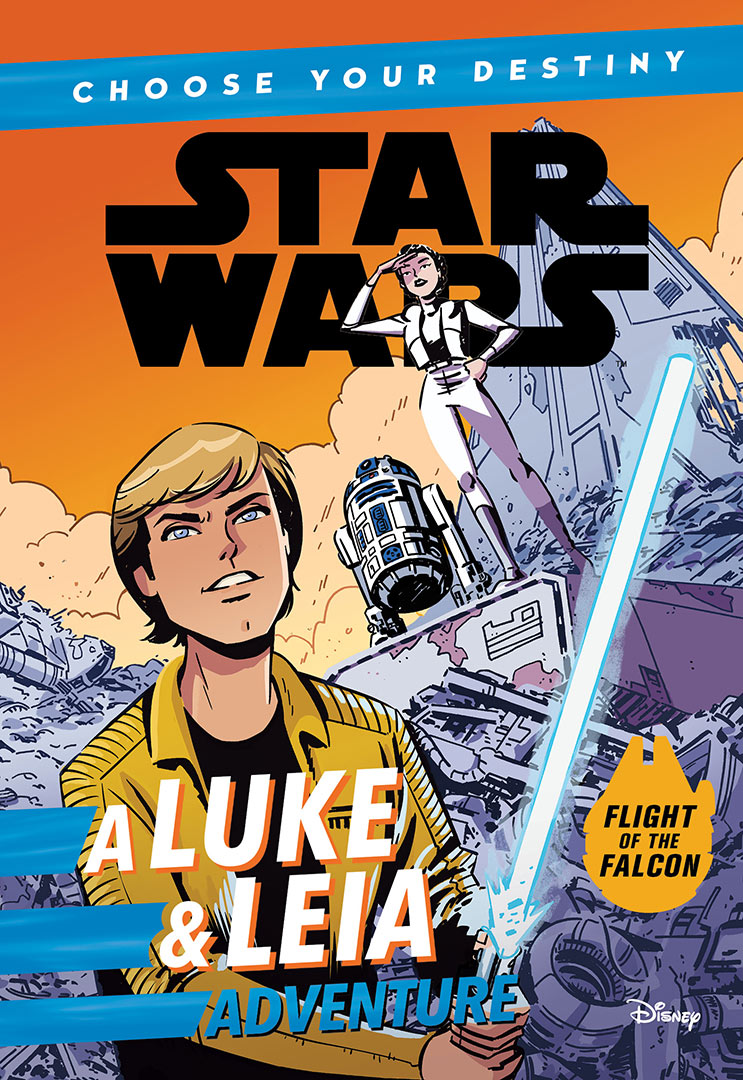 The second Star Wars Choose Your Destiny gamebook is released today – A Luke and Leia Adventure.

Once again beautifully illustrated by Elsa Charretier, the book lets you slip into Luke’s X-Wing cockpit. When Rebel ships start going missing and Mon Mothma is reluctant to sacrifice more pilots, Princess Leia Organa asks Luke (ie. you) to mount a daring rescue mission. There’s only one snag… she wants to steal the Millennium Falcon to do it.

This one’s special for me for a number of reasons. I visited Lucasfilm’s offices in San Francisco to discuss the early stages of the plot with Story Group’s Leland Chee and editor Caitlin Kennedy. I managed to sneak in one of my all-time favourite TIE variants (well, sneak is stretching the point a bit. I asked and Leland said yes!)

I also got in a brief reference to my daughter’s favourite Rebel, plus a tip-of-the-hat to one of my favourite characters from the original Marvel run. (Can you guess which one? It shouldn’t be too difficult.)

It also gave me a chance to write C-3PO and R2-D2, pop in a link to A Han and Chewie Adventure and name a character after George Mann’s son,James.

There’s even a Star Wars Resistance reference in there!

Oh, and it features an amazing picture on page 111 which I knew would make my daughters smile. It’s Elsa at her very best.

Jump inside the Millennium Falcon and help Luke, Leia, and R2-D2 as they journey across the galaxy on a mission for the Rebellion after the destruction of the first Death Star.

With over twenty possible outcomes, readers will have to think like a real rebel to keep Luke and Leia safe from pirates, Imperials, and everything between!

Thanks to everyone involved in the creation of the book, especially Elsa, and to everyone who’s going to pick it up. I hope you make it all the way to the end of the canon path!

Star Wars Choose Your Destiny: A Luke and Leia Adventure
is available in all good bookshops, including: