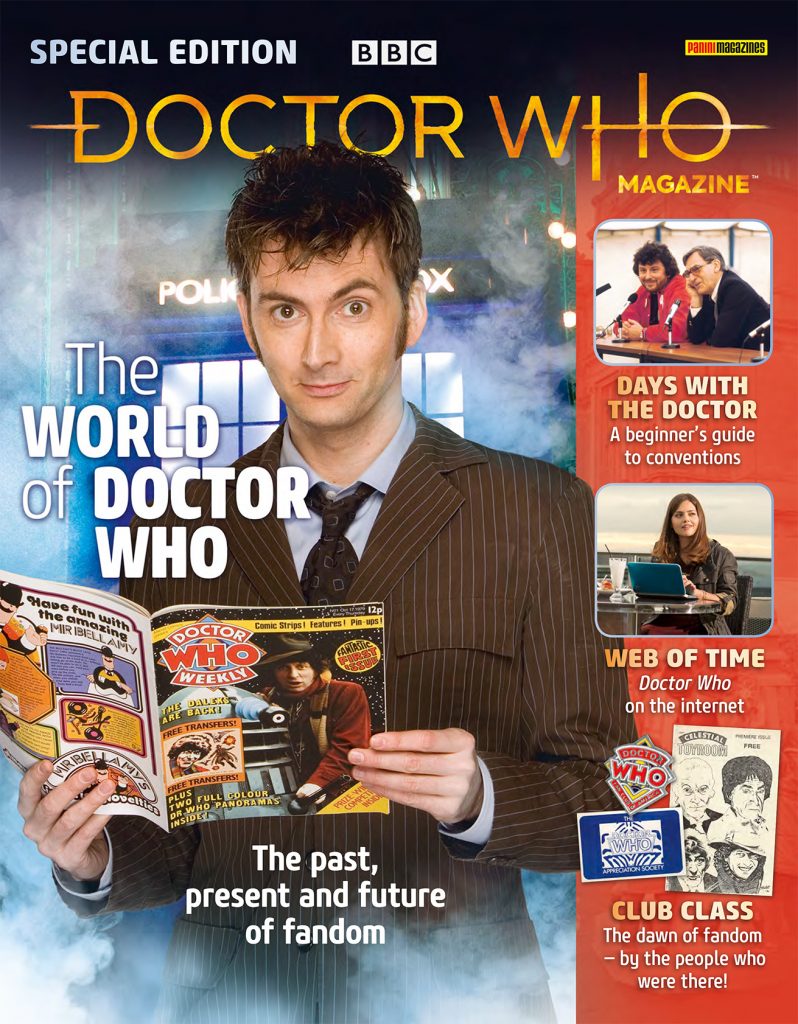 The latest Doctor Who Magazine Special Edition – The World of Doctor Who – has hit newsstands, focusing on the changing face of Doctor Who fandom over the years.

I pop up in an article on Audio Visuals, the series of Doctor Who fan audios that would eventually led to the creation of Big Finish Productions. I’m there to offer a fan’s perspective as, back in the Nineties, I loyally sent off for the amateur adventures, starring the future voice of the Daleks, Nicholas Briggs, as the Doctor. The article itself is a fascinating history of the series, written by my old mate, Mark Wright.

The first Audio Visual I heard was Deadfall by Gary Russell, which I bought as it featured Daleks. I still remember a conversation between quarrelling Daleks about whether they should obey orders or not. It seemed fresh and new in a way that I hadn’t seen for a while. I was a Doctor Who fan of the 70s and 80s when Davros reigned supreme, and the Daleks themselves had been reduced to foot (or should that be fender?) soldiers. Plus, there was a strong Alien vibe to Gary’s story, which was something I probably projected onto it as I was reading a lot of Dark Horse Aliens comics at the time. Either way, I was hooked and started collecting the older stories as well.

Why did they mean so much to me? Well, first and foremost, I loved radio drama and there wasn’t a lot of audio Doctor Who material around. Plus, as I say in the article, I could see a lot of 2000AD in them. It was as if Tharg the Mighty had got a job producing Doctor Who.

Mythos by Jim Mortimore still stands out for me, a full-on high fantasy adventure. And I totally bought into Nicholas Brigg’s slightly jaded, battle-weary Doctor. A lot of that last season of Audio Visuals reminds me of the 2005 revival – a shell-shocked Doctor who is constantly trying to hide just how much he is suffering, plus, of course, the fact that Gallifrey is gone. They were stories that, because of their unofficial nature, could take risks and did so wonderfully. 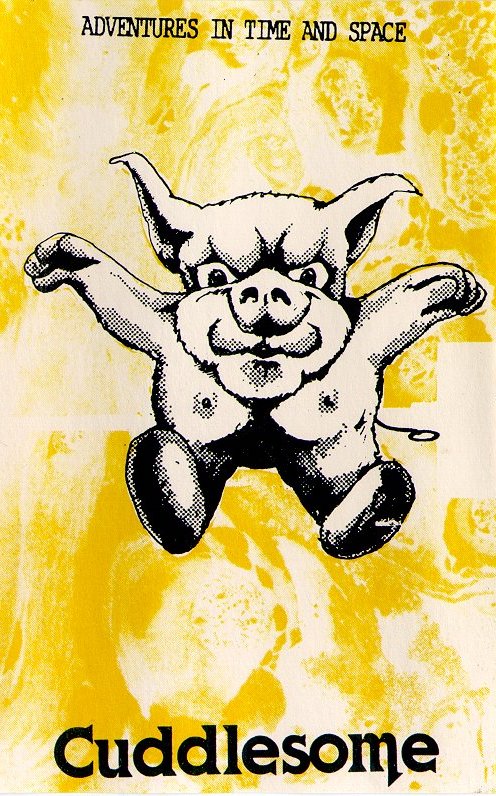 Cuddlesome by Nigel Fairs was another great adventure. Killer teddy bears and Askran, Audio Visual’s very own malevolent Time Lord played by John Ainsworth – what’s not to love? I mean, I adore the Master and the Rani, but Askran? He turned Nick Brigg’s Doctor into a drug addict, for heaven’s sake.

The one I think I listened to most was Requiem by Andy Lane, which had a great science fiction idea at its core, and, as it dealt with music, really made the most of the medium. I absolutely loved it. So much, in fact, that I slipped a Requiem Easter Egg into last year’s Dalek book. If you look through the captions of the book, you’ll see mention of Gregori Glasst, the composer who nearly brings about the end of the universe in Andy’s script.

Audio Visual references in my work are nothing new. The villainous Askran featured heavily in the first pitch Mark Wright and I sent to Big Finish. The original vampire hunter in Project: Twilight was none-other-than Askran staking vampires on behalf of the High Council of Time Lords to atone for his crimes. Now, in the long run, we were right to replace Askran with an original character (albeit one heavily influenced by such characters as Blade), but the roots were there. I think for me, those early Big Finishes felt like an extension of AV, which isn’t surprising considering the involvement of folk like Gary, Nick and Nigel.

These days, I have a huge collection of audio books and dramas, but every now and then, I reach into my box of Audio Visual cassettes. In fact, a few short weeks ago, I re-listened to Carny by Jim Mortimore, which still managed to unnerve me all these years later.

The World of Doctor Who is available now. Here’s the blurb from the Doctor Who Magazine website:

There have been Doctor Who fans for as long as there has been Doctor Who. And like the show itself, fandom has spent decades evolving into a global phenomenon, with enthusiasts in such far-flung territories as the United States, China and New Zealand.

If you’re new to Doctor Who, or curious about the way its viewers are inspired by the programme, then this unique guide will tell you everything you need to know about television’s most devoted fans.