Last week, I was honoured to play a small part in Portsmouth Comic Con, one of Britain’s newest, and most exciting, conventions.

It was clear from the queue that snaked around Portsmouth’s Guild Hall early on Saturday, that the con was going to busy. Sure enough, the buzz from the moment the doors opened was fantastic. I was particularly pleased as Portsmouth was also my daughters’ first ever comic con and they loved every minute!

Things kicked off for yours truly with a Doctor Who Comics panel alongside writer Rob Williams and artist Simon Fraser, moderated by Titan Doctor Who editor John Freeman. I can honestly say that I have never babbled on about the likes of Abslom Daak in such grand surroundings.

Just look at those chairs (or as we liked to call them… thrones!)

My panel duties done, we took to wandering the floor, the girls particularly excited about the retro gaming room and the virtual reality expo which gave them a chance to indulge in a little lightsaber training. 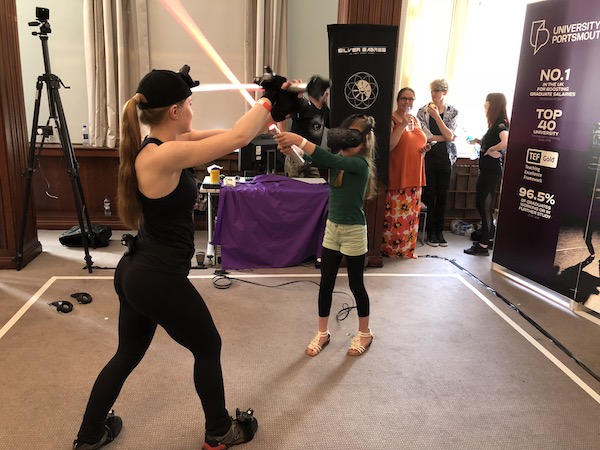 We also made sure we kept checking back on FX maestro Gary Pollard, who was crafting an incredible Sea Devil sculpture throughout the day.

Here he is at work… 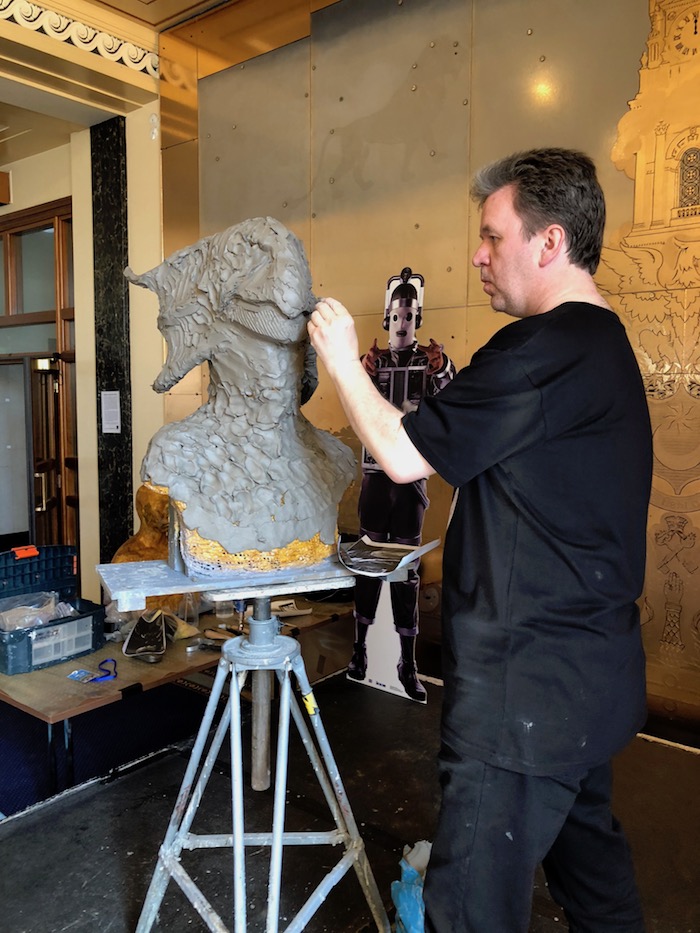 And here’s the (nearly) finished result… 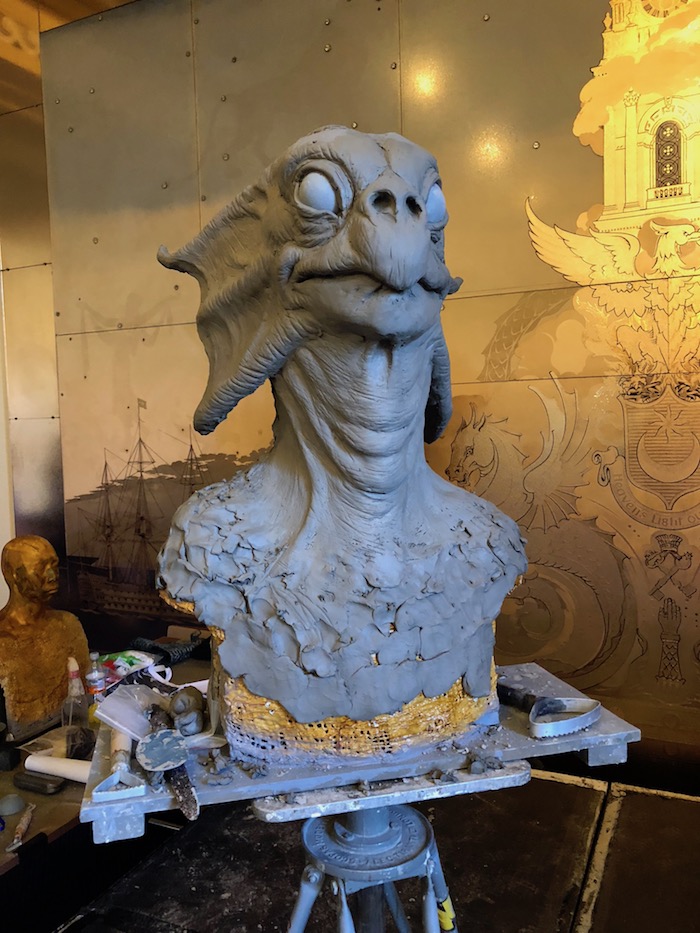 I really hope we get to see the Sea Devils back in Who in the near future.

And of course, there were a number of photo ops along the way, with this ranking as my personal favourite.

Another highlight was listening to one of my absolute comic heroes, Walt Simonson, discuss both his career and life-long fascination with Norse legends. We came out of the panel with Chloe asking to read his comics. Result! 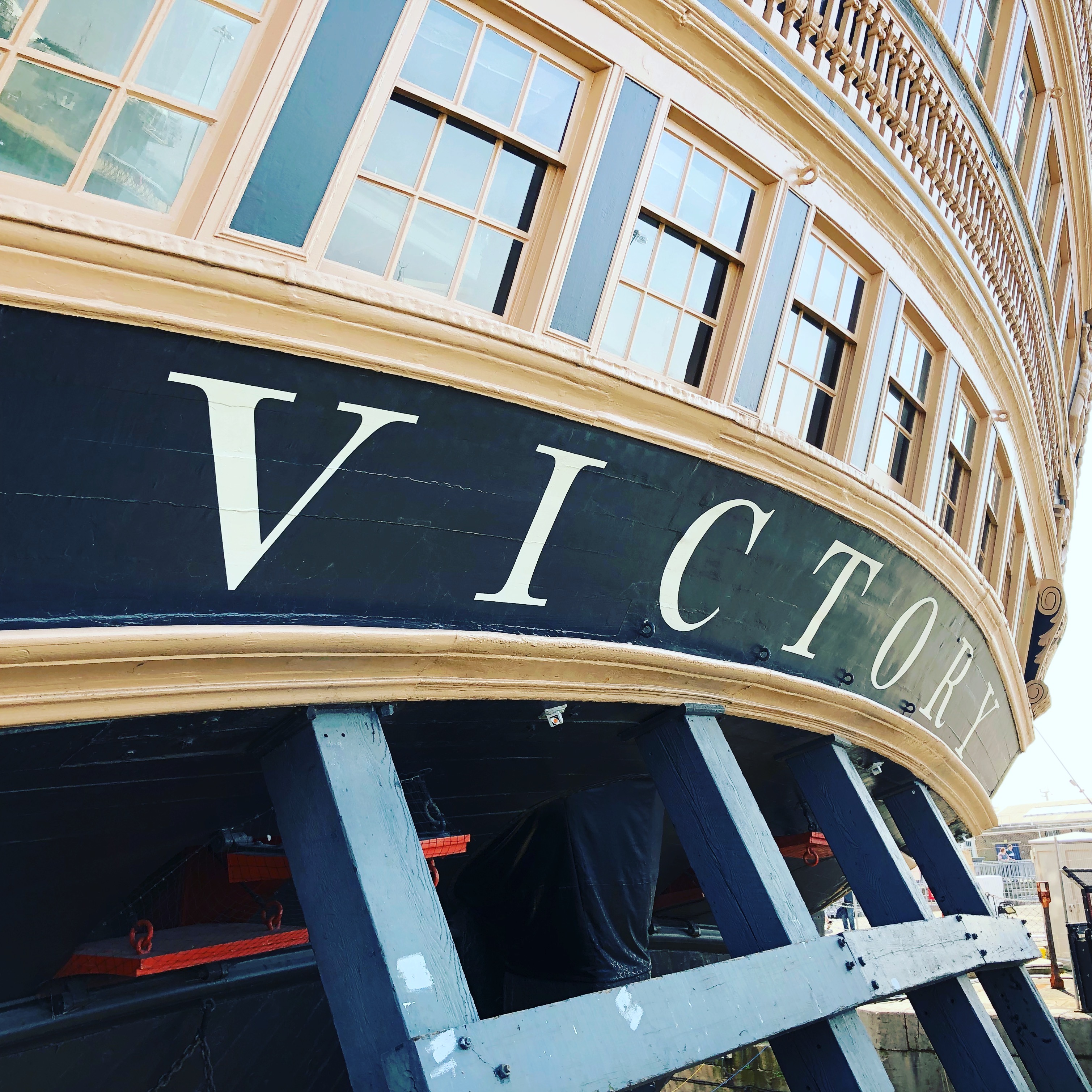 The next day we were off to do tourist things, including visiting HMS Victory (which I can’t recommend enough – such an incredible ship).

However, while the girls squeezed in a bit of Sunday morning shopping, I popped back into the con to catch up which some of the folk I’d missed, including Punks Not Dead writer David Barnett, horror master Ben Templesmith and Winnebago Graveyard artist Alison Sampson.

Hats off to Joel Meadows and the rest of the organisers for putting on such an incredible first con. I’ll be sure to be back in the future to what I’m certain will become a mainstay of the UK comic scene.

The dates for next year’s events have already been announced so keep an eye on the Portsmouth Comic Con website for more info.