Issue 4 of Pacific Rim: Aftermath is out today from Legendary Comics.

As always, the issues feature two stories from me, part four of Aftermath, with art by Richard Elson and colours by Guy Major and Charlie Kirchoff, plus I Am Pentecost Chapter Four with art by Beni Lobel and colours by Christopher Sotomayor.

Letters and design on both strips is by John Roshell, Jimmy Betancourt and Sarah Jacobs of Comicraft.

In Aftermath, Hannibal Chau has grown his own genetically-engineered Kaiju, while in the middle of a Sisters of the Kaiju rally, Griffin comes face-to-face with a blast from the past.

Meanwhile, in I Am Pentecost, Jake tries to come to terms with his relationship with his adopted sister, Mako Mori. 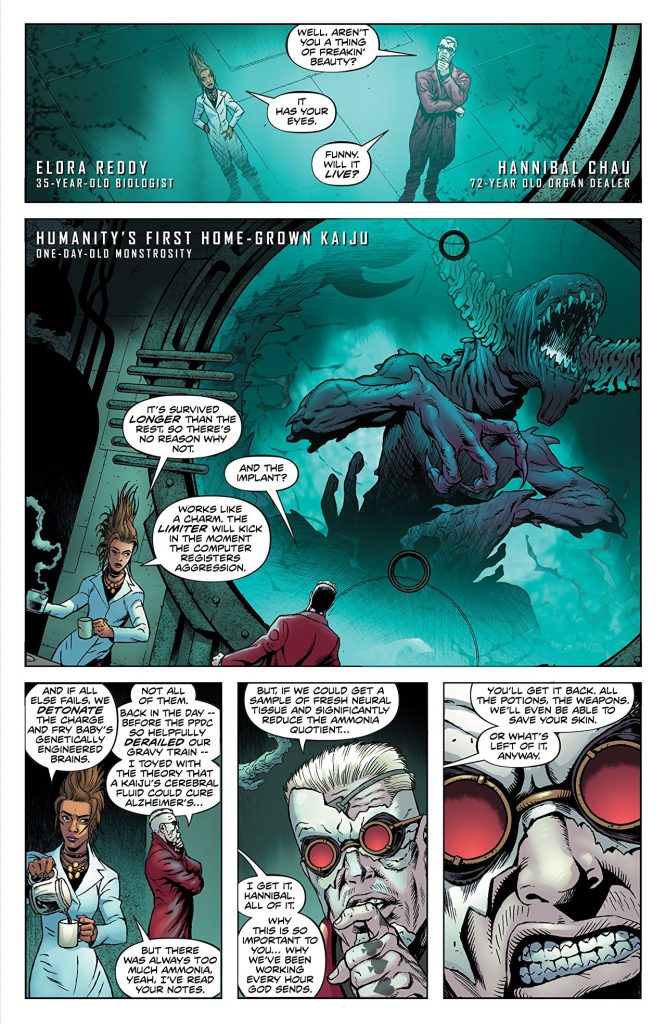 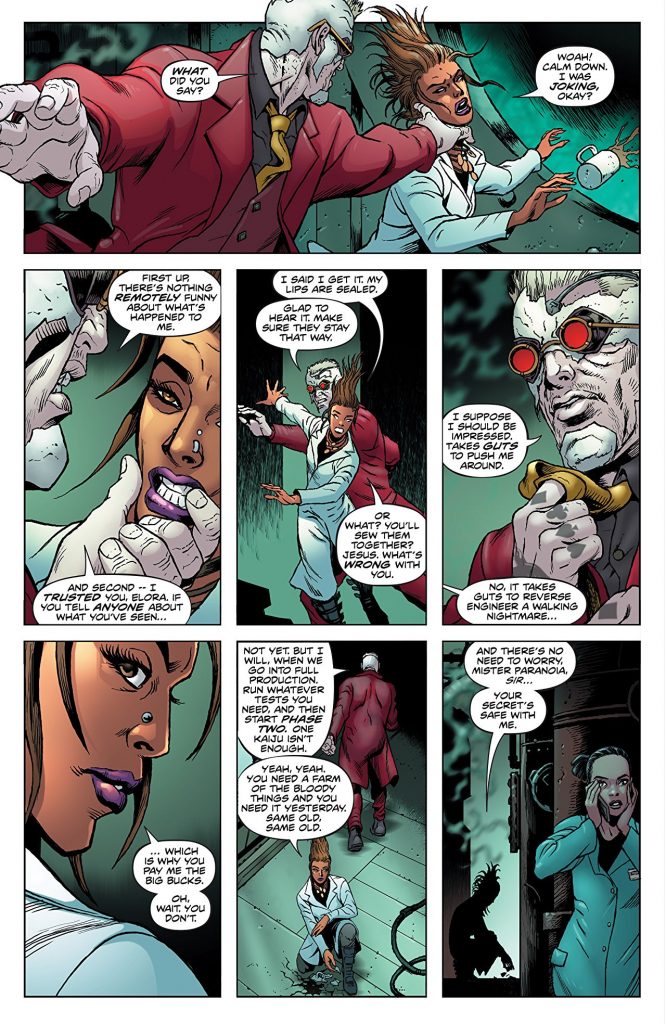 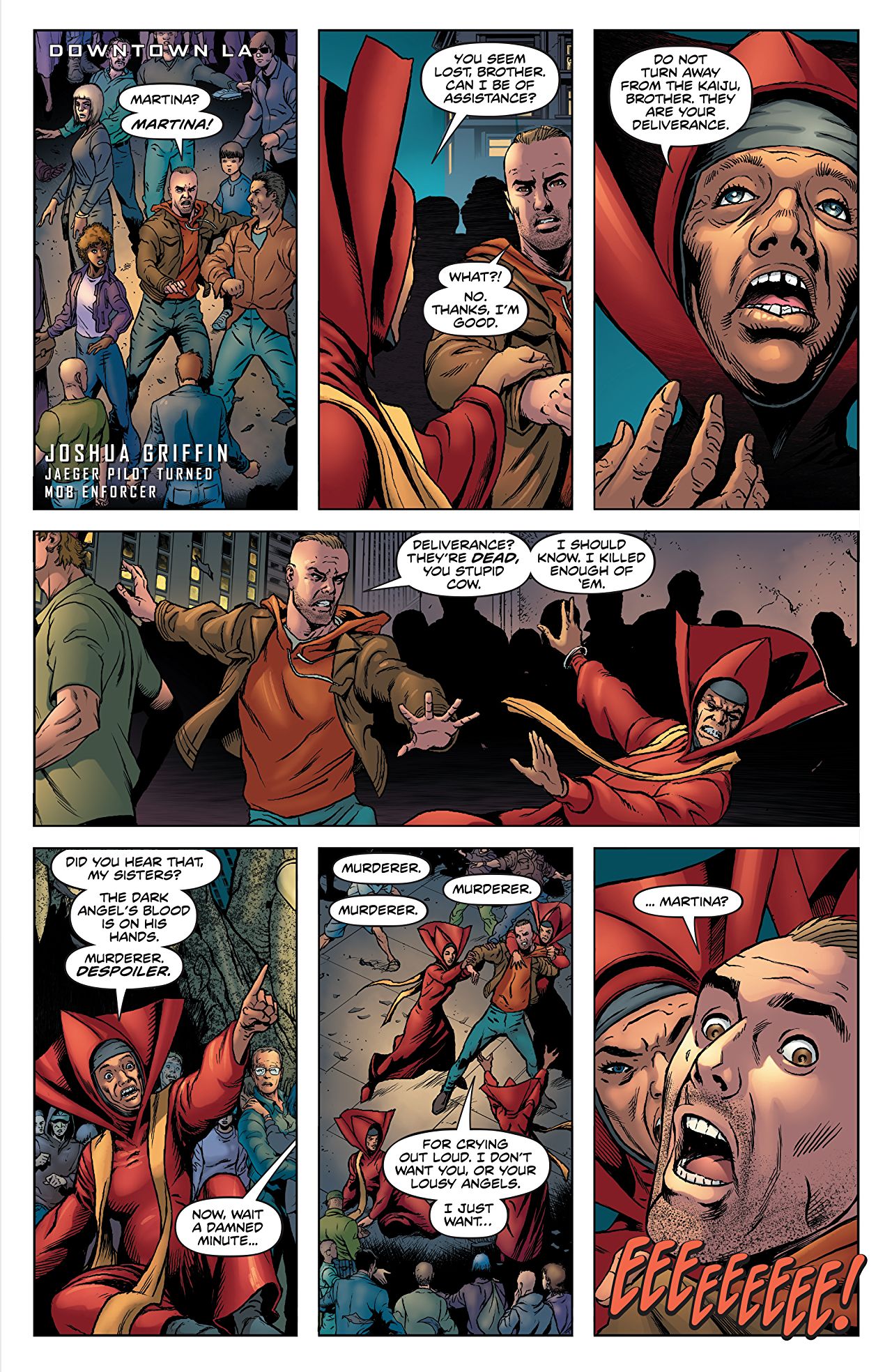 Pacific Rim: Aftermath #4 is available now from all good comic stores and digitally at comixology US and UK. 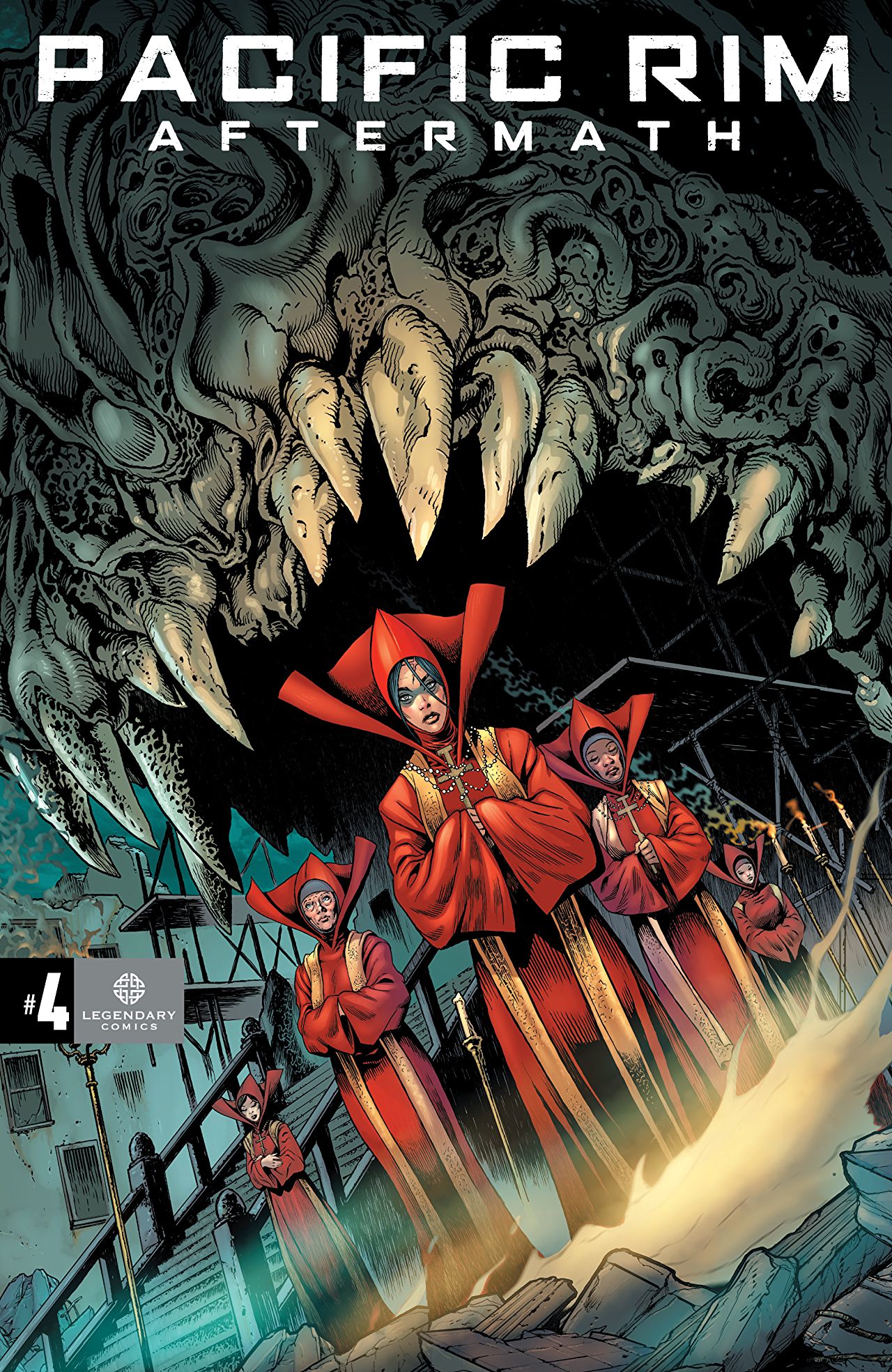