There are a lot of things I like about my birthday.

First up, it’s my birthday.

Secondly, I share it with the Tenth Doctor David Tennant and Superman.

Thirdly, my wife makes me a black forest gâteau every year. 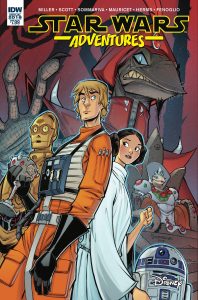 This year I have something else to add. It’s the day Jaxxon returns to Star Wars and I wrote the script! The big lug even has a new hashtag thanks to some amazing fans – #JaxxonDay

The Eggs of Livorno appears in Star Wars Adventures Annual 2018, published by IDW. A big shout out to Alain Mauricet who brought the adventure to blistering life. I had a blast working with Alain, and hope it won’t be long before we team-up again. A heads-up to Chris Fenoglio who provided the fantastic colours and Tom B. Long who was our awesome letterer.

A big shout out to Star Wars Adventures editors, Bobby Curnow and Denton Tipton, and Michael Siglain and Matt Martin at Lucasfilm for making this happen.

Of course, The Eggs of Livorno is only the Annual’s back-up strip. The main feature is Mind Your Manners, a Luke and Leia adventure by John Jackson Millar, artist Jon Sommariva (who I worked with on the first Tales From Wild Space), Matt Herms on colours and Tom once more on letters.

I’ll be posting my writer’s notes coming soon, but in the meanwhile, here’s a preview of the first page. Gotta love that ship – the Rabbit’s Foot flies again! There’s a few Easter Eggs to the original Marvel run of comics in the 12-page story, so keep your eyes peeled. 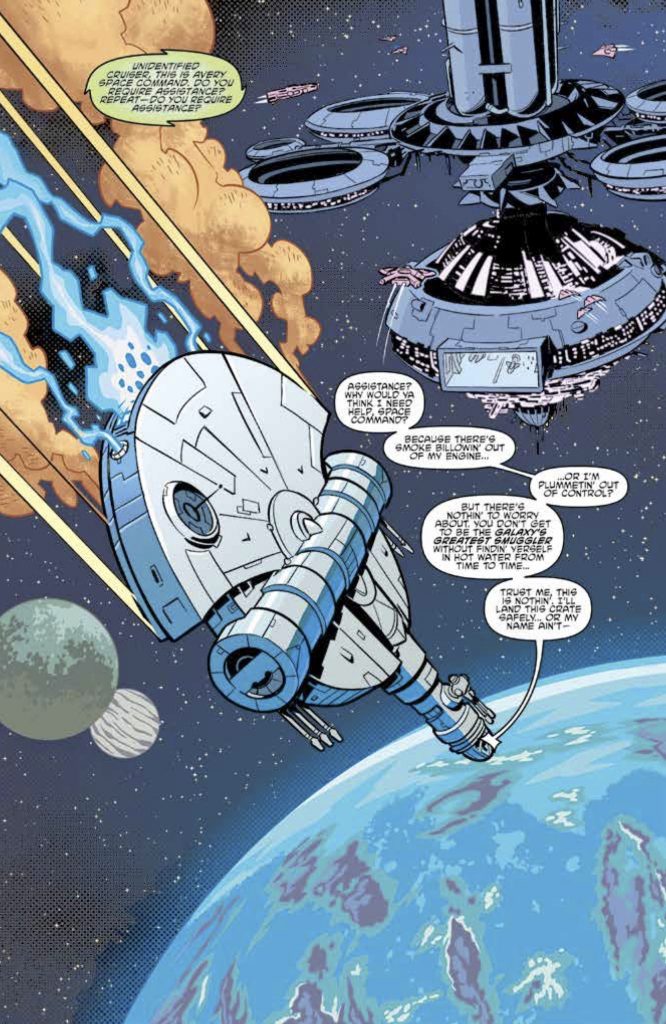 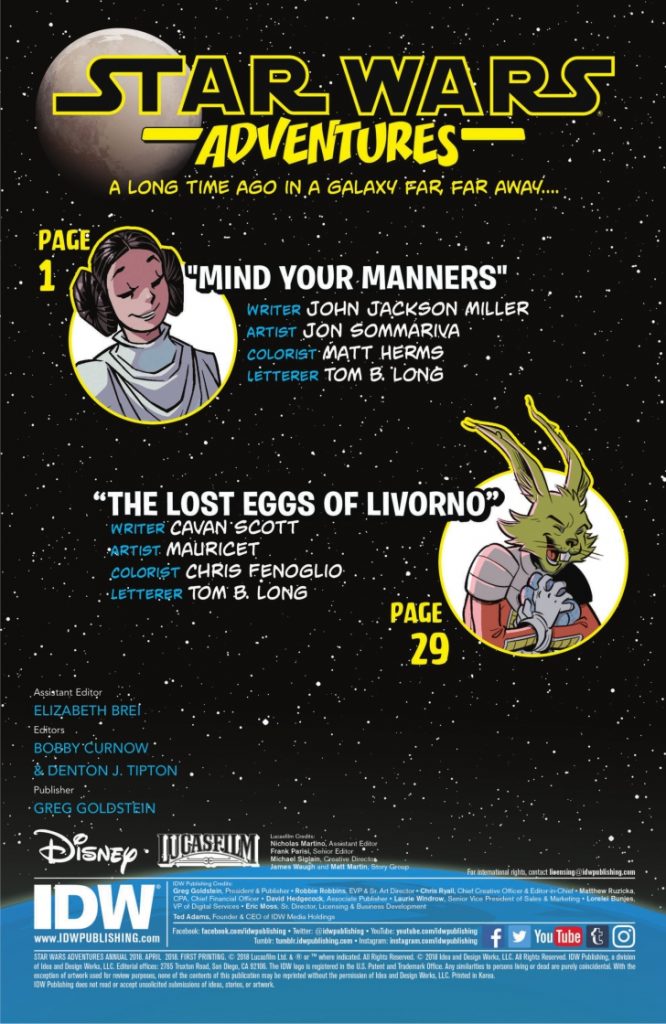