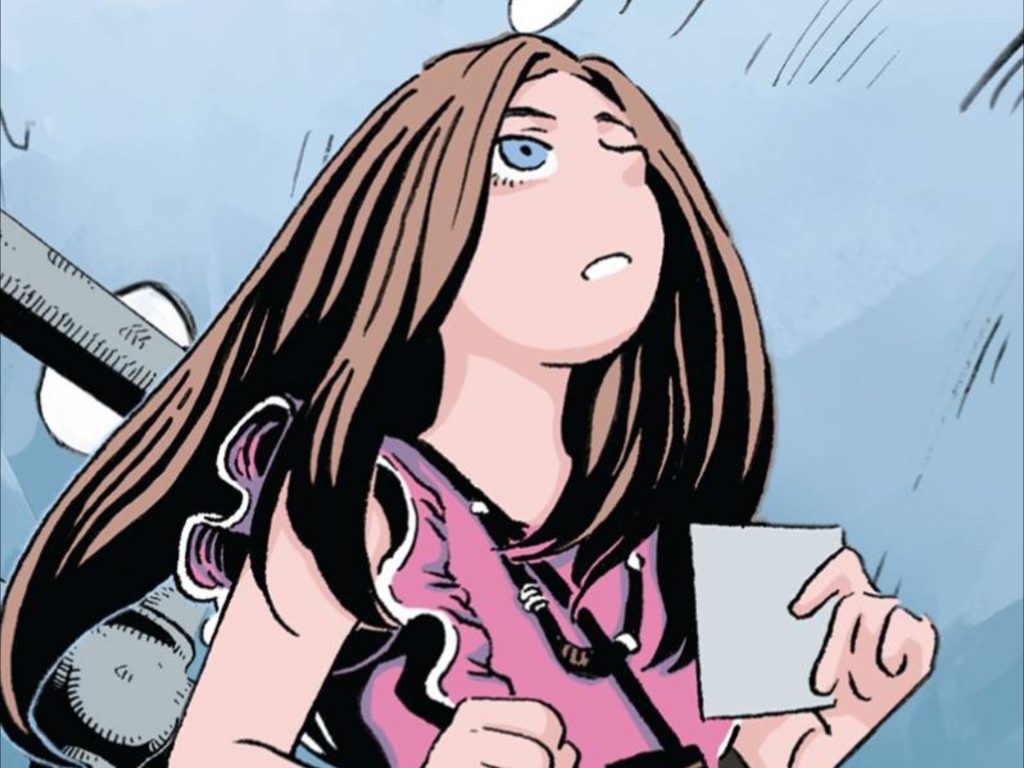 The serialised adventure tells the back-story of Amara, as played by Cailee Spaeny in the upcoming sequel, Pacific Rim: Uprising.

It’s been a fascinating experience as I’ve been working with Chinese writer Zhang Ran and artist BigN, a truly international collaboration. And yes, you can imagine how tricky navigating the timelines between California, England and China has been, but we’ve survived and the comic launches today.

As the Kaiju Wars rage on, Pacific Rim: Amara follows the young heroine whose life shattered when she is orphaned during a devastating monster attack. Fighting to survive as her city is destroyed, she finds shelter with a grumpy mech-inventor named Kai and his closest companion, Hannah.

The trio forms an unlikely family in the aftermath of the invasion, looking out for one another and scavenging old mech parts to build their very own Jaeger, a pilotable giant robot with the power to protect Amara from the monsters that took everything from her.

To briefly introduce my co-creators, Ran’s first published story, Ether won the Yinhe Award & Gold Xingyun Award in China and The Windy City, a collection of his short stories, was published in 2015.

BigN is artist of several comics in China’s Man You Magazine including Night Owl Bookstore, Special Repair of the Village, Invisible Stars of the City, Monster and Deep in the Forest which won the 13th Chinese animation Dragon Award Best comic silver medal.

Available for free on the LINE Webtoon website and mobile apps, new episodes will be available every Friday for the next three weeks, serialising Amara’s story from a frightened five-year-old girl to the self-reliant young woman we see in the movie.