Yesterday was a day of Star Wars interviews. Not only did I turn up on The Star Wars Show, Derek Charm and I were interviewed about our upcoming Star Wars Adventures Free Comic Book Day issue. 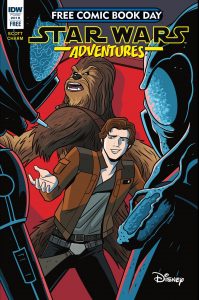 FCBD: Many newcomers will pick up comics for the first time on FCBD—what was the first comic you remember reading?

Scott: The first comic I can remember reading was a weekly kid’s comic called The Beano, which has been going strong over here in the UK for 80 years. From that, I moved onto 2000AD and also discovered American superhero comics. I think the first US comics I read were Marvel’s Star Wars comics back in the late 70s, but I definitely know the first ever super-hero comic I read was DC Comics Present #26, which was a team-up between Superman and Green Lantern, plus the first ever appearance of the New Team Titans! I must have read that one over and over again.

Charm: The first comic I remember reading and loving was Superman: The Man of Steel #22, which I got in a big package of comics from Toys R Us. It’s the debut of Steel just after the Death of Superman. John Bogdanov’s art really stuck with me, it was unlike anything I’d seen before. And of course, it was written by Louise Simonson, who I’d later work with, and has become one of my favorite people in comics.

You can check out the full interview on the Free Comic Book Day website, which also showcases Derek’s amazing artwork from the issue. 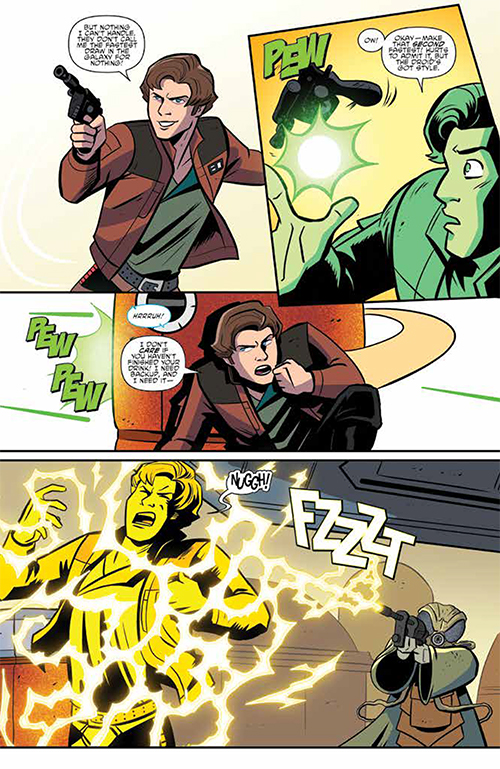