EW.com has just broken the news about the various books and comics that are being published to support the upcoming Solo: A Star Wars Story movie, and I’m please to say that I’m involved in four of them, all aimed at middle-grade and older readers.

This was the news I’ve been sitting on for well over a year. I’ve written the first of a new series from Lucasfilm Press. Star Wars Choose Your Destiny puts you in command of the Millennium Folder.

In the grand tradition of gamebooks, you make choices as you read, choosing the adventure for Han and Chewie as they face down Imperial fighters, dangerous criminals and more. 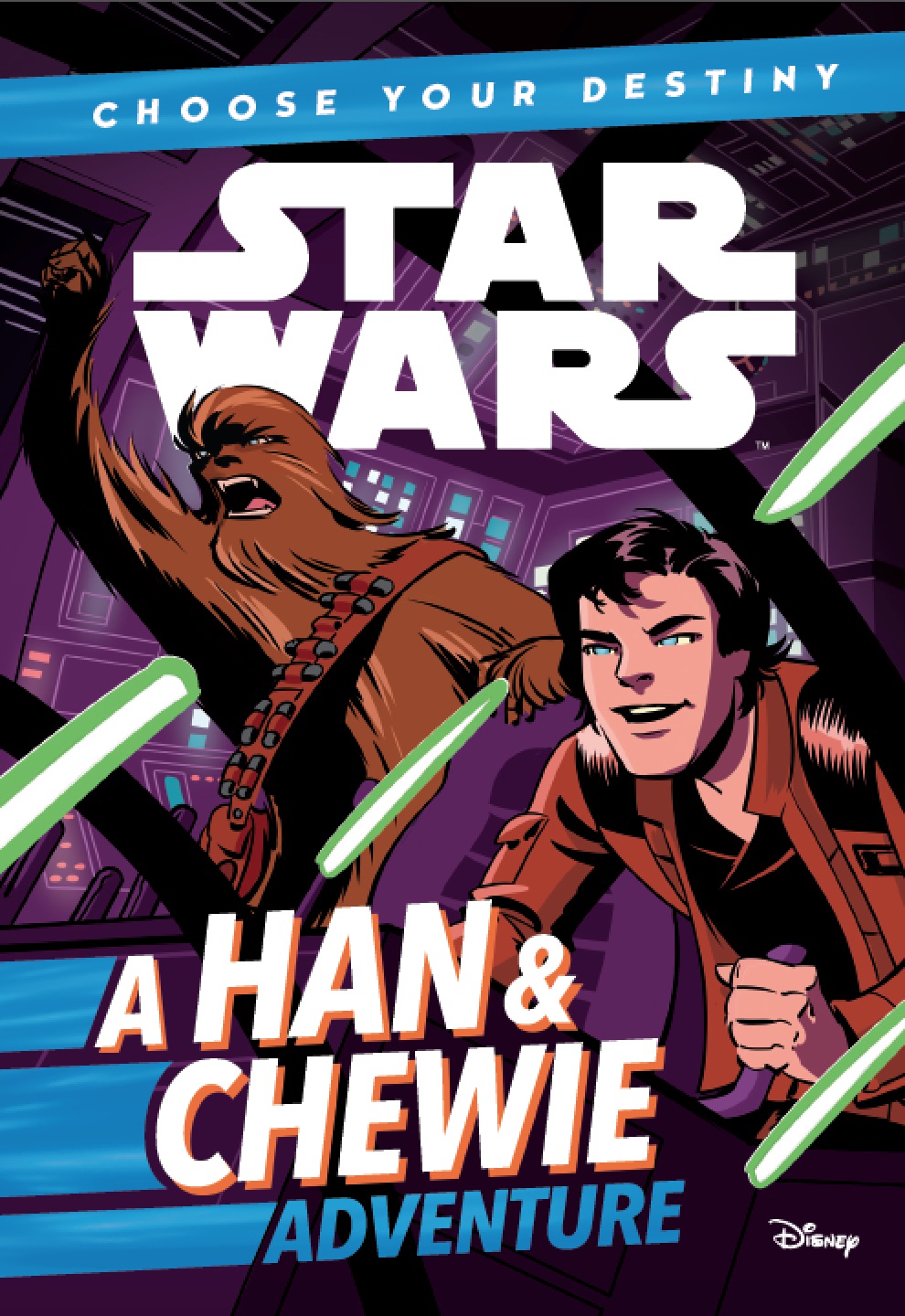 Working on this project has combined two of my childhood crazes, Star Wars and gamebooks.  I was a big fan of series like Fighting Fantasy and Choose Your Own Adventure when I was younger, and have always wanted to write one of my own.

How amazing that my first one features two of my favourite characters? I still can’t quite believe I’ve written for Han and Chewie.

(And yes, I have bought action figures and LEGO sets to celebrate and, erm, help me plot the stories…)

It’s also been fantastic working with this incredible Elsa Charretier who provides beautiful full-colour illustrations for the adventure, including that cover. You can almost hear the PEW PEWs of those blaster bolts!

Oh, and for those of us who worry about these things, while there are a number of alternate routes that unfold as you play the game, making choices for the Galaxy’s greatest scoundrel, there is one true path that is official Star Wars canon!

I’m also excited to team up once again with fab artist Derek Charm for IDW’s Star Wars Adventures. The Free Comic Book Day edition had already been announced, but we were sneaky and released the news with a false cover, (which Derek tweeted here).

Now we can reveal the real thing… 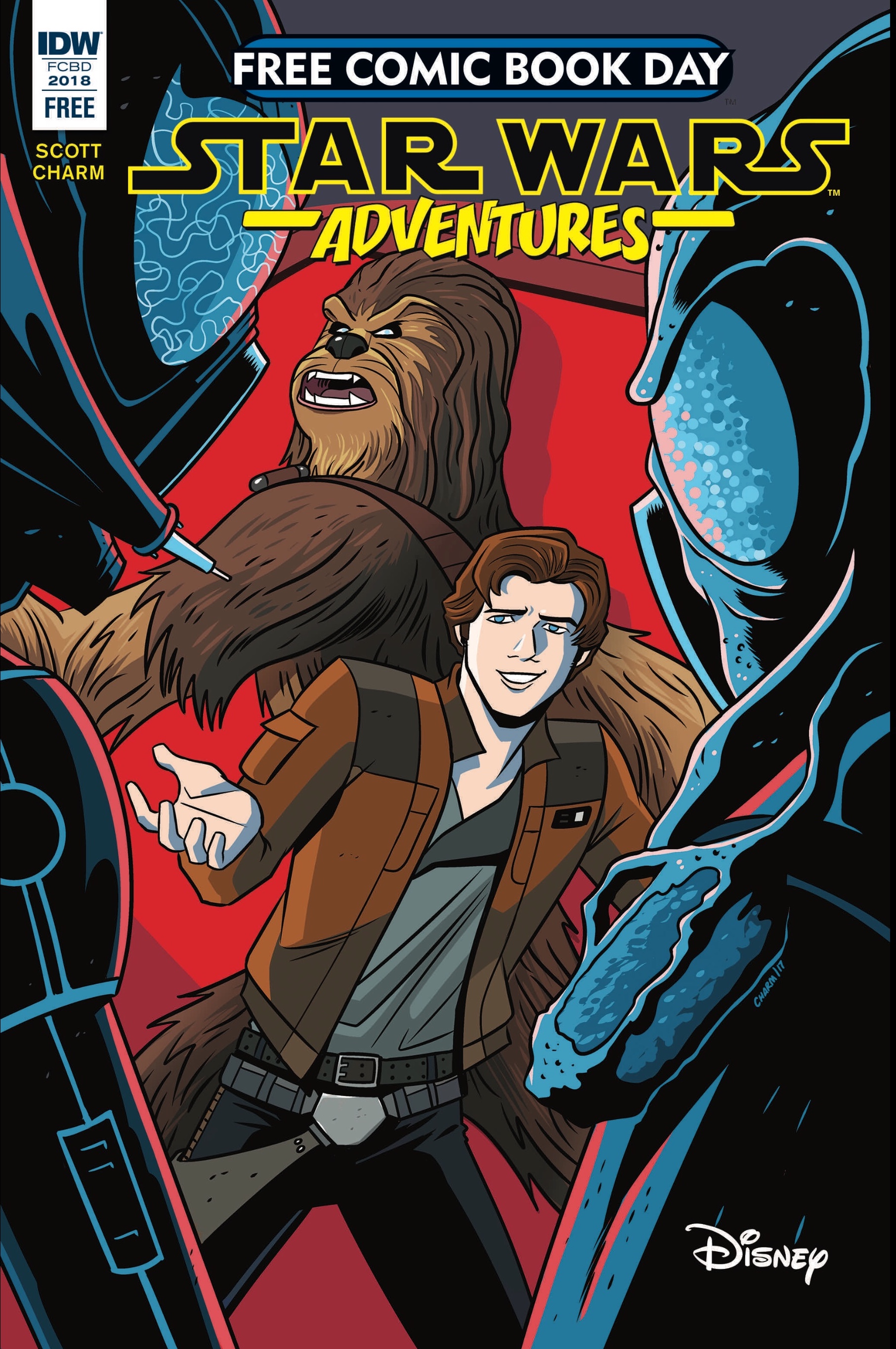 Yes, Bounty Hunters Zuckuss and 4-LOM are chasing down Han and Chewie in a special adventure that you can pick up for FREE at supporting Comic Book Stores on Saturday May 5th.

The story leads into Powered Down, a two-parter that runs in issue 10 and 11 of Star Wars Adventures, with art again by Derek.

Here are the covers: 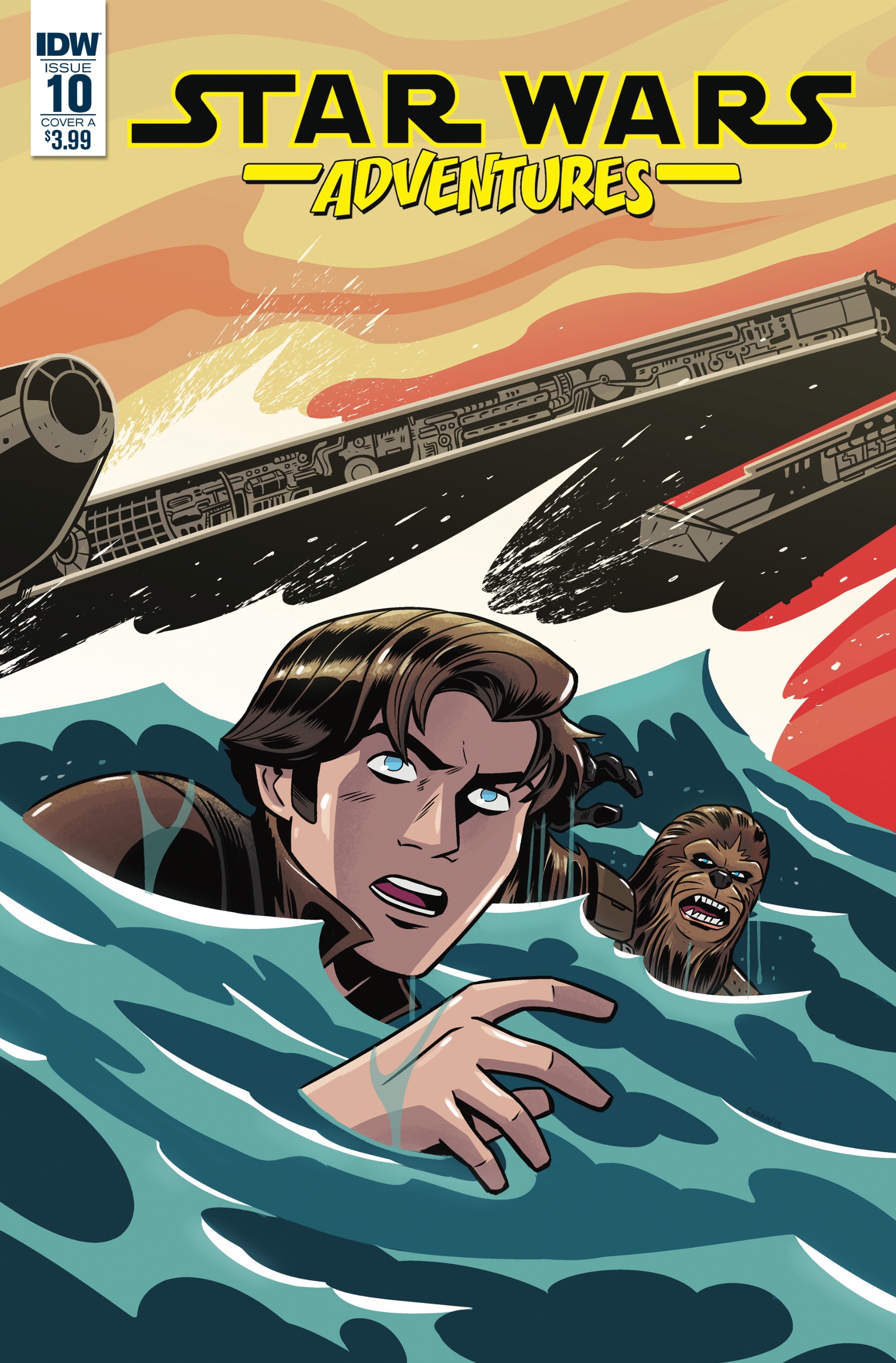 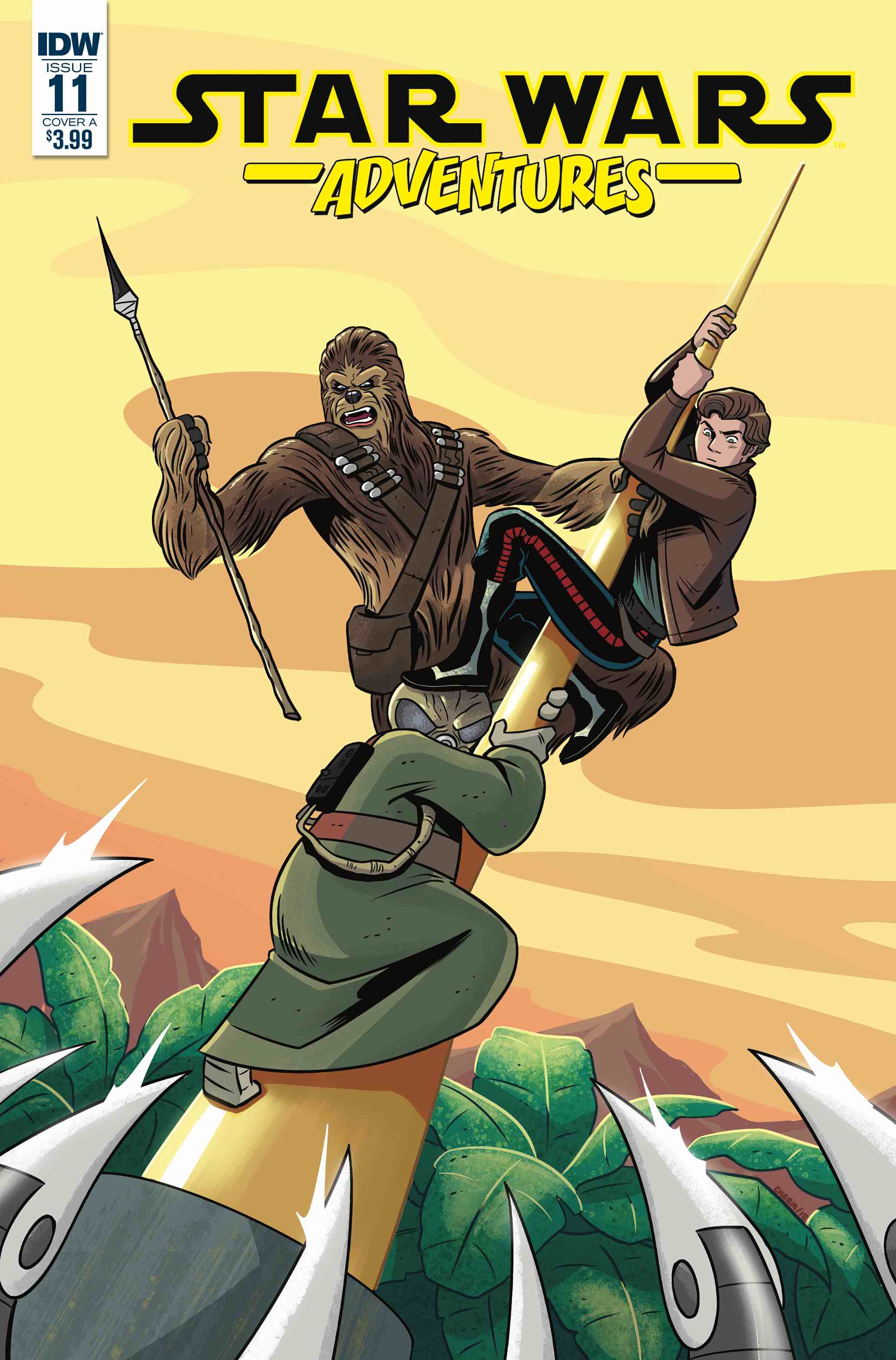 The issues crash through Hyperspace in May and June respectively, and as you can see, Zuckuss and 4-Lom come along for the ride.

I can’t really say more about the book and comics… yet… but more details are on the way. Stay tuned.

And don’t forget to check out the EW.com story on the other awesome Solo books and comics that are coming your way. I’m especially excited about Last Shot by Daniel José Older. I met Daniel at NYCC last year, and he was all kinds of awesome. 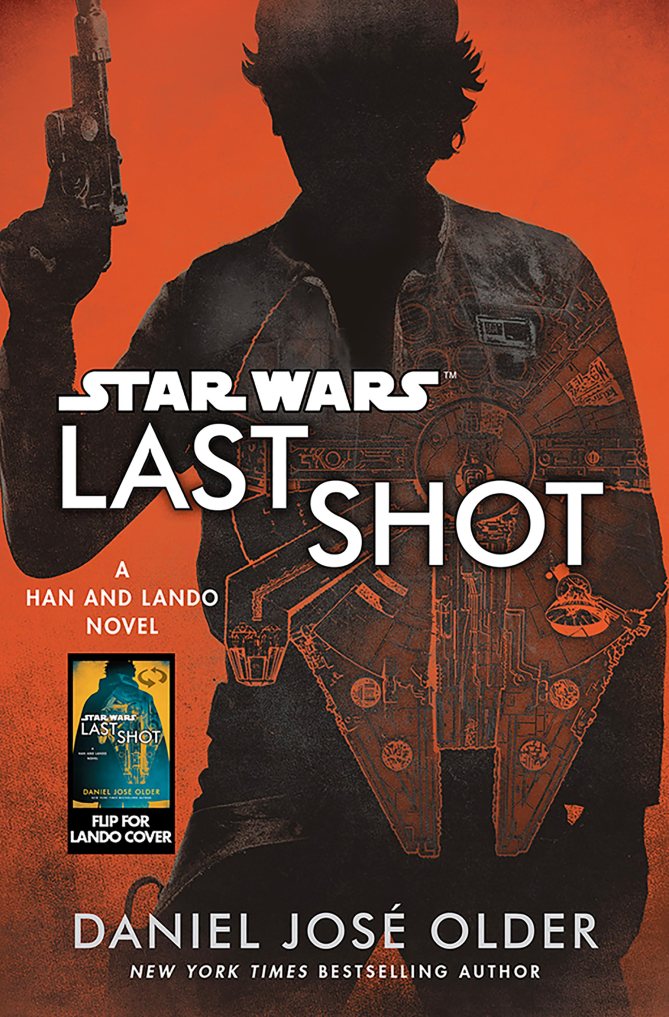