Out today from the wonderful folk at IDW comes Star Trek Waypoint, a collection of the 50th Anniversary anthology series which includes my Deep Space Nine story, Frontier Doctor.

The eight-page story, set during the first series of DS9 features art by Josh Hood and is still one of those dream-come-true gigs, writing something for the Star Trek universe after so many years of Boldly Going as a fan.

A big thank you to editor Sarah Gaydos for making it happen. 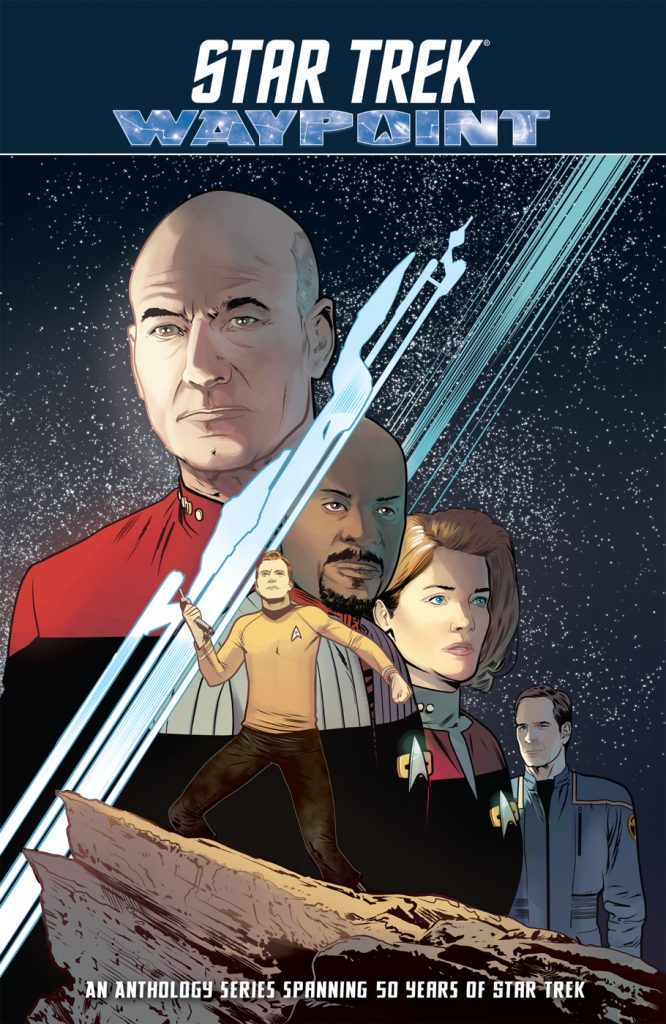 An anthology series that offers every fan a stopping point on the wonderful 50-year Star Trek journey. Reflect on stories of what’s come before and look ahead to the next half-century of Trek. Short stories that run the gamut of Star Trek’s history, set during the Original Series, The Next Generation, Voyager, Deep Space Nine, Enterprise, and more, featuring all your favorite characters.

Star Trek Waypoint is available from all good comic shops, and digitally from Comixology US and UK.