The Hollywood Reporter and CBR have just broken some news I’ve been dying to tell you all. Over the last few months, I’ve been writing a brand new Pacific Rim comic book set in the period between the original monster movie, and next year’s sequel. I love Del Toro’s first film, so to be asked to carry on the story was a massive thrill!

Pacific Rim Aftermath is a six issue mini-series with art by 2000AD favourite, Rich Elson. I’ve been sworn to secrecy about much of the content, so here’s the official blurb straight from Legendary:

Prepare to return to the epic universe of Jaegers and Kaiju with Pacific Rim Aftermath, the official comic book prequel to the highly anticipated new film Pacific Rim Uprising, starring John Boyega and coming to theaters in March 2018.

Written by Cavan Scott with art by Rich Elson, Issue #1 goes on sale in print and digital on January 17, 2018.  The six-part monthly series is a gritty action adventure that explores a new criminal underworld born in an age of monsters and mechs and an unmissable story for all PACIFIC RIM fans.

Santa Monica, 2034. In a city that was once the jewel of the West Coast, a new world has emerged: one rising up from the ashes of giant robots and giant monsters. In this futuristic aftermath, we will meet a new generation of survivors, including Jake Pentecost, son of Stacker Pentecost, who is searching for answers behind the death of his Legendary father; Griffin, a Jaeger pilot who has gone from defending the world to piloting an illegal Jaeger enforcer for a mob boss; and the Mech Czar, a techno-criminal overlord who rules the underworld with a steel fist. Set against a neo-noir backdrop of street gangs, Kaiju worshipers, and Jaeger Scrapyards, a mysterious but familiar figure arrives with a dangerous agenda…

And here’s the cover to issue one… 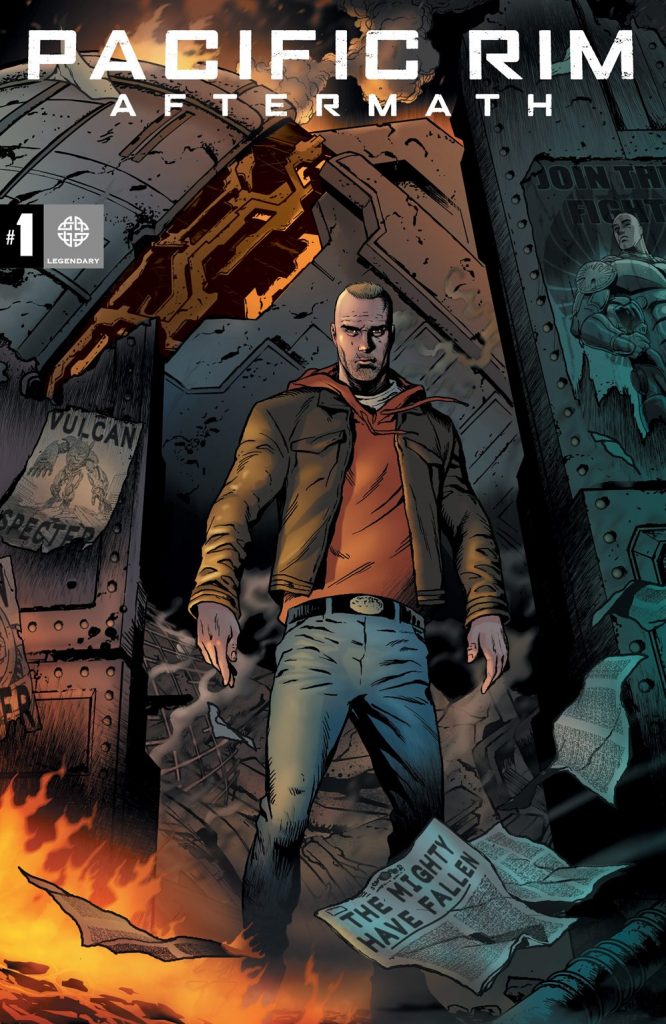 I’ll be able to reveal more information soon, but in the meantime, I just want to say  what a joy it is to work with Rich. I’ve been a fan of his work in 2000AD for so long, and was over the moon when he agreed to work on this project. The pages he’s producing are incredible. I can’t wait for you to see them.

High Republic Round-up: New animated intros, heading Into the Dark and finding out who you would be in the Jedi Order

Breaking down a page of Star Wars: The High Republic #1

Terec and Ceret make their presence felt in this variant cover for Star Wars: The High Republic #2

Well, here it is. The moment I’ve been waiting for so long. Star Wars: The High Republic #1 goes on sale today, with part one of our first arc: There […]

Issue five of Shadow Service drops today with script by yours truly, art by Corin Howell, colours by Triona Farrell and letters by AndWorld Design.  Gina’s spent her whole life […]

The High Republic starts today! As well as Charles’s ace Light of the Jedi and Justina’s awesome A Test of Courage you can also pick up The Great Jedi Rescue, […]