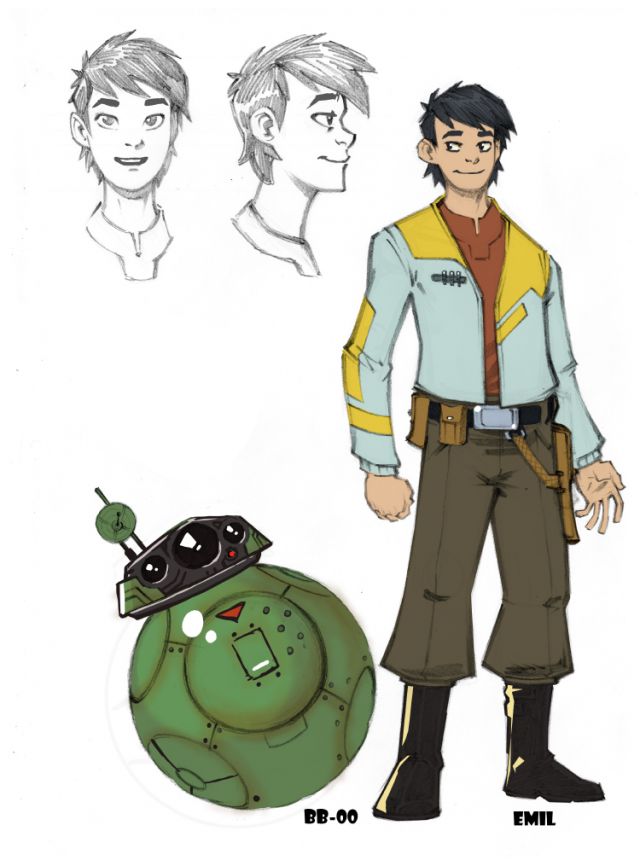 Emil is the narrator of the comic’s series of back-up stories, and is the grandson of Milo Graf who I original wrote for Star Wars: Adventures in Wild Space.

Like most droids in the Star Wars universe, BB-00 has a nickname, in this case ‘Boo’.

This makes me smile as, while Emil is named after Star Wars: Adventure in Wild Space‘s editor, Emil Fortune, I named the BB-unit after my youngest daughter, who also goes by the nickname ‘Boo’…