I’m very excited to say that Star Wars Adventures #1 is out today from IDW. The first issue features two stories from me, including one with characters that link into the Star Wars: Adventures in Wild Space book series, (but more on those below…)

First up is part one of Better The Devil You Know, a story starring Rey in the days before she met BB8. Derek Charm provides the stunning art with Tom B. Long on letters. 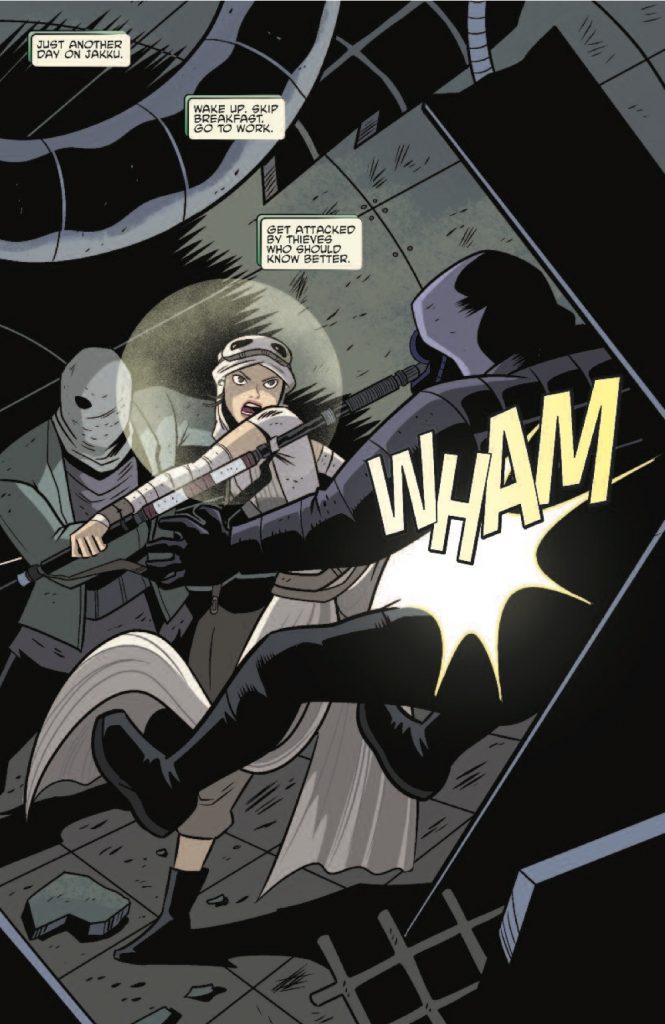 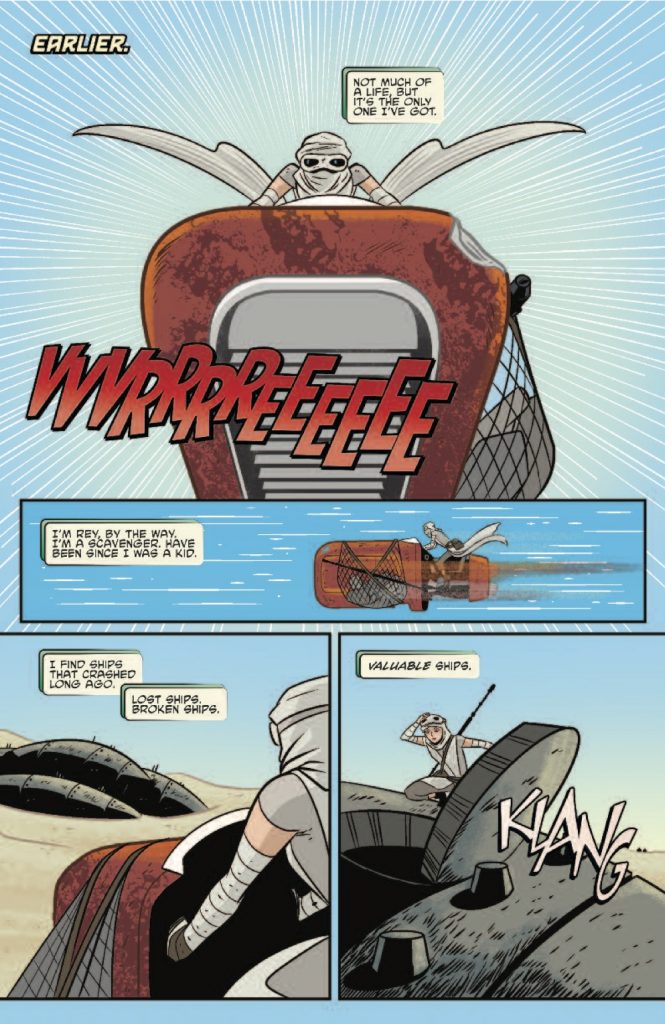 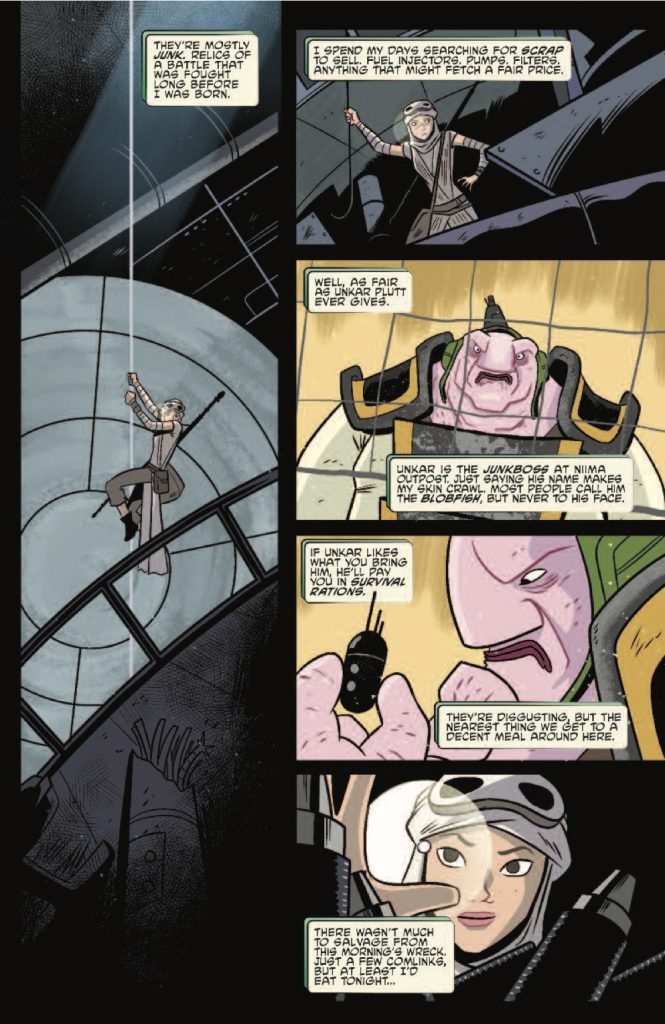 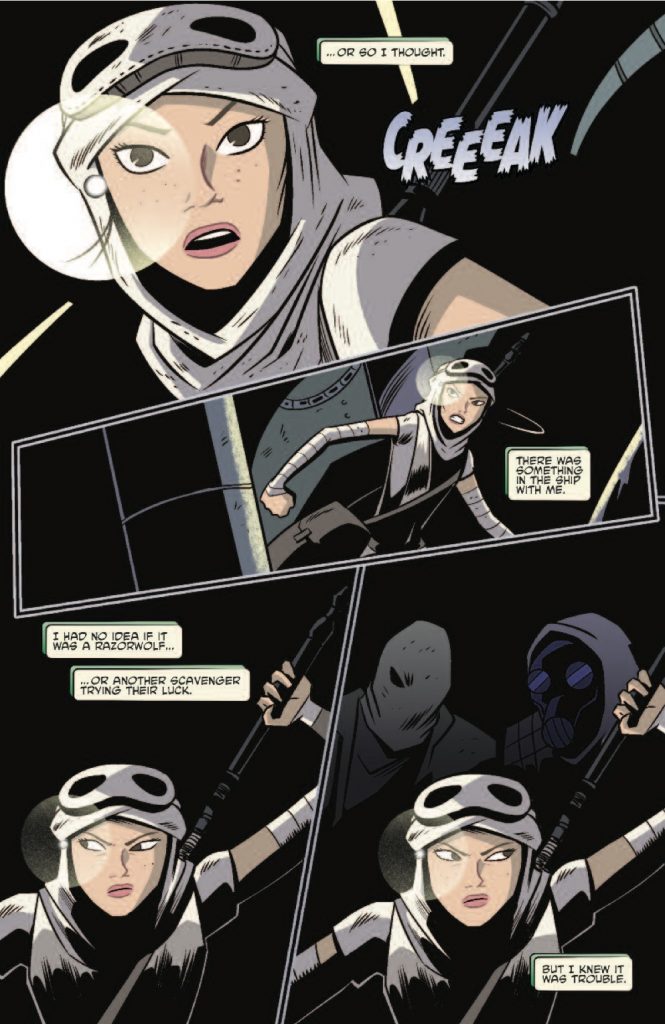 Then comes the back-up story, Stop, Thief, the first Tales From Wild Space, with script again by me and art by Jon Sommariva, Sean Parsons and Charlie Kirchoff, and letters by Tom. 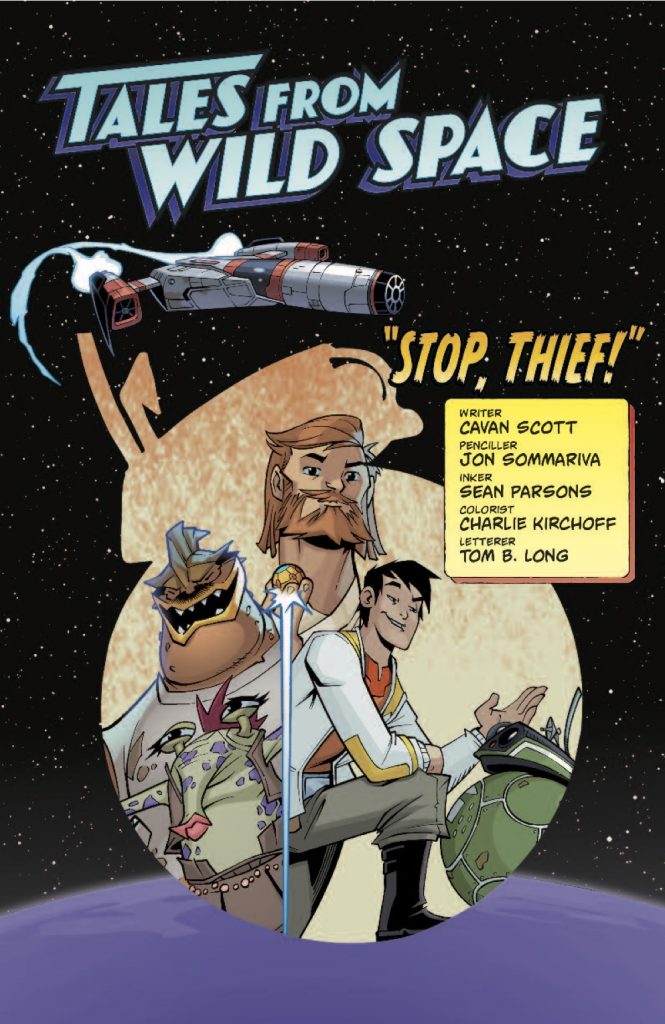 Stop, Thief is a story of Obi-Wan Kenobi as told by Star Wars Adventures‘ new narrator, Emil Graf. That’s Emil with the white jacket above, telling a tale to his BB-droid, BB-00 (or Boo to his friends). 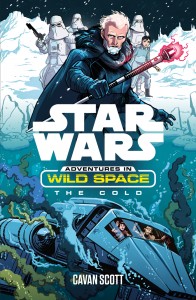 Set in the time of the First Order, Tales From Wild Space sees Emil mapping the galaxy for the Graf Archive onboard the Star Herald, with his faithful friends Boo and CR-8R, the Graf family’s long suffering mish-mashed droid.

It was such a buzz to see CR-8R and the Star Herald make the hyperjump to comic books, and of course, the extension of the Graf clan. We even sneaked Emil’s great aunt Lina into the strip. See if you can find her.

Star Wars Adventures #1 is available from all good comic stores, plus digitally on comixology US and UK.

The issue also comes with a host of variants. Here’s a handy guide. 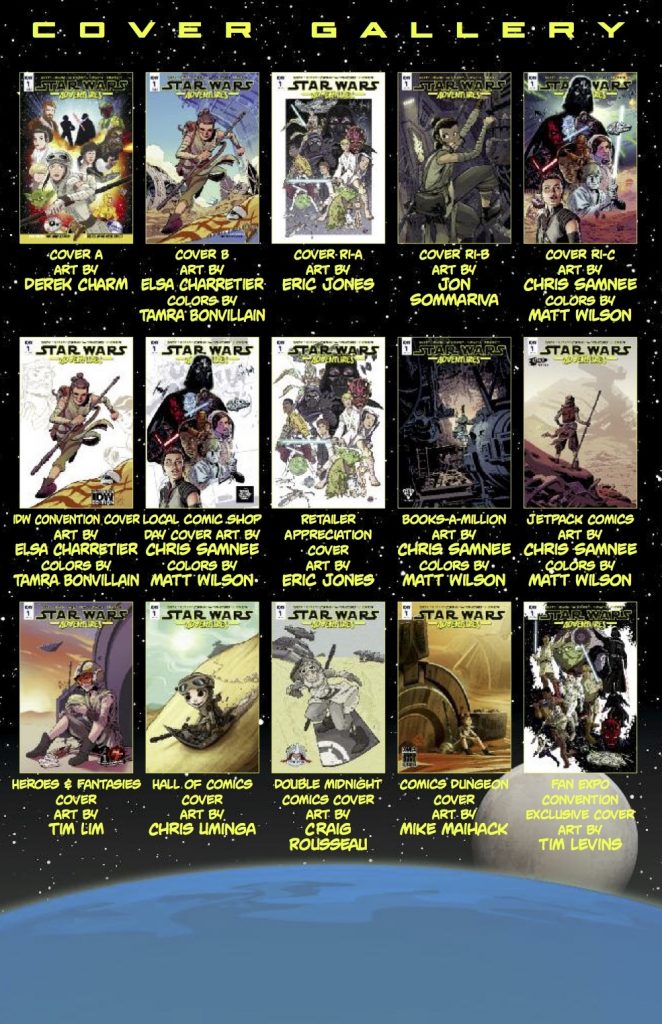