We had a fantastic Doctor Who Comic Day yesterday.

The celebrations kicked off at 1pm with me, George Mann and superstar artist, Rachael Stott signing at Forbidden Planet‘s London Megastore. 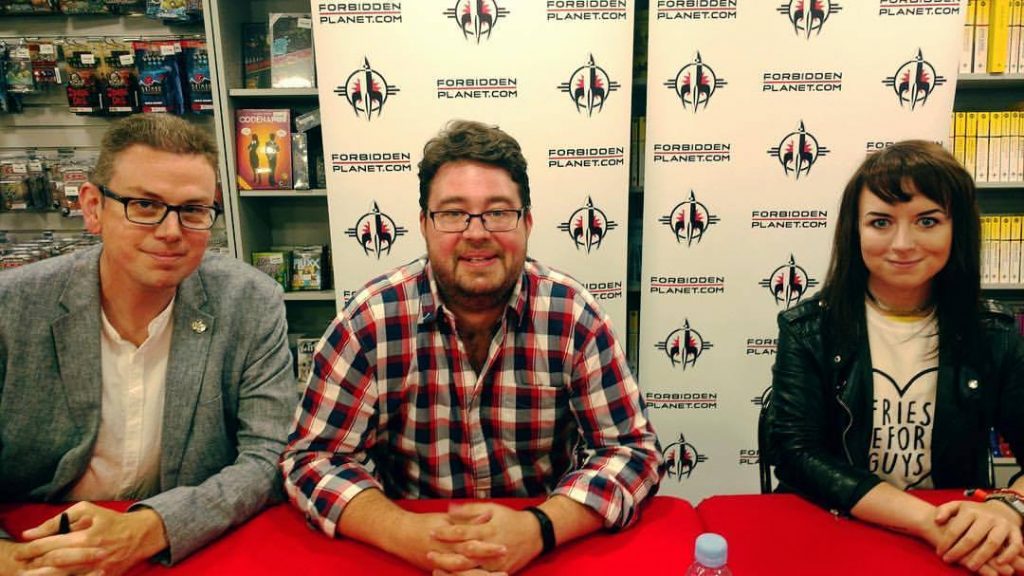 Thanks to everyone who stood in line for us to deface their copies of Doctor Who: The Lost Dimension. Of course, it wouldn’t have been a Doctor Who Day without cosplayers, and we had not one, not two, but three Time Lords – our very own multi-Doctor event… 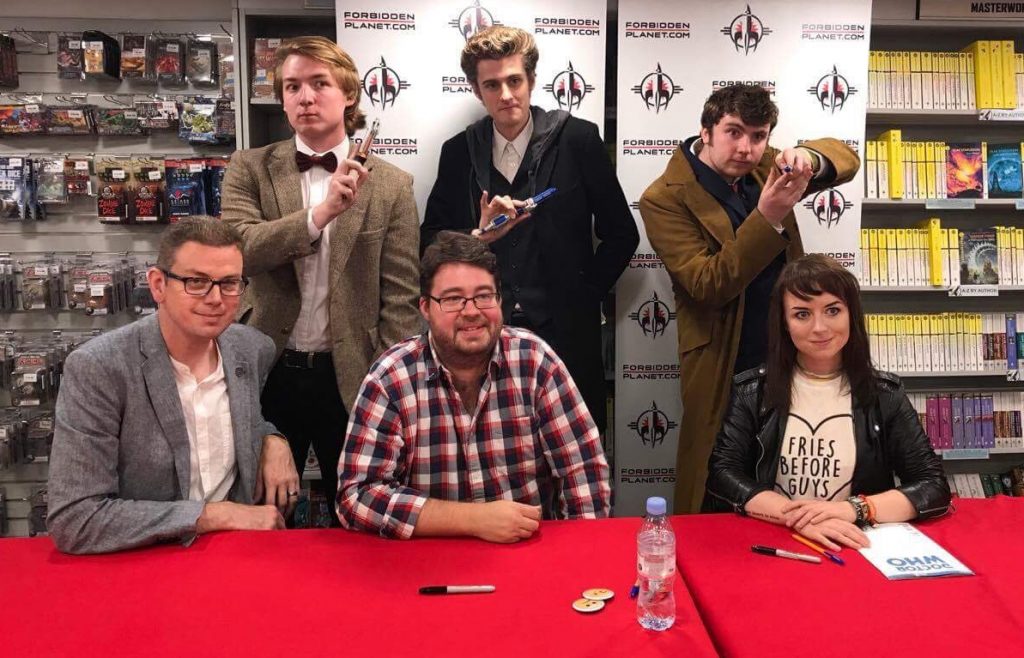 From left to right, that’s George Guidera as the Eleventh Doctor, Dom Green as Twelve and Michael Seager and Ten.

Dom also presented us with our own emoji badges a-la Smile. 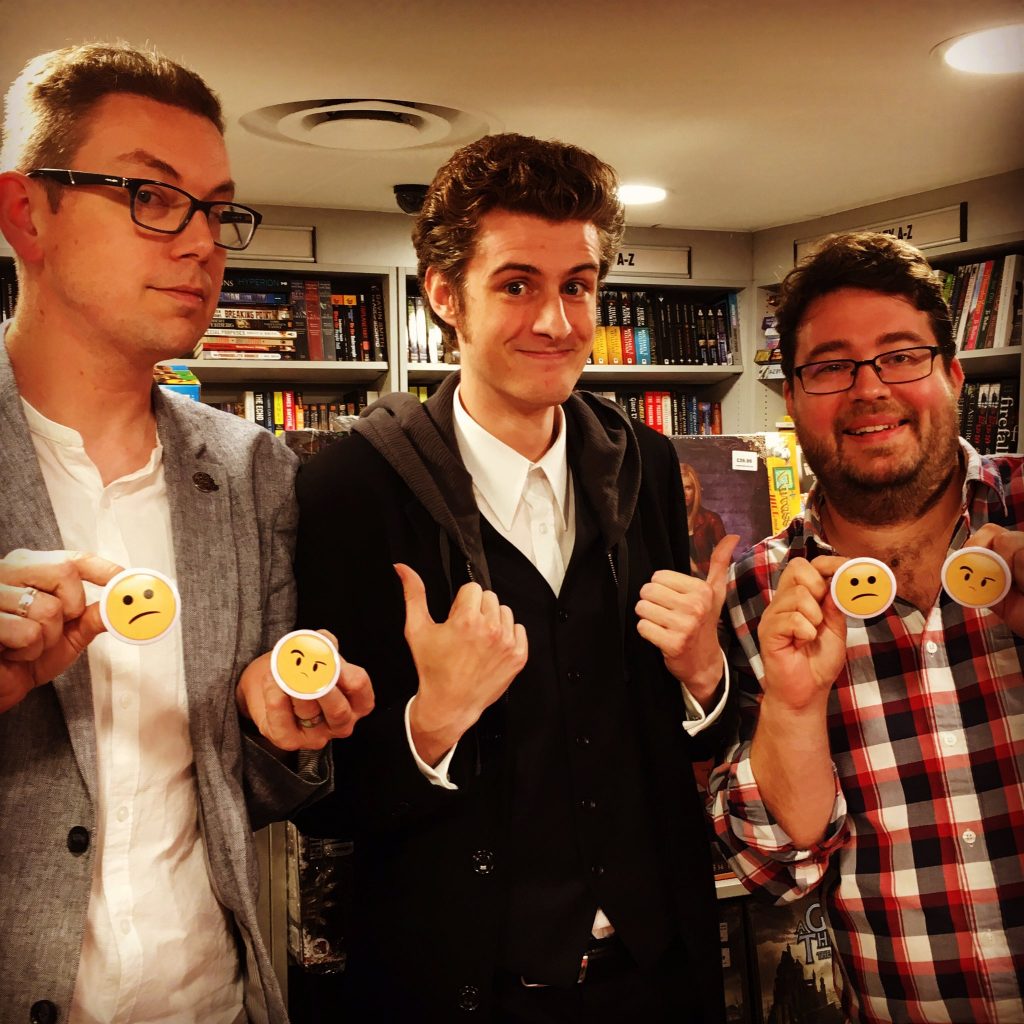 The last copy signed, it was the turn of James Goss to sign copies of his new Doctor Who poetry book, Now We Are 600.

The Who tour then moved to Gosh Comics where Paul Cornell and James Peaty signed their various Doctor Who goodies. 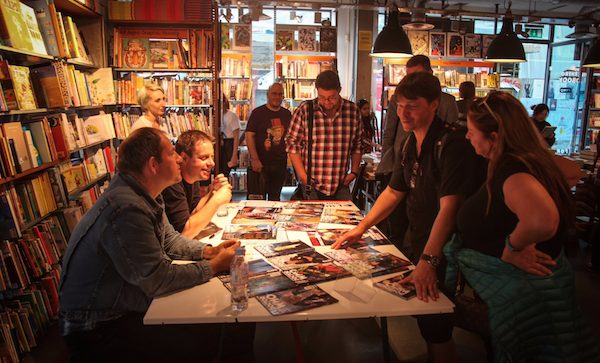 Afterwards, we retired to the Adam and Eve in Soho for some refreshments, along with a number of special guests including Dan Slott, Dan Watters and Ram V. As a further surprise, our fellow Lost Dimension writer Nick Abadzis appeared as if by magic! 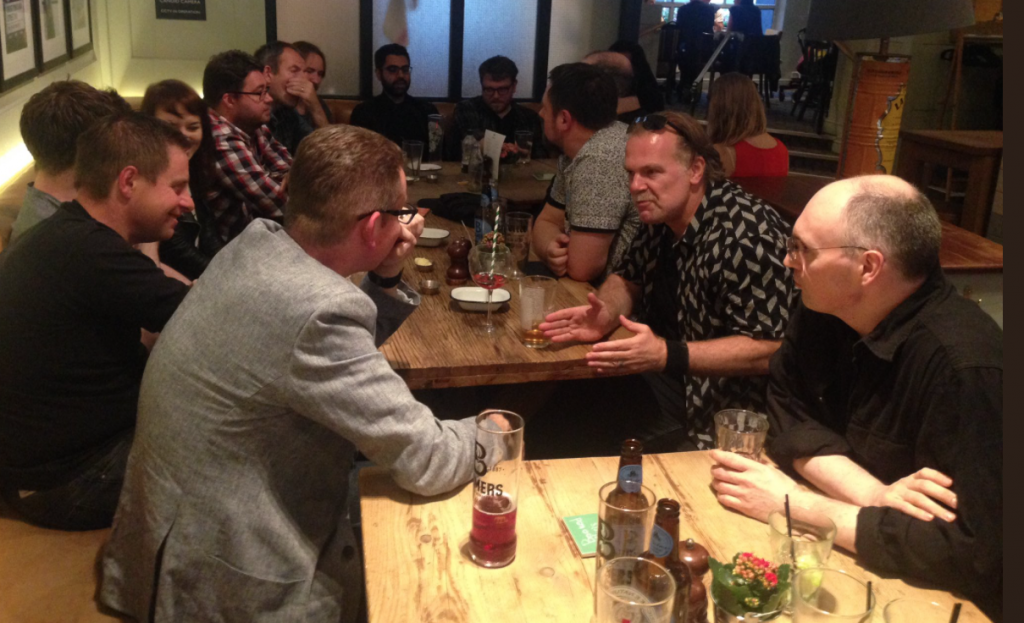 Thanks to Chris Thompson at Titan Comics for organising everything, plus the wonderful staff at Forbidden Planet and Gosh Comics. Thanks also to the Time Ladies for the picture right at the top of this post which I shamelessly nicked from their twitter feed!