The third volume of the Ninth Doctor’s collected comic adventures is released today, gathering issues 6-10 of Titan’s Doctor Who: The Ninth Doctor with scripts by me, and art by Adriana Melo, Cris Bolson and Marco Lesko. 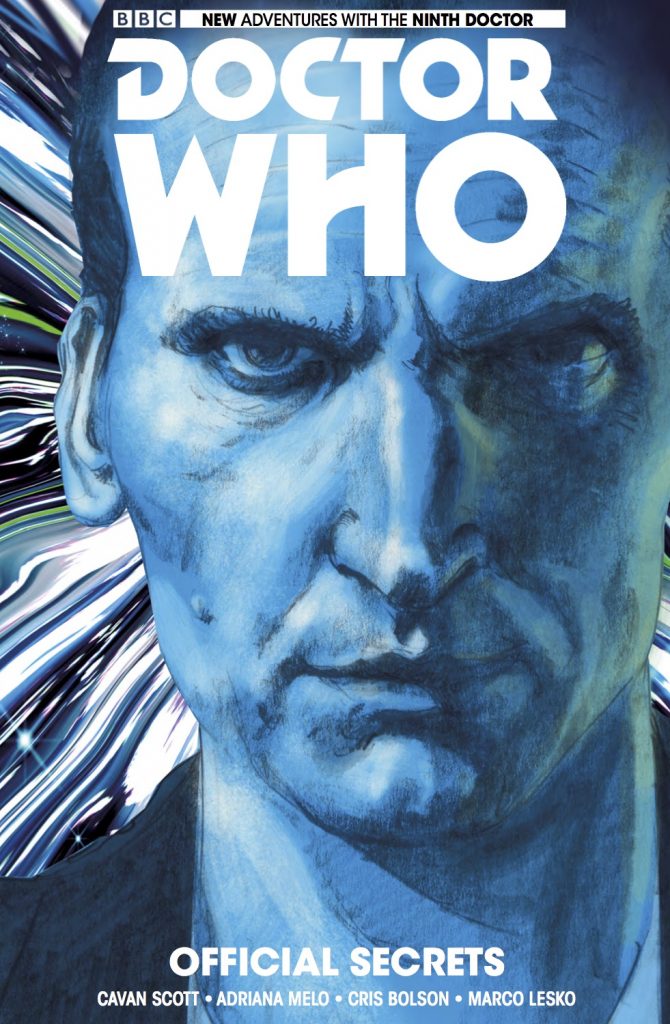 Team TARDIS are in hot pursuit of a monster they accidentally sent back to the 1970s (or is it the 1980s?) – only to find colossal kaiju tearing up the Bristol channel, and UNIT out of their depth! A face from the Doctor’s past may have all the answers.

Next, the search for Jack’s missing memories takes the TARDIS to 17th century Brazil, and into the grip of slavers both alien and all-too-human!

Will Jack find what he seeks – or lose the trust of his friends?
Writer Cavan Scott (Tekken, Vikings, Doctor Who: Supremacy of the Cybermen) and artists Adriana Melo (Star Wars: Empire, Birds of Prey) and Cris Bolson (The Shadow) continues to explore the Ninth’s Doctor’s hidden depths!

And some examples of the internal art… 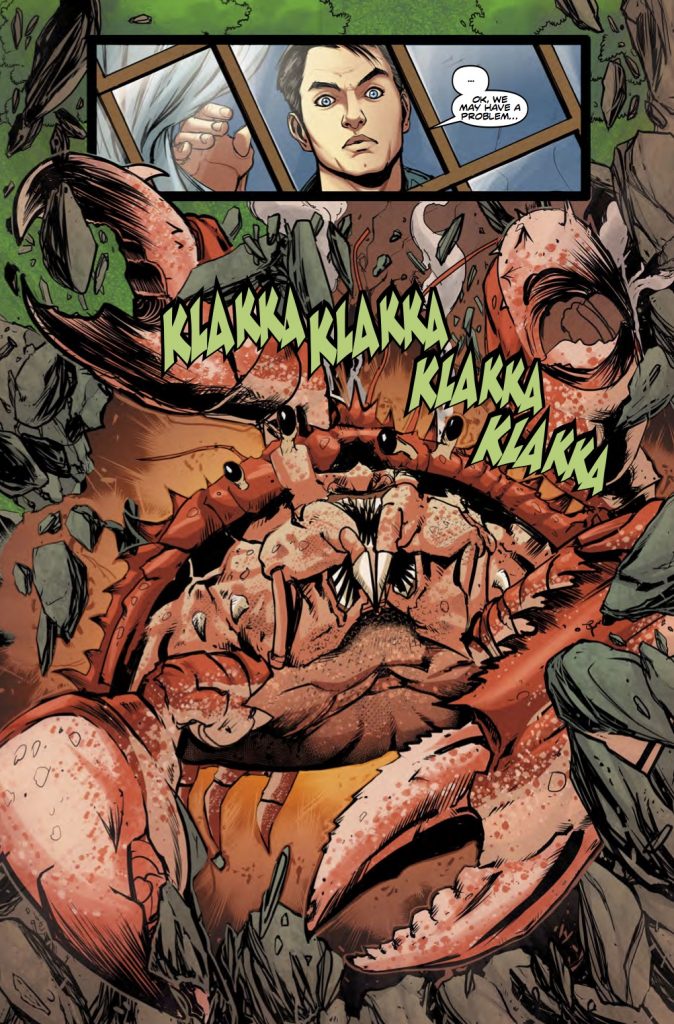 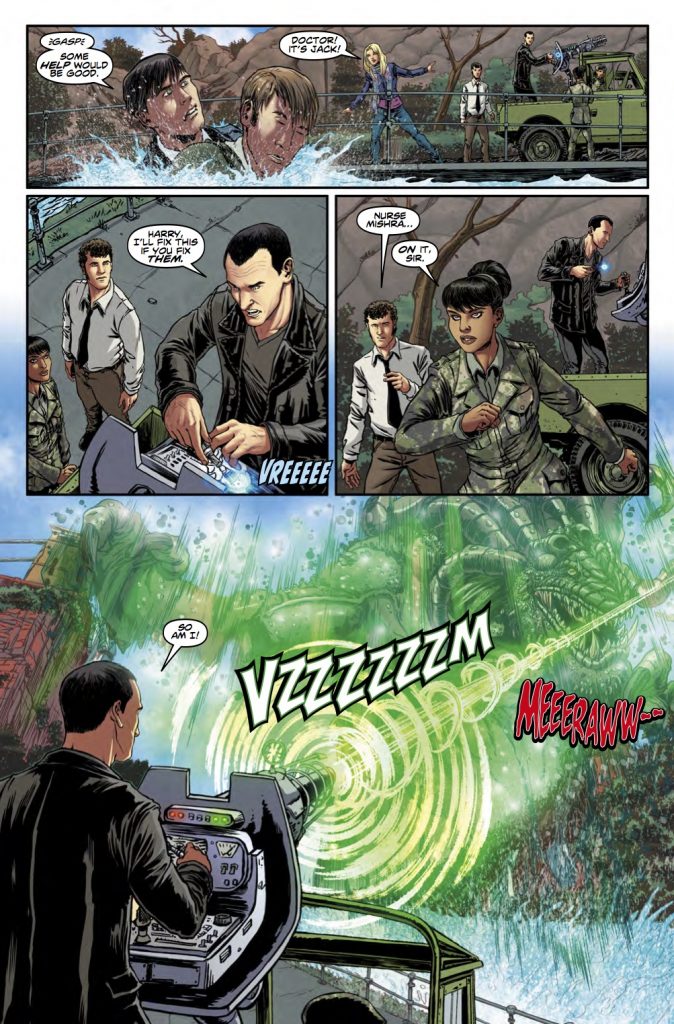 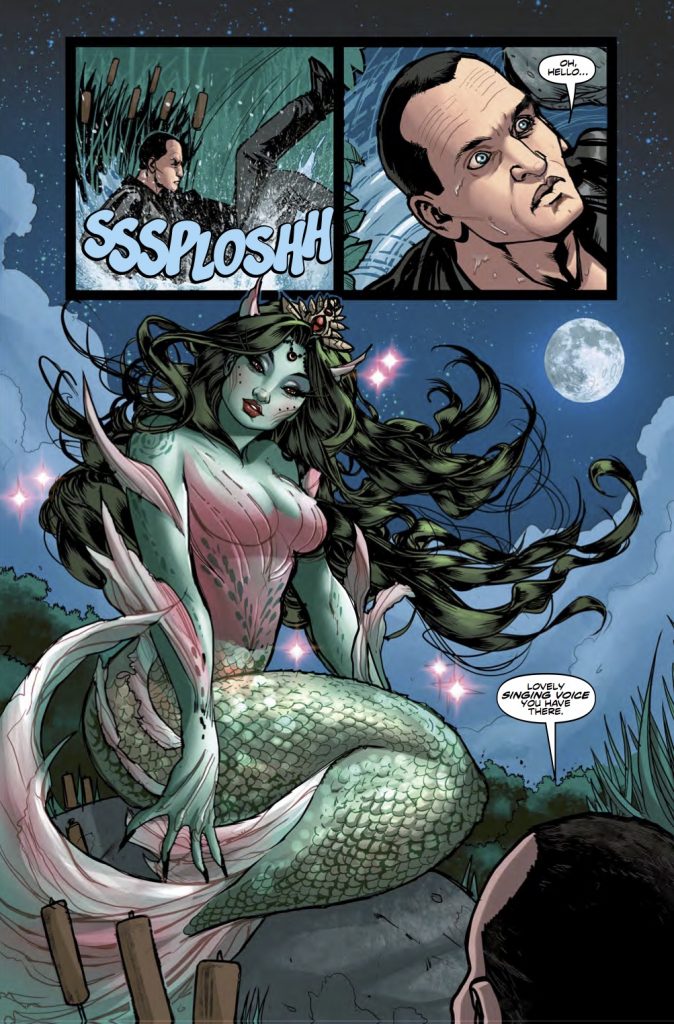 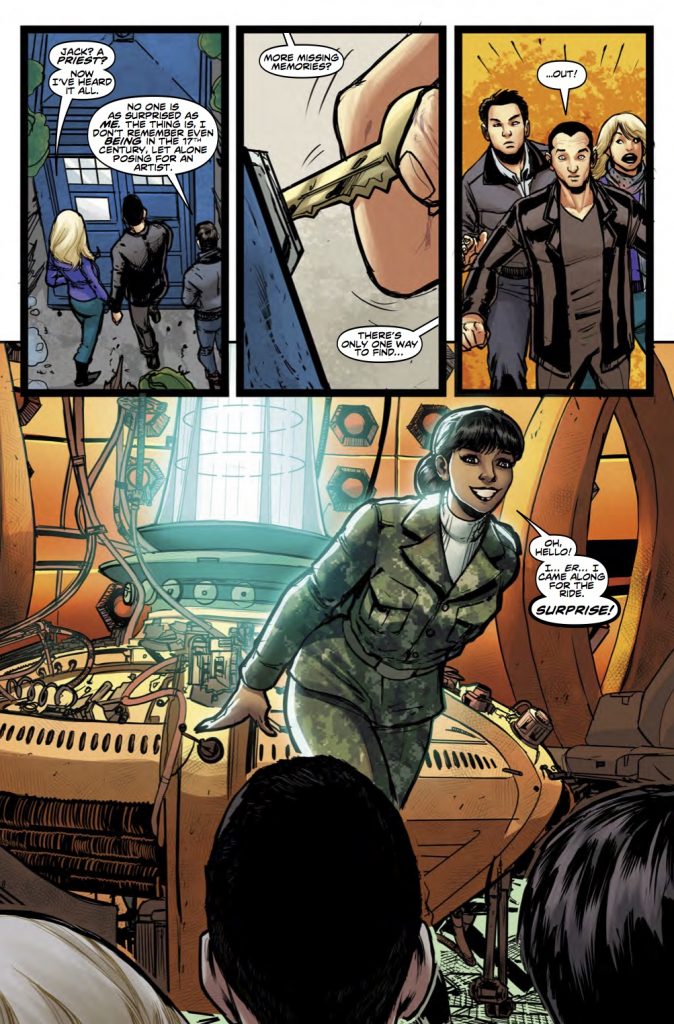