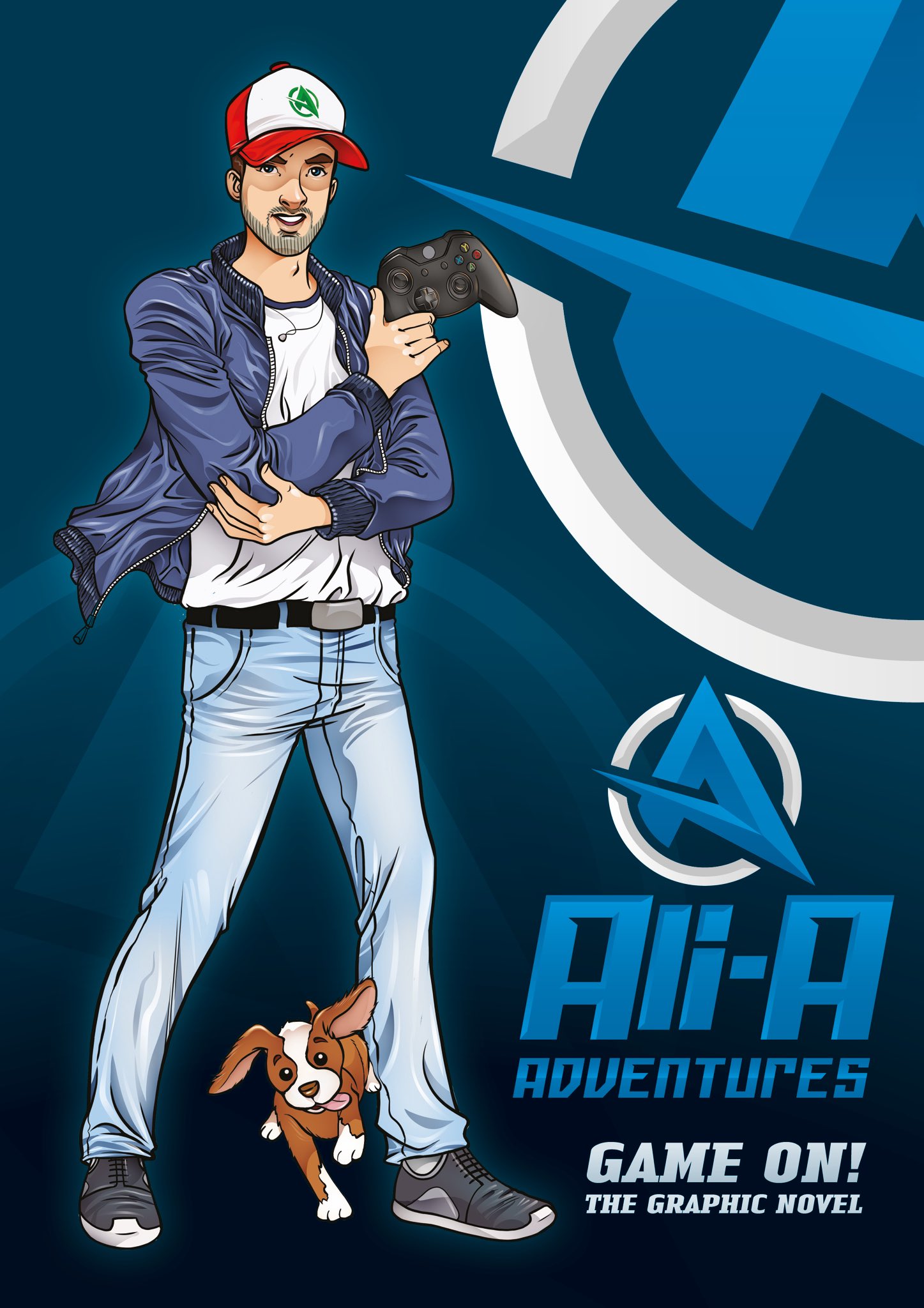 Really excited that this has just been announced.

“It’s launch time for the hotly anticipated video game Alien Liberator 2, and who better to invite along than top gamer Ali-A? Ali is promised the biggest game launch ever—but what he doesn’t count on is just how real the action is about to get!

When a merciless band of aliens turns up to spoil the party, it’s up to Ali to transform from gaming icon to real-life hero. Can he defeat the end-of-game boss and save the day? With a little help from his fans and his very special dog, Eevee, he’s going to give it his best shot!”

The book is out on October 19th from Random House Children Books, with art by Aleksandar Sotirovski. The script is written and Aleksandar is working hard on the pages right now, and they’re looking great!

Ali’s fans even have a chance to be written into the adventure. You can find out how on the official launch site.

The book is also available for pre-order at Amazon, Waterstones and W. H. Smith in the UK. US readers can also find out how to pre-order here.

More information soon, but in the meantime, Ali’s revealed some of the concept art on his latest video.