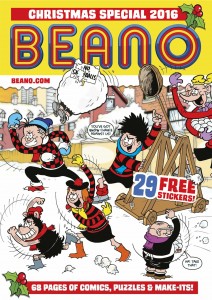 The festive season officially kicked off in our house this morning with the opening of the first window in the LEGO Star Wars advent calendar. I’ll no doubt be posting the models on my instagram account!

As advent is now upon us, I thought I’d make a little plug for the Beano Christmas Special 2016, which is out now.

I’ve written the three-page Bananaman strip which features art by the fab Wayne Thompson. ‘General Blight’s Christmas Carol’ sees the Man of Peel trying to show General Blight the error of his ways in true Ebenezer Scrooge style. Using his trusty time-travelling banana skin, the big blue goon slips back to the Blighty’s past and then skids forward to his future. 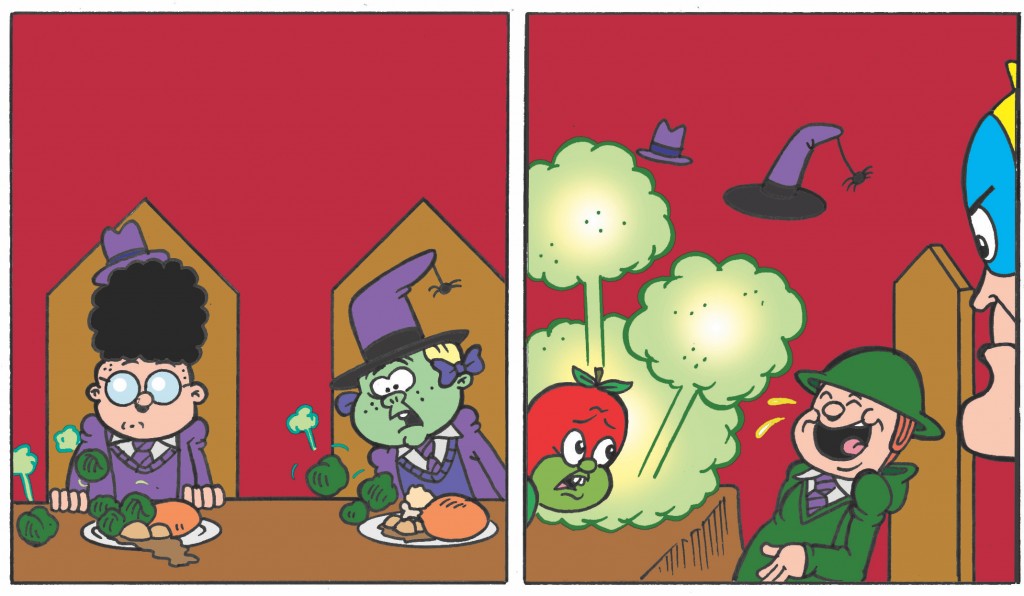 And also spot our hero in years to come…

The Beano Christmas Special 2016 is out now, full of festive fun! You can get it in WH Smiths, ASDA and other stores, and also buy it online!

I’m pleased to say that after a short break to recharge my funny bone, I’m back writing for the Beano. I’ve spent the last few week’s writing Bash Street Kids strips for next year’s annual, and will be diving back into strips for the weekly next, er, week! Can’t wait!