I’d just sent out my latest email newsletter, when something rather wonderful appeared on Twitter. Isn’t it always the way?

But I had to share it with you now, as it’s too exciting for words. Big Finish have revealed the cover of Doctor Who: The Eternal Battle, the upcoming Fourth Doctor audio adventure written by me and m’colleague Mark Wright. 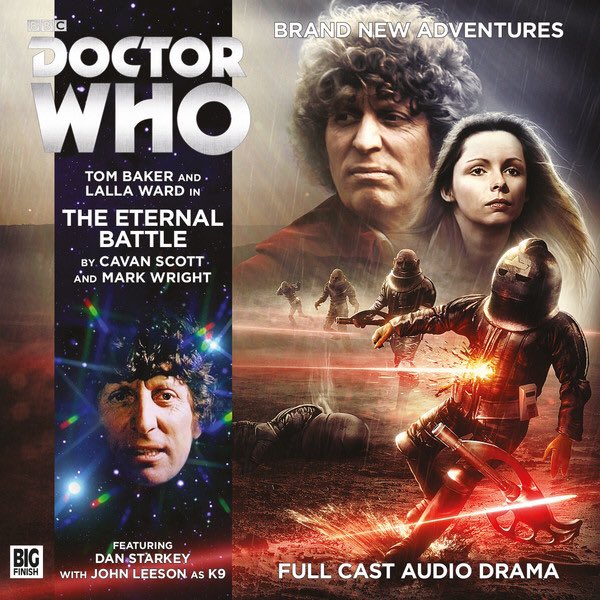 It’s difficult to explain how much this means to me. Growing up, Tom Baker was my Doctor, and Romana and K9 were my TARDIS team. To write a script for Tom, Lalla Ward and John Leeson is both wonderful and slightly surreal. Plus, Sontaran extraordinaire Dan Starky of course! What a cast!

It all started with an email from producer David Richardson asking if Mark and I fancied writing a horror story starring Sontarans. How could we refuse?

The TARDIS lands in a battleground on an alien world where Sontarans and humans are at war. But what are the vicious feral creatures that are hunting in this wasteland?

Doctor Who: The Eternal Battle is released in February 2017. Visit the Big Finish website to pre-order the audio now!