Had another great day leading comic workshops with Rachael Stott at the Doctor Who Experience last Wednesday. 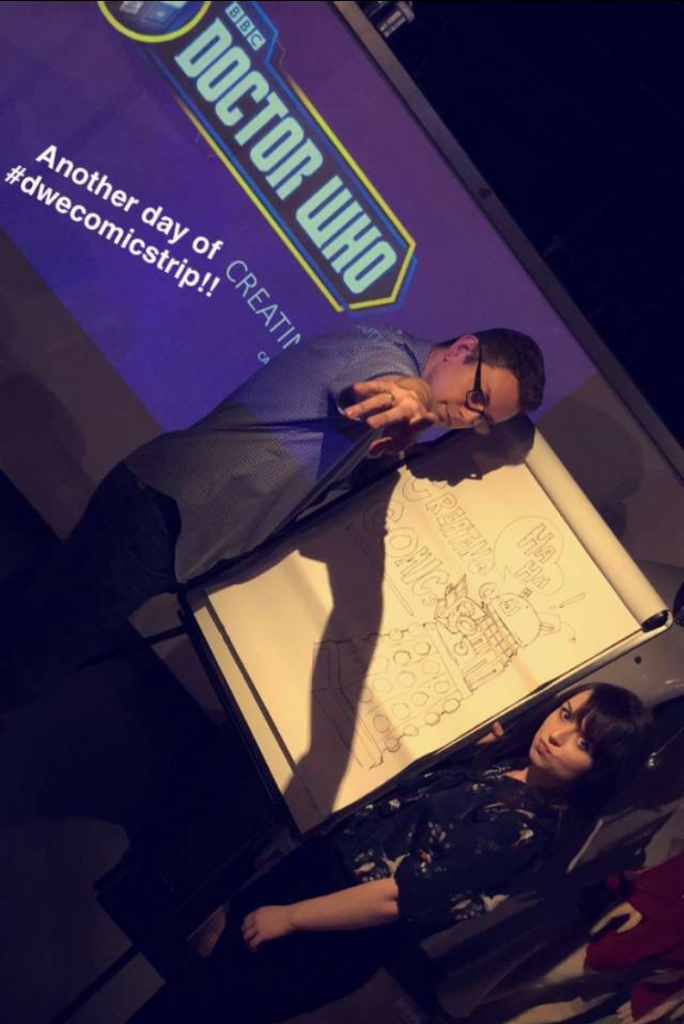 We were back to talk through how Titan’s Doctor Who comics are put together, answering questions about becoming a comic creator and generally insult each other, as seen by this ‘hilarious’ tweet from Ms Stott. 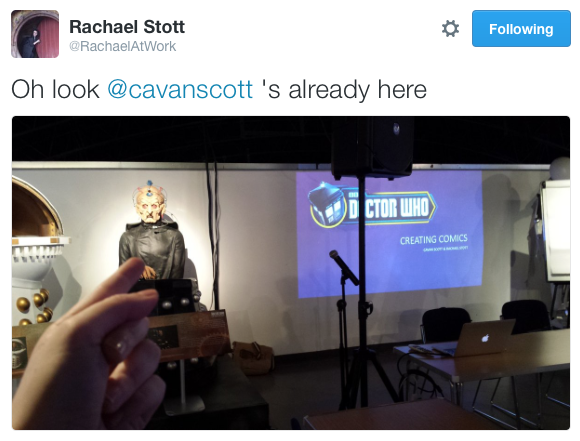 We mixed things up this week by having Rachael draw some quick-fire Doctor Who comics.

Rachael Stott drawing (and trying to be funny y’all)

And here are the mini-adventures themselves. First up, the Doctor finds himself in the middle of an alien food fight… 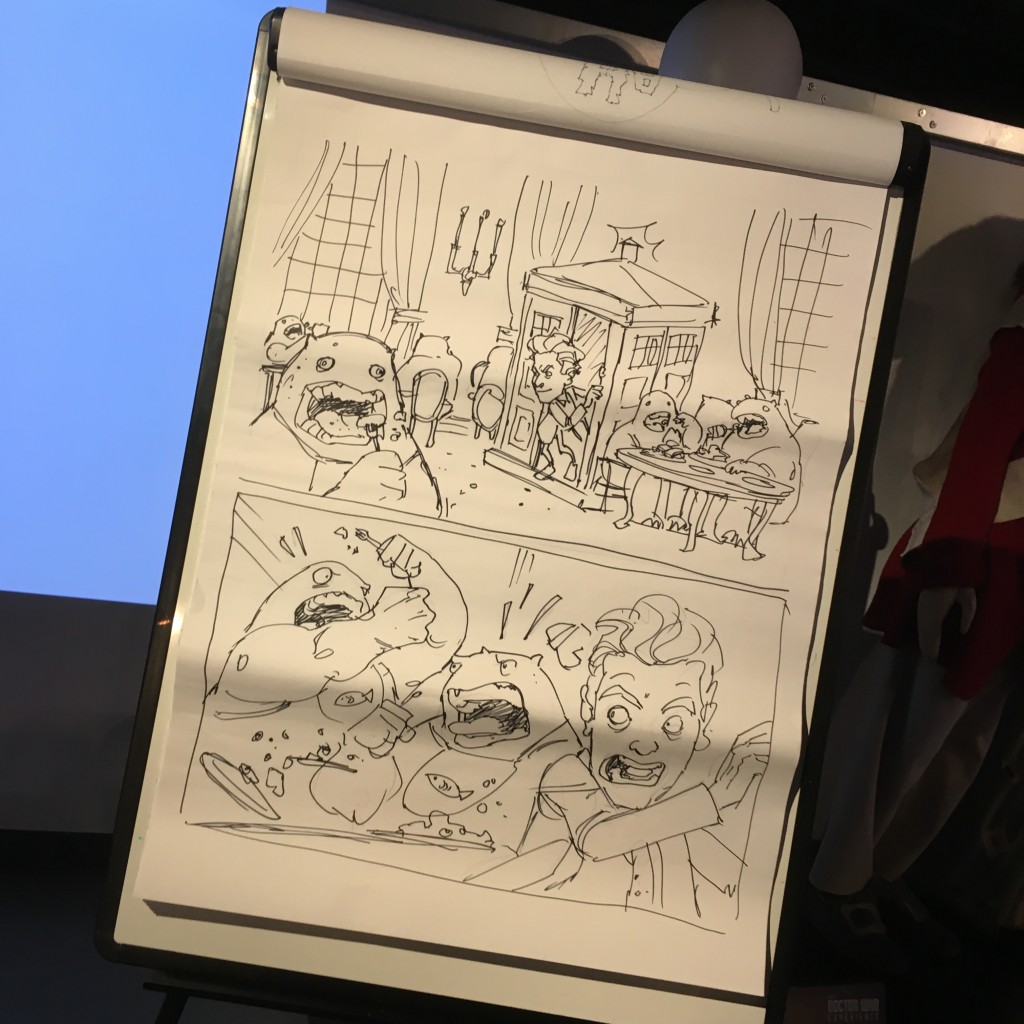 Next, Gallifrey gets attacked by giant vampire space bananas! 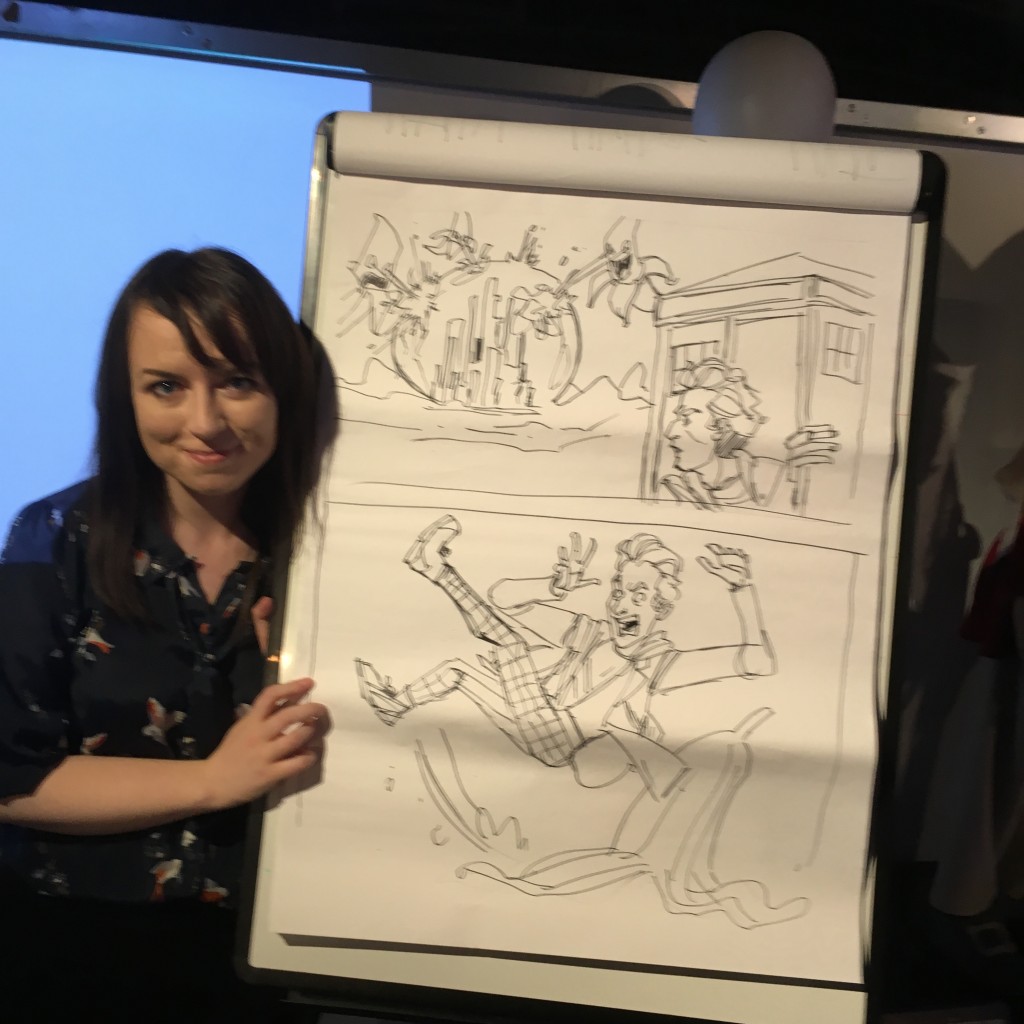 And finally the Doctor is menaced by Weeping Angels on a planet of mirrors! 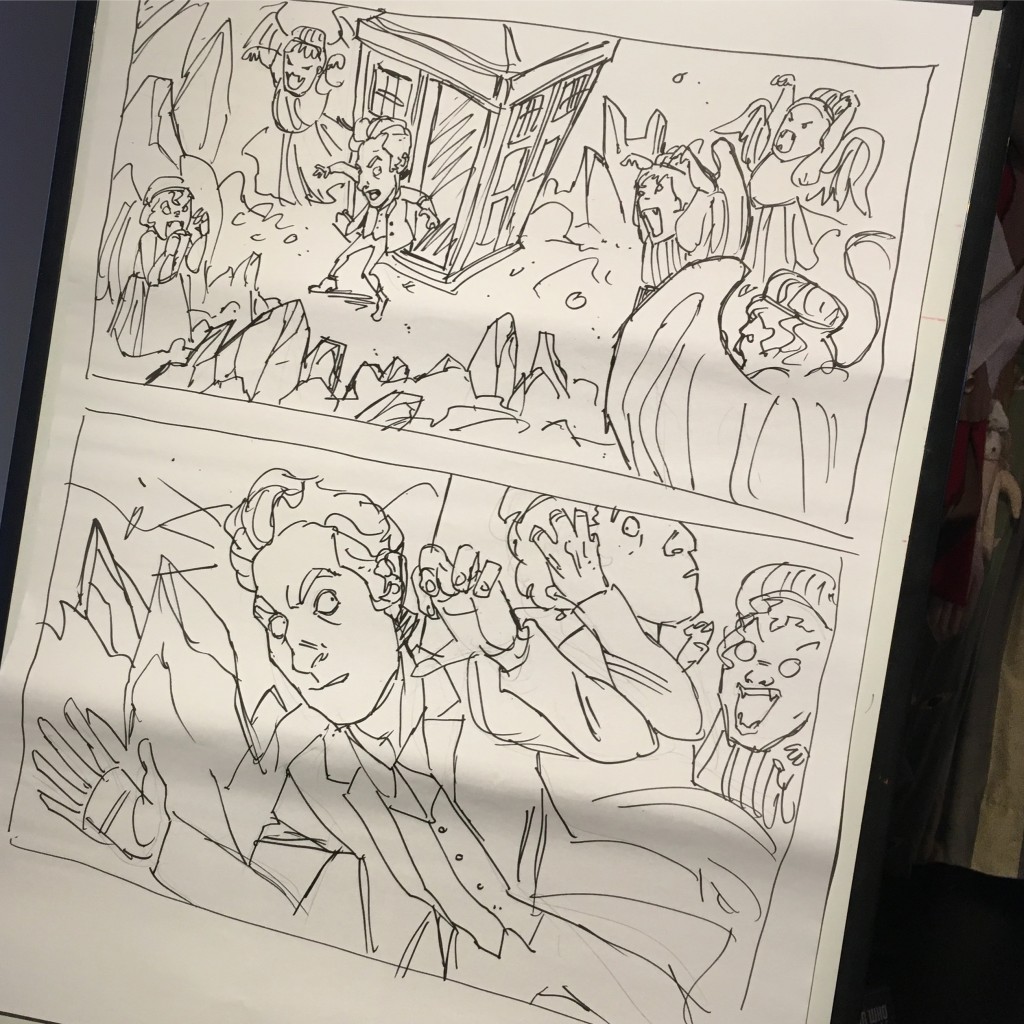 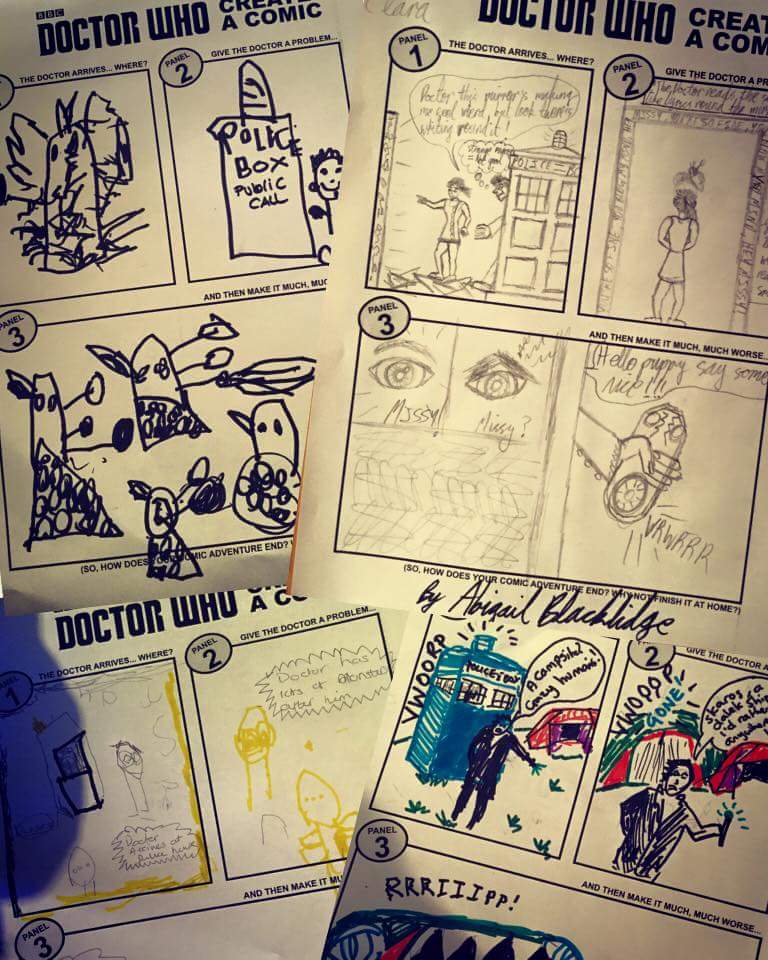 In fact, we were sad to leave at the end of the day, as I told Clara when I passed her on the stairs… 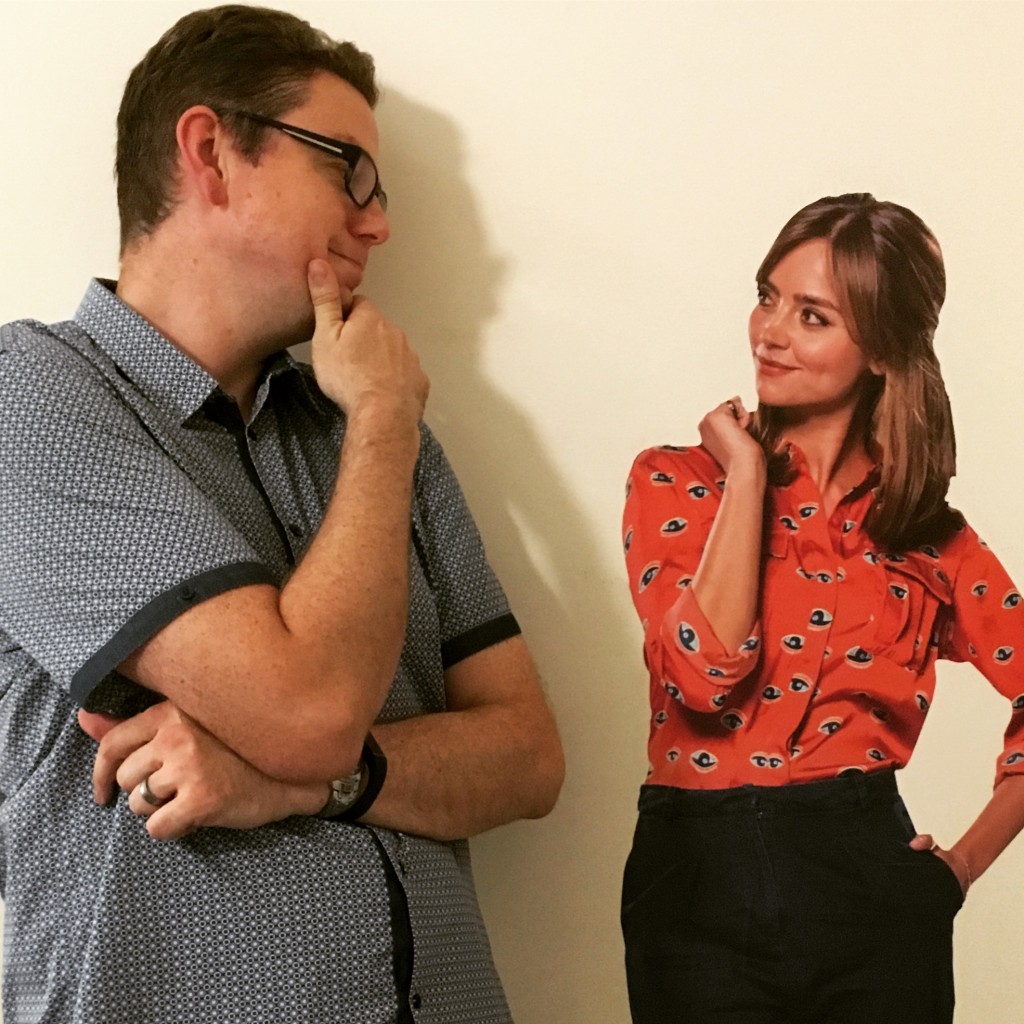 Hopefully, we’ll be back soon! 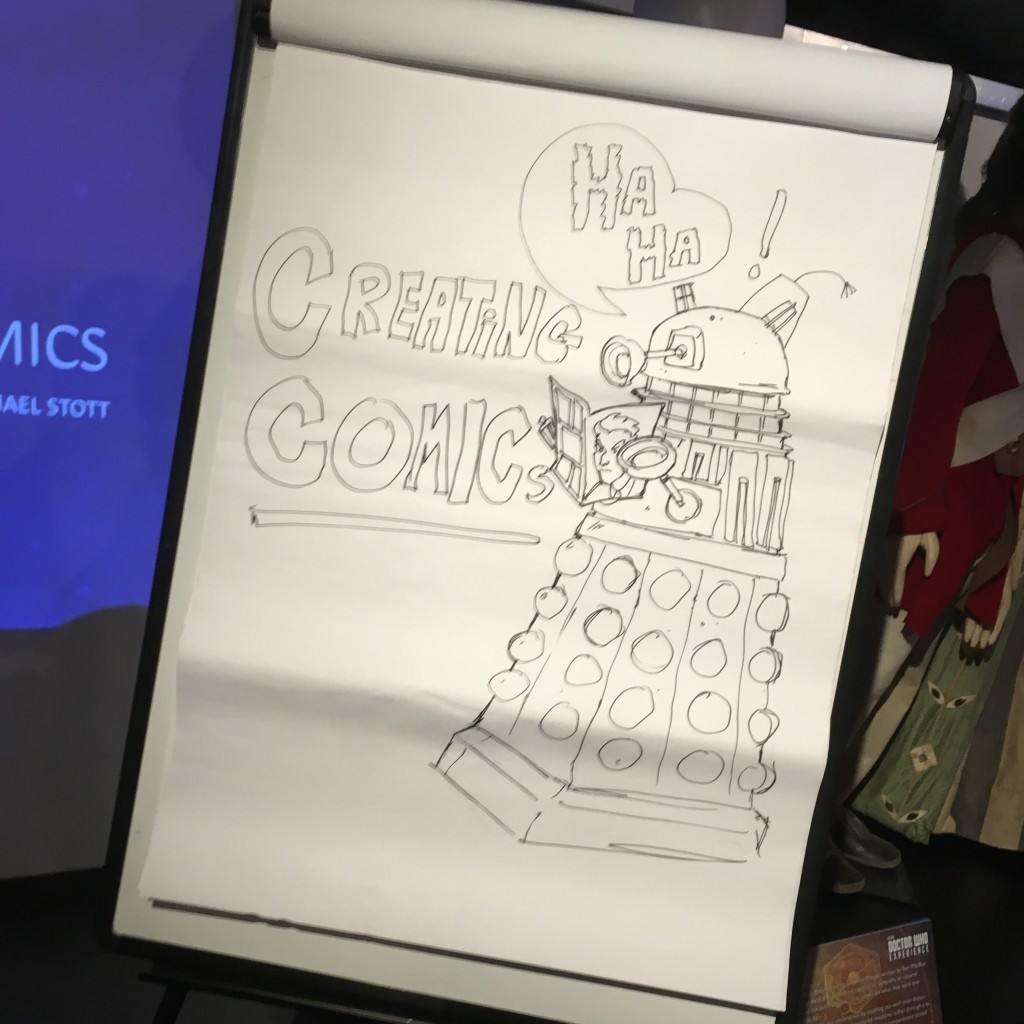