I had a brilliant day at the Doctor Who Experience last Wednesday, running comics workshop with 12th Doctor artist Rachael Stott.

Of course there was the excitement of being in the Experience itself, one of my favourite places on the planet for obvious reasons.

We set up for the workshops next to the refurbished Davroses (Is that the plural for Davros? Davri?) 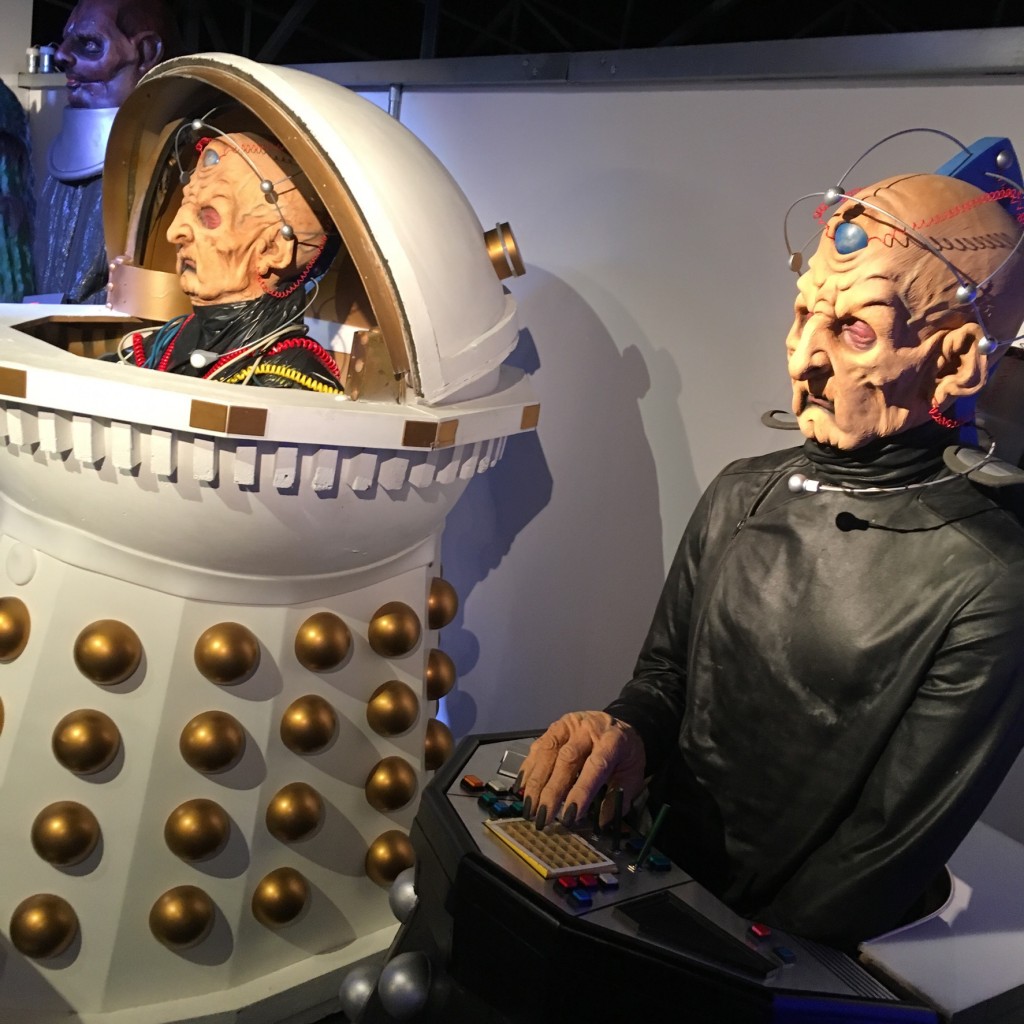 After a quick run-around to look at the new exhibits (the recreation of the Third/Fourth Doctor TARDIS console is particularly wonderful and a Tetrap has arrived!), it was time for the first workshop – after a selfie, obviously… 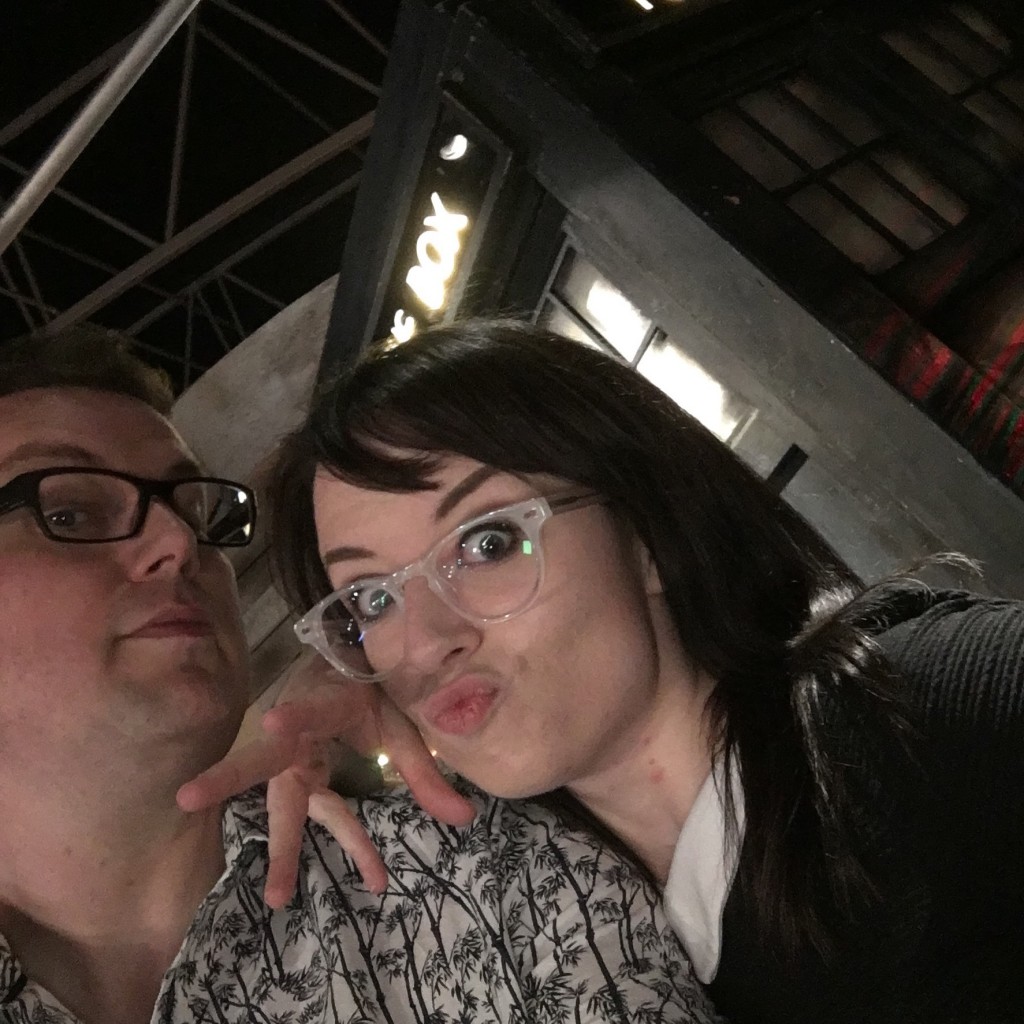 Yes, that does seem to be me auditioning to play companion to Rachael’s Doctor. Well, she does love the TARDIS… 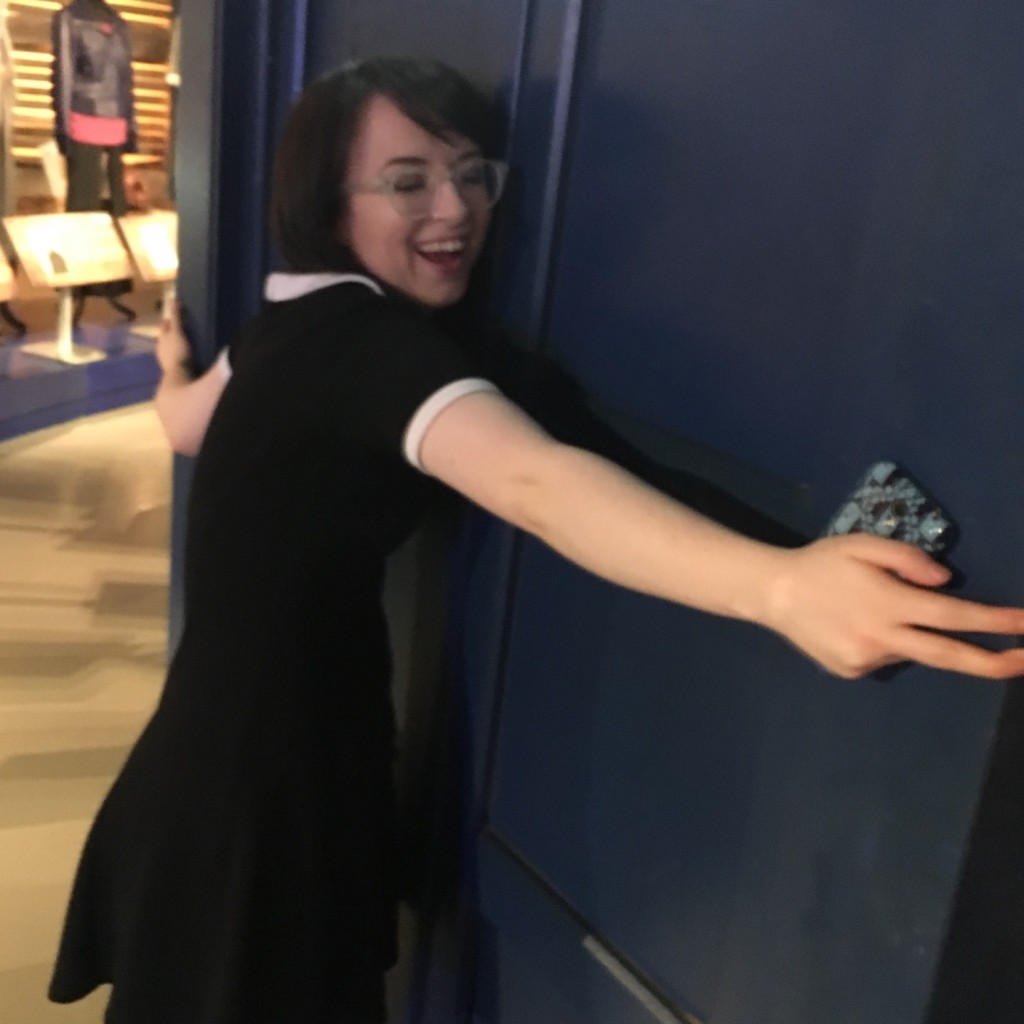 All three workshops drew a crowd as we talked through the process of creating comics and then gave the younger members of the audience a chance to make their own comics.

Rachael also took every opportunity to use the microphone to tell everyone how much older I am to her, but I’m not bitter. Oh no. Not a bit.

Here are some pics from the Experience’s Snapchat account… 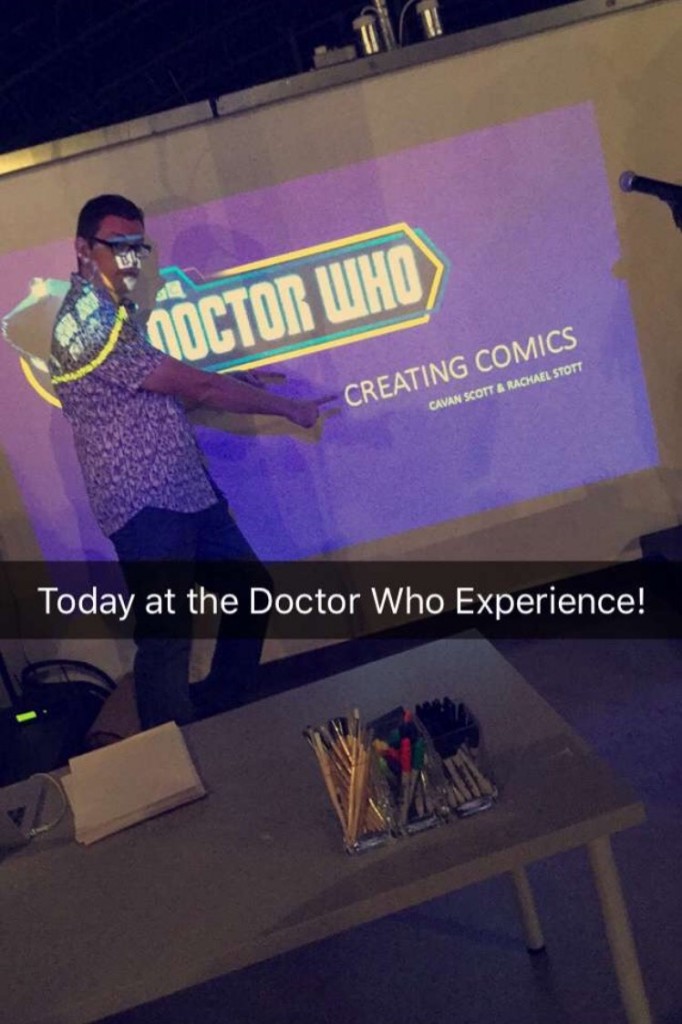 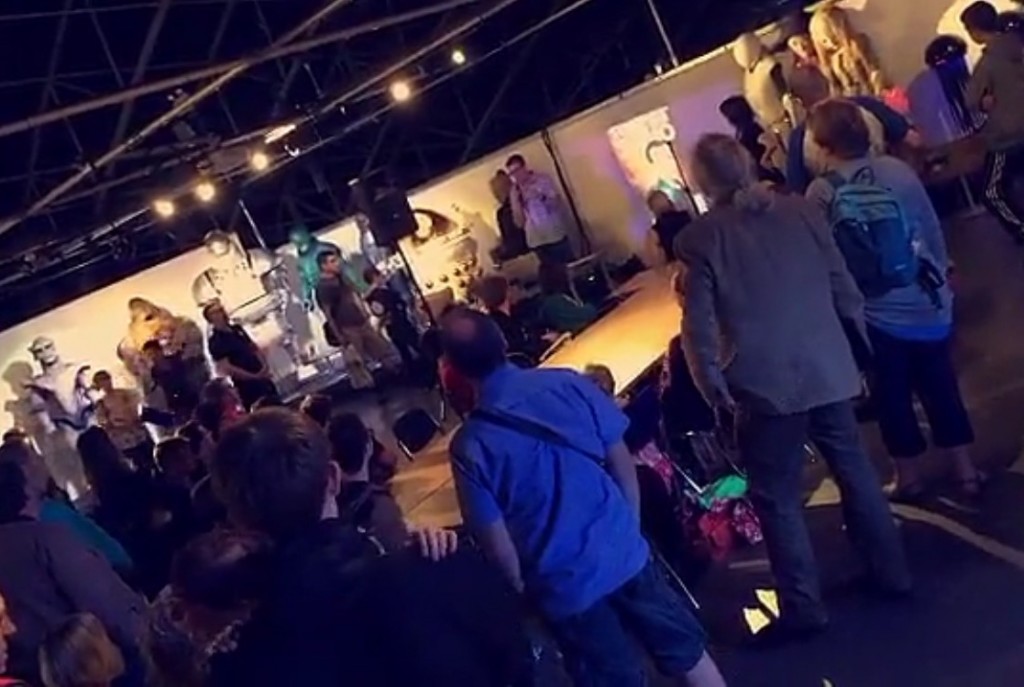 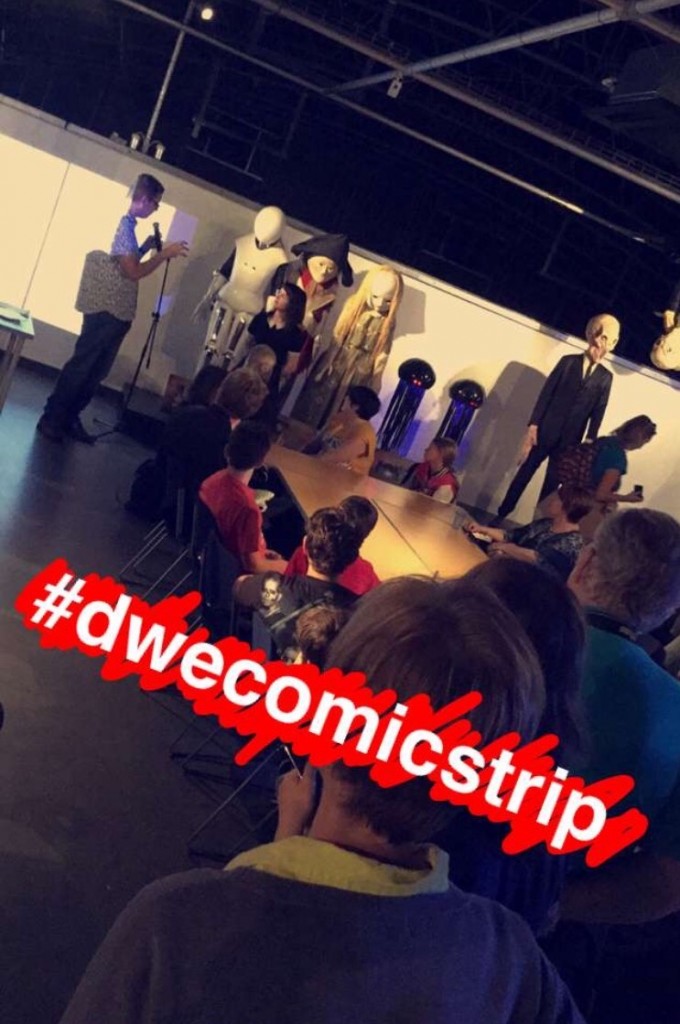 We were really impressed how well a lot of the children knew their comics. During the second session, when I asked what you expect to see on a comic book page, I thought we’d get replies like ‘pictures’, ‘words’ and maybe ‘sound effects’. What we actually got was a young lad putting up his hand to say: ‘Establishing shots!’

As I said, they really knew their comics.

We were also really impressed with the quality of the work the kids pulled together in a relatively short time. 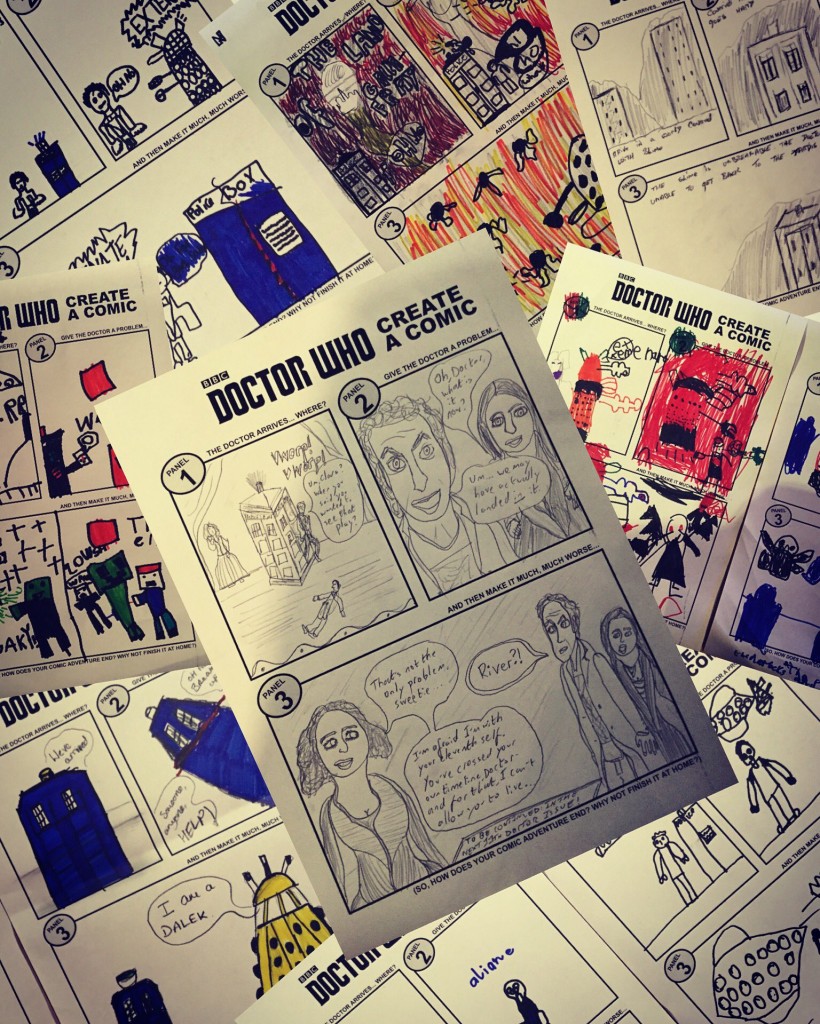 Seriously, how cool is all of that? The future of Doctor Who comics is in safe hands.

The workshops were over before we knew it (but we’re back next Wednesday for more of the same), but before we left for the day something very special happened.

Rachael and I met up with top comic artist and Doctor Who story-boarder Mike Collins who took us on a set visit of the neighbouring BBC studios where they were filming the next series of Doctor Who. We were lucky enough to explore a couple of the stages, and see cast and crew in action. Both Peter Capaldi and Pearl Mackie were absolutely lovely. A big thanks to BBC Cardiff for making us so welcome. It was an afternoon I’ll never forget.

In fact, I think I was dancing around like this:

I do have photos, but unfortunately we can’t share them. Needless to say one of them is framed and on my study wall as I type this!

Rachael and I joined forces again yesterday at Nine Worlds Geekfest 2016, this time with added Paul Cornell for a lively panel discussing Titan’s Doctor Who comics. 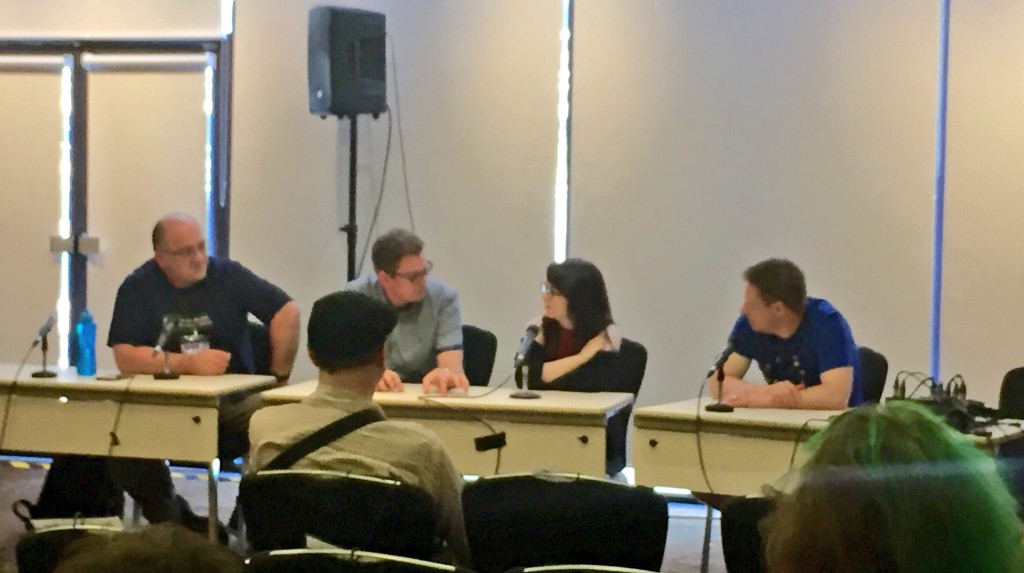 (A shout out to Andy Piper for the photo which I shamelessly stole from his Twitter feed. Hope you don’t mind Andy!)

Expertly moderated by Alasdair Stuart, there were a lot of laughs – the biggest of which came when someone asked a question about the classic series. ‘You answer this boys,’ said Rachael. ‘You’re both from the past!’

I shall have my revenge on Wednesday when Rachael and I head back to Cardiff for more Comic Workshop goodness. 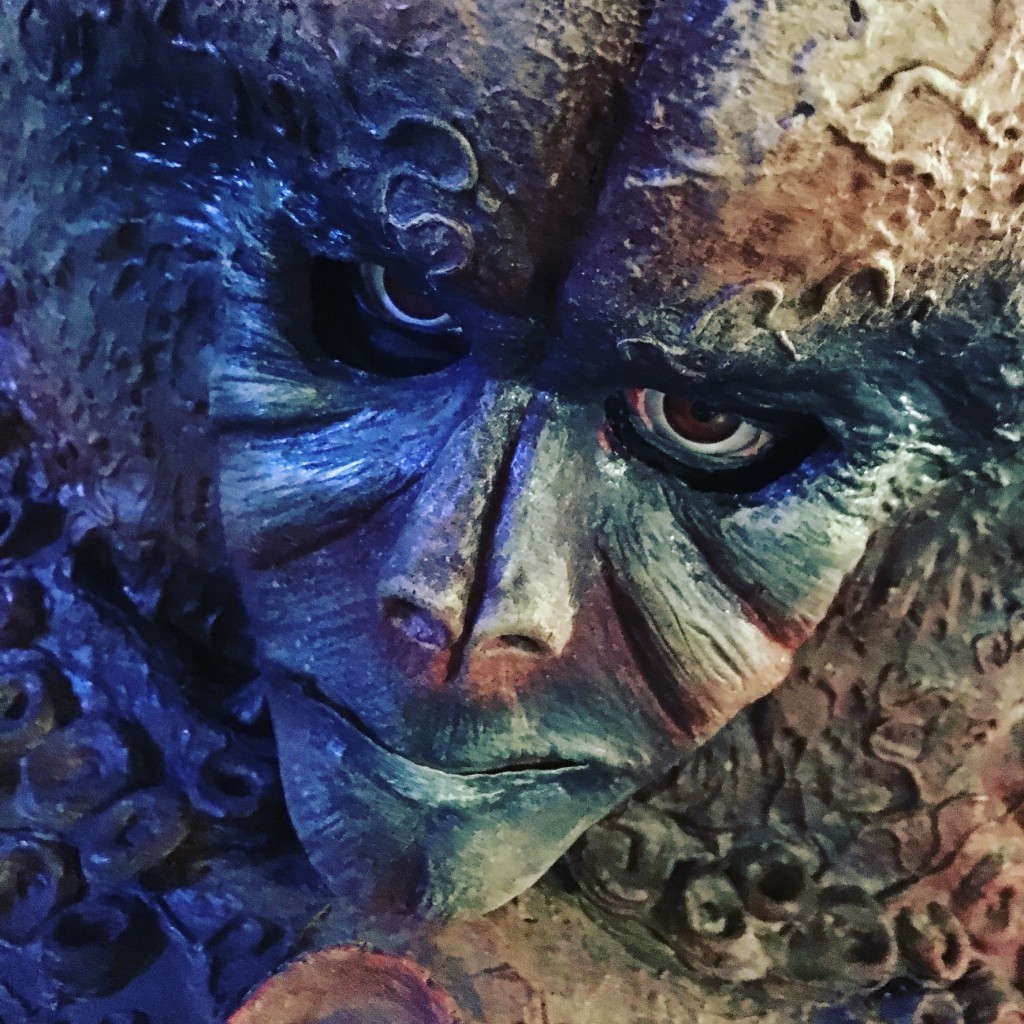