This week sees the start of a new three-part Bananaman, the last in my current run. It features the art of Steve Bright who was one of the creators of Bananaman all the way back in Nutty issue 1. In those days Steve wrote the scripts with the great John Geering on art duties. It’s no exaggeration to say that those two men were responsible for some of the happiest comic memories of my youth. It’s an honour to be working with him. 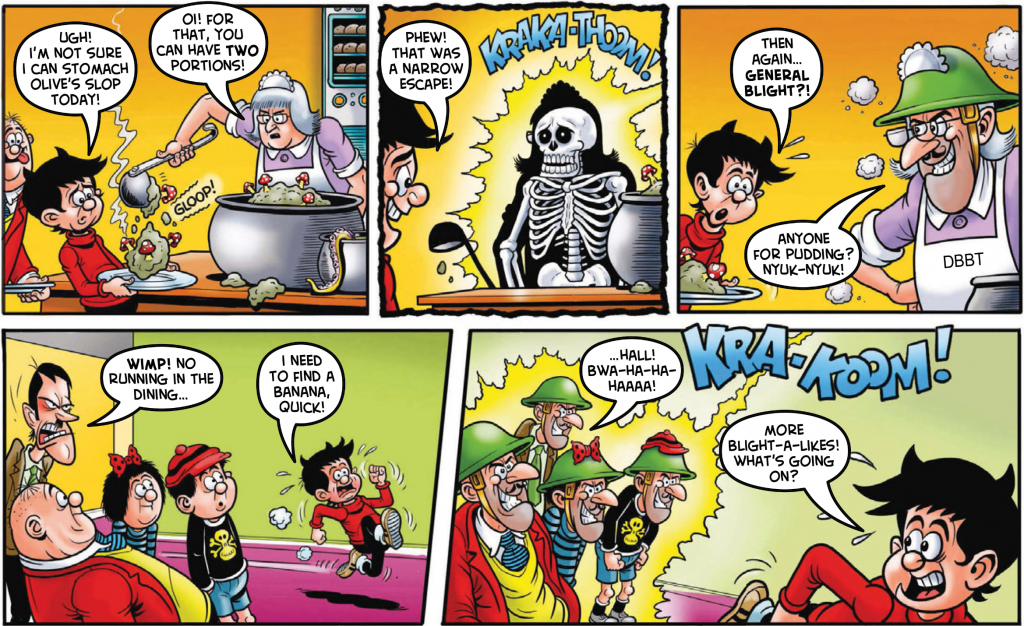 Elsewhere in the issue, you’ll also find Minnie the Minx by me and Nigel Parkinson, in which Minnie takes part in a film competition. 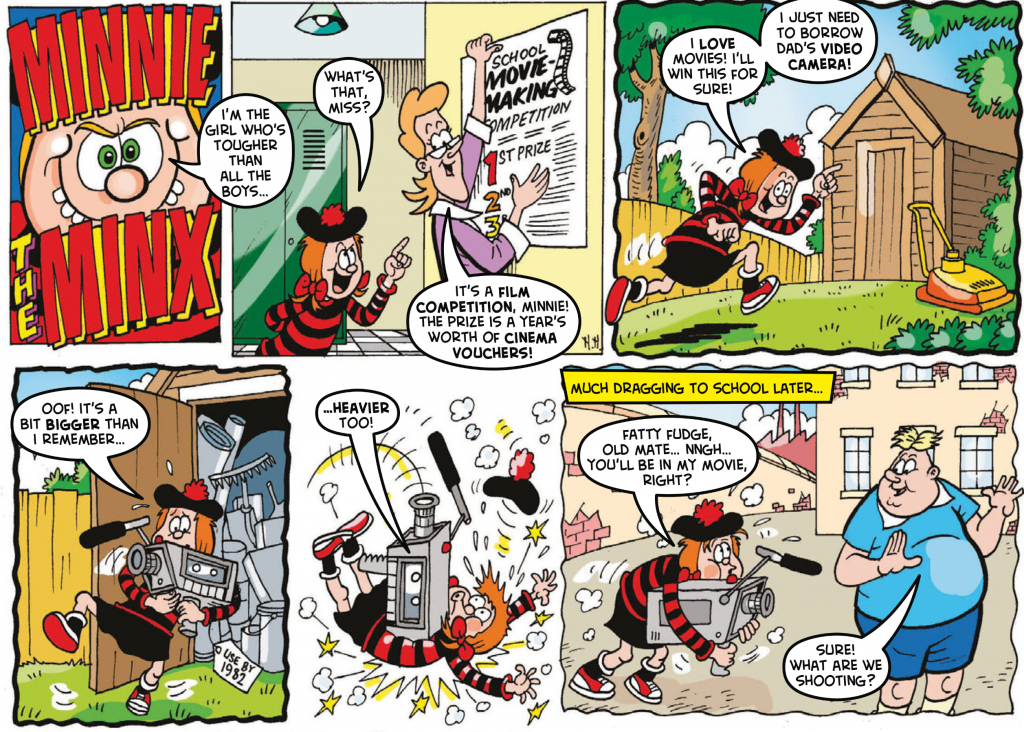 To find out what happens in both stories, pick up this week’s Beano.