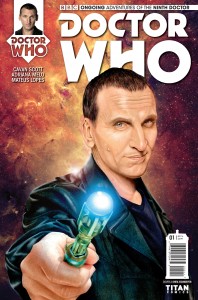 It’s a week until Doctor Who The Ninth Doctor #2 hits comic stores, so let’s check out what the reviews said about issue 1…