Saturday was Free Comic Book Day and I’d like to thank everyone who came along to Forbidden Planet’s London Superstore to have their Doctor Who FCBD 2016 edition signed by yours truly, Rachael Stott, Rob Williams and Neil Edwards.

Here we are before the madness began. As you can see we were all very proud of our wares. Left to right that’s me, Rachael, Rob and Neil. 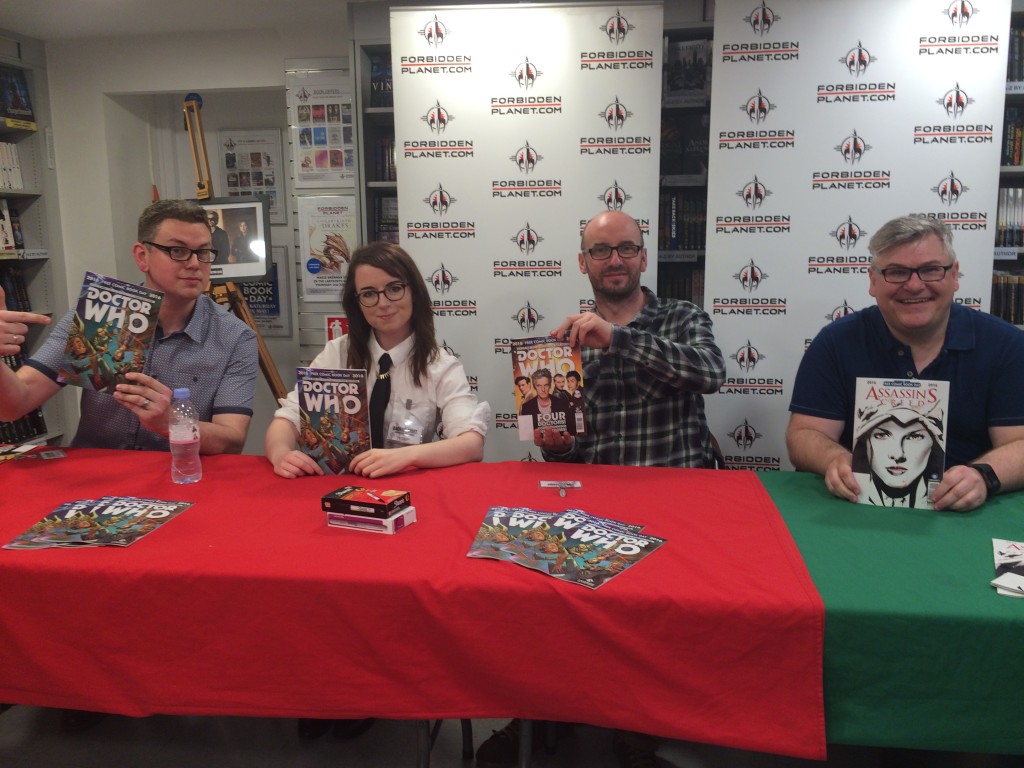 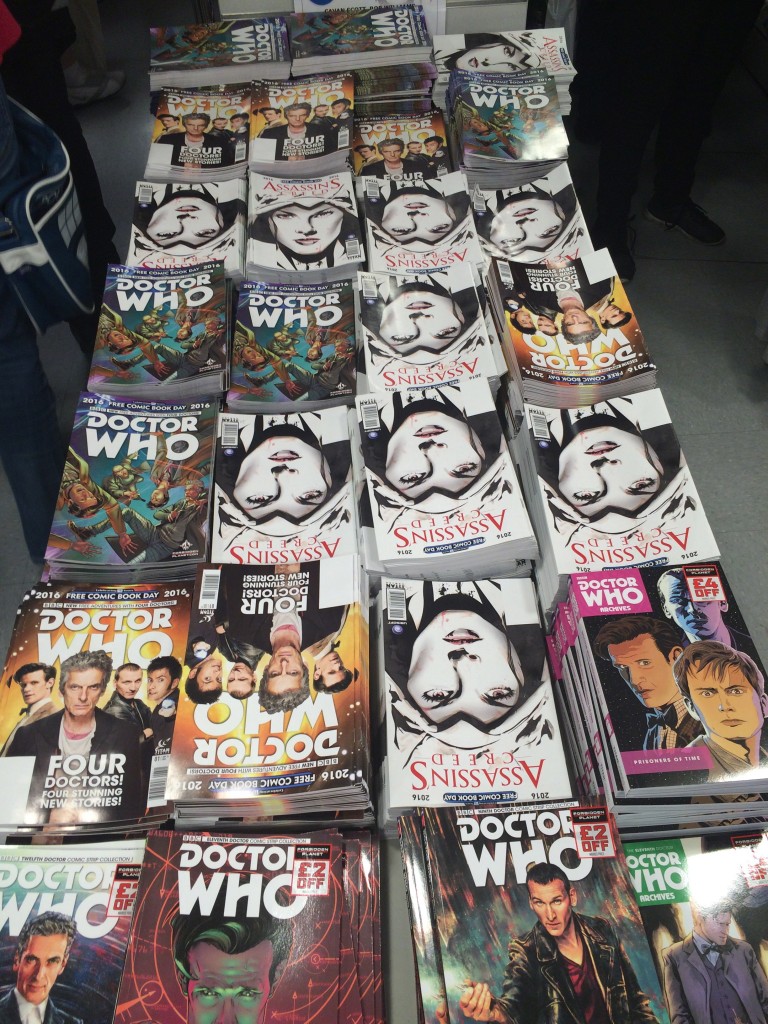 After the mammoth signing, we headed off to meet up with other comic folk, including the 2000AD crew who had just finished a signing at Orbital. A fab old day! Roll on Free Comic Book Day 2017!

Oh, and special mention has to go to Dean Hill who came to the signing wearing this phenomenal Doctor Who shirt! John Nation Turner would be proud! 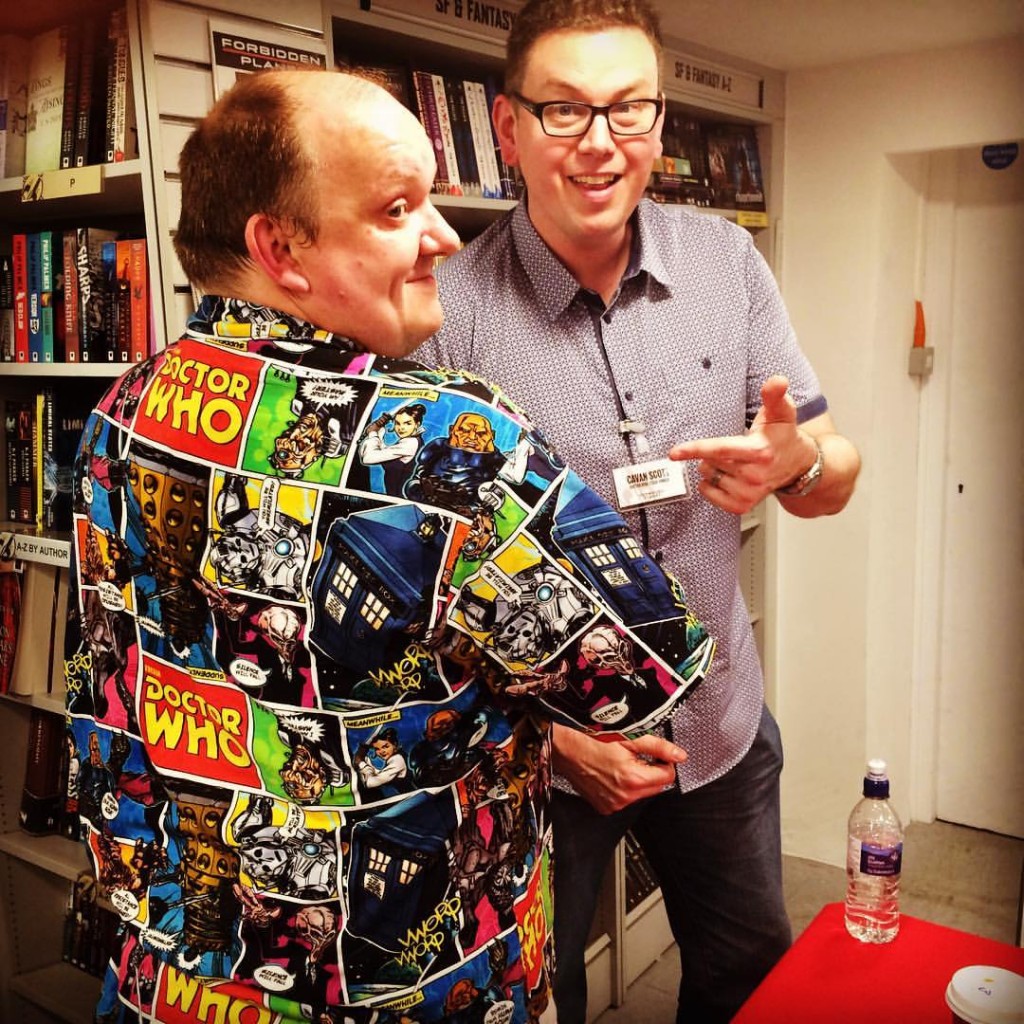 Thanks to FP’s own Jon Harrison for the photos.