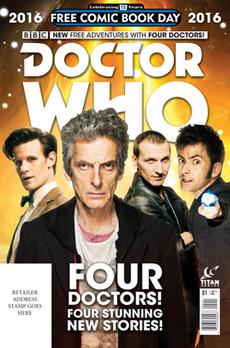 What are you doing on Free Comic Book Day? Well, if you’re London, why not head over to Forbidden Planet to pick up some free comics and get them signed by me and my fellow comic creators, Rob Williams, Rachael Stott and Neil Edwards?

We’ll be there signing copies of the Doctor Who Free Comic Book Day, er, comic, which includes a new Ninth Doctor story by me and Mariano Laclaustra.

Meet Cavan Scott, Rob Williams and Rachael Stott as they sign the Forbidden Planet EXCLUSIVE Variant Edition of the FCBD Doctor Who Comic at our London Megastore on 7th May at 1:00pm!

And meet Neil Edwards as he reveals the darkness of ASSASSIN’S CREED!

Jump on board the TARDIS with FOUR all-new short tales of the Ninth, Tenth, Eleventh and Twelfth Doctors! Whether you’re a whizz with a Sonic Screwdriver or completely new to Who, this is the perfect Free Comic Book Day adventure for SF fans of all ages!
Written and illustrated by the creative teams of the regular comics, this is the ideal place to start reading! 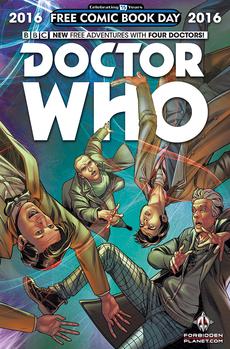 In our FCBD edition of Assassin’s Creed, you can enter the shadowy world of the Assassins and Templars, two feuding factions who have battled over the centuries to decide the course of humanity!

Discover two all-new short stories, written and illustrated by the creative teams of the regular comics, highlight a shocking event in the life of new Assassin Charlotte de la Cruz, and reveal the true extent of the mysterious Templar Black Cross’s terrifying skills!

PLUS: One lucky customer picking up a signed Forbidden Planet FCBD Variant will be picked to win a framed Doctor Who Print, signed by Michelle ‘Missy’ Gomez!

That’s Rachael’s exclusive FP variant right there to the right. Isn’t it great. Last night, Rachael shared the inks on Twitter. Here it is in all their glory… 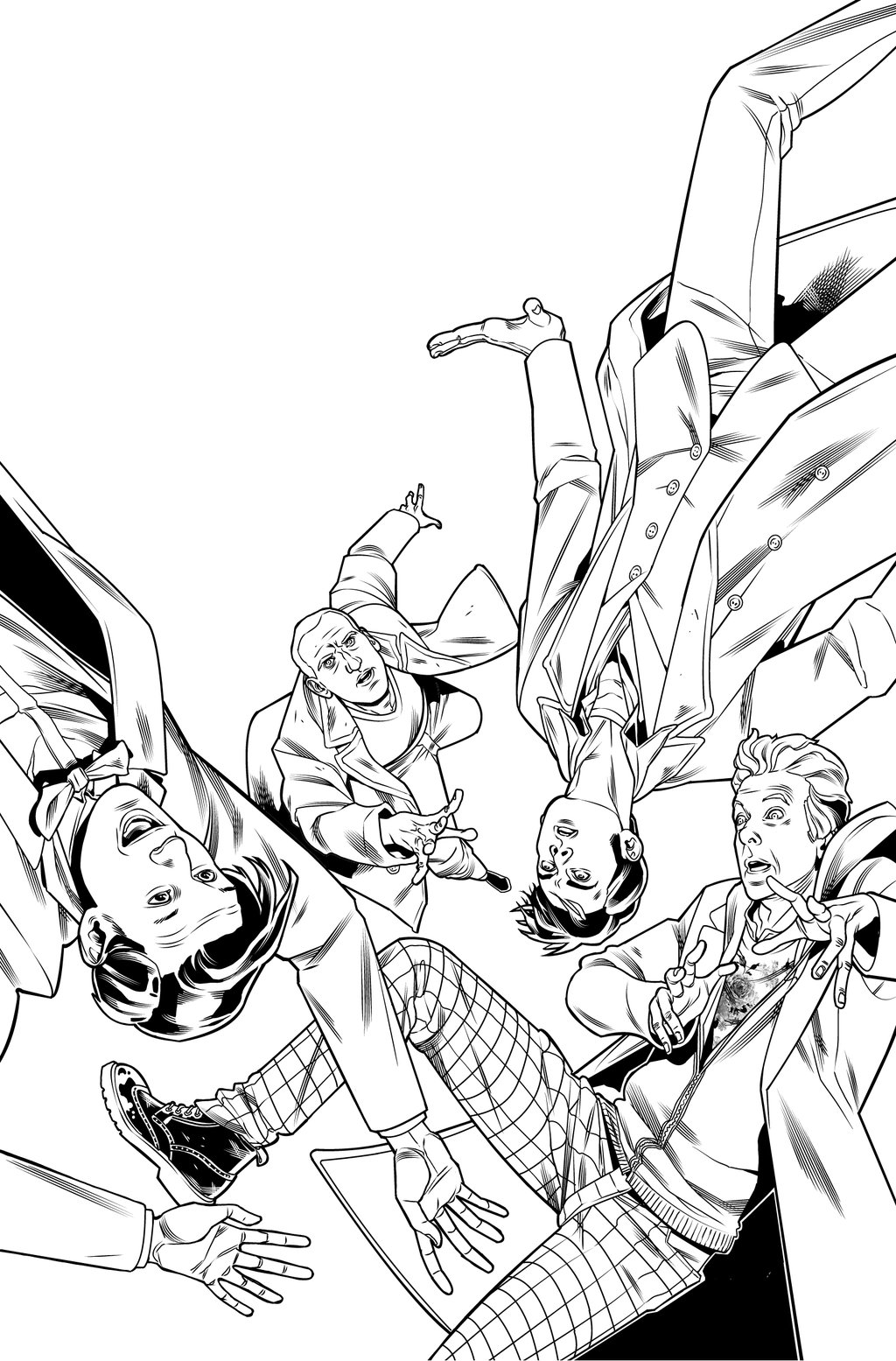 Hope to see you on Free Comic Book Day!