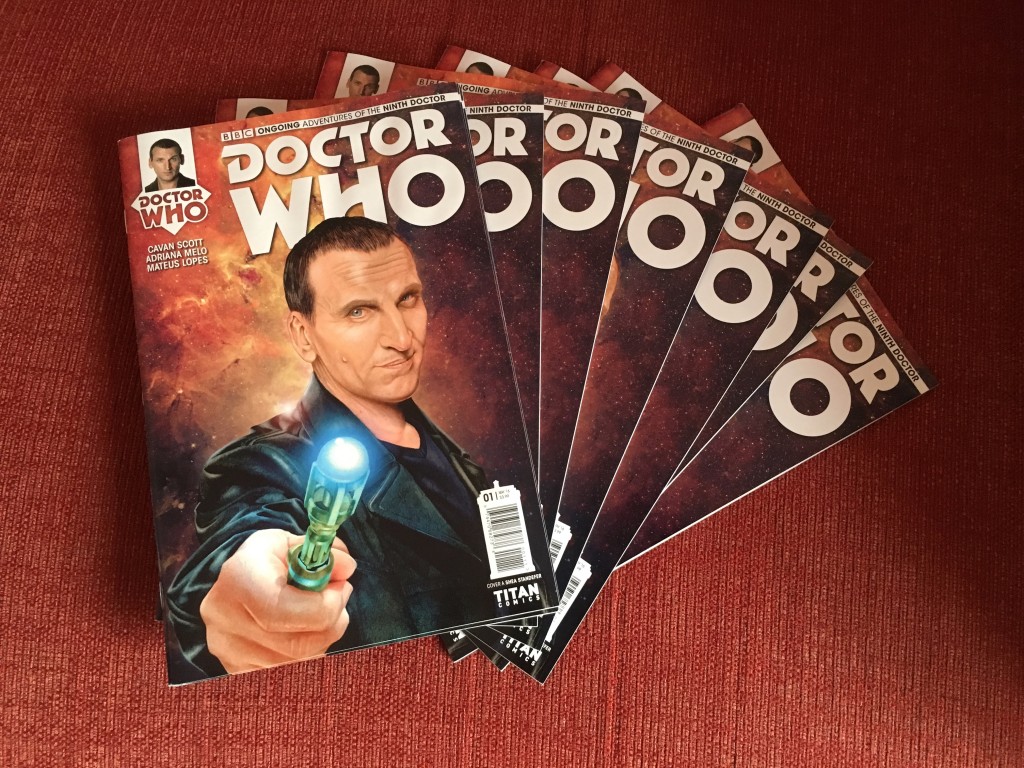 When I was a kid, I dreamt of writing an ongoing comic book and it’s finally happened! To say that I’m a little excited is an understatement. 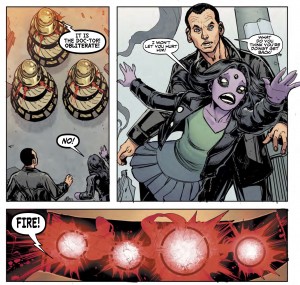 But the writer is only part of a comic book. There are so many other members of the team, who all Doctor Who comic fans should start following. I shall run through them here with links so you can do just that.

There’s our wonderful series artist, Adriana Melo, who has brought so much enthusiasm to the book. I’m loving working with you, Adriana.

And then there’s Matheus Lopes, our phenomenal colourist. Mat has made Adriana’s inks sing with his dramatic, striking colours. Thanks Mat!

Letters have been provided by the awesome Richard Starkings and Comicraft’s Jimmy Betancourt. Such an important, and often overlooked, part of a book. I love your lettering for the (highlight right for the spoilers) Chumblies guys!

And of course, there’s Andrew James, Senior Editor at Titan, who spins so many plates to keep everything on track. He is one of the most encouraging men I’ve ever met, always knowing exactly what to say to keep the team’s spirits up, and also prompt new ideas and possibilities.

Even that isn’t everyone involved. Just look at the credits page and all those people who work so hard to get a comic into your hands, including our fab designer Rob Farmer, and Ricky Claydon and his sales and marketing team. 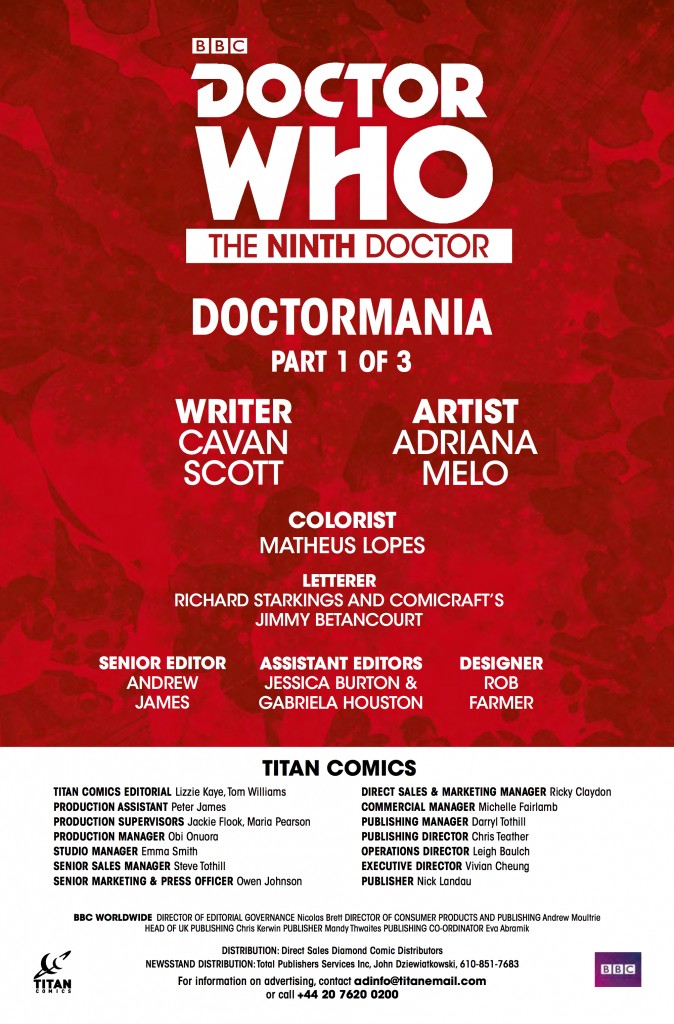 Thanks to everyone – and also to the legions of Doctor Who fans who have been getting so excited about the launch. I hope you enjoy issue one and stick with us for the trip of a lifetime!