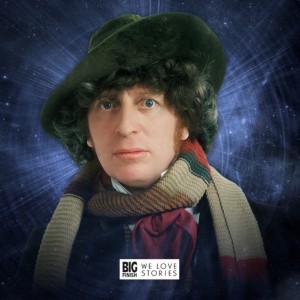 Big Finish have revealed the details of Doctor Who: The Eternal Battle, co-written by yours truly and m’colleague Mark Wright. The audio play, out February 2017, stars Tom Baker as the Fourth Doctor, with Lalla Ward as Romana and John Leeson as K9.

Writing this one was a real honour – after all, this was the TARDIS team that really got me watching Doctor Who in the first place.

Plus if that wasn’t exciting enough, this is my first time writing the Sontarans, as played her by Dan Starkey of Strax fame! Hopefully it won’t be my last! (Actually, I know it’s not, but can’t reveal why… yet!)

Here’s what Big Finish say about The Eternal Battle on their website:

The TARDIS lands in a battleground on an alien world where Sontarans and humans are at war. But what are the vicious feral creatures that are hunting in this wasteland?

More information – and a cover – when I can reveal it. In the meantime, check out the other releases that make up the sixth season of Big Finish’s Fourth Doctor adventures!

Join Star Wars: The High Republic at our Comic Con At Home panel

Interviewed by IGN on comics, novels and the future of Star Wars: The High Republic

It’s time for that red lightsaber. Star Wars: The High Republic #7 is on sale [READ MORE]