Egmont have just sent me the next cover for my next book in the Star Wars Adventures in Wild Space series. The Steal take our young heroes to a planet that may be familiar to fans of Star Wars Rebels. 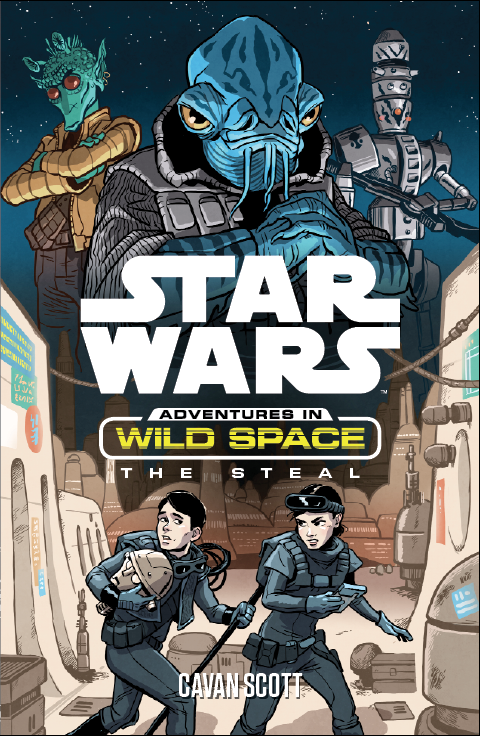 And here’s the blurb:

In a galaxy far, far away….

When the parents of Milo and Lina Graf are abducted by agents of the evil Empire, the children must undertake a perilous journey across the unknown reaches of Wild Space to rescue them – and to discover hope for the future.

Milo and Lina arrive on the planet Lothal, source of a mysterious transmission promising help against the Empire. With a bounty hunter on their tail, and a ruthless crime boss to contend with, can they pull off a daring heist?

Star Wars Adventures in Wild Space: The Steal is published by Egmont on 30th June 2016, along with book four of the series, The Dark by Tom Huddleston.

More info when I can reveal it!