Last night was a bit special. I headed up to London to attend to a special private viewing of the Impossible Collection, over 1,000 DC Comics presented in a wonderfully space-age gallery at St Pancras Renaissance Hotel. Soon to be sent on a worldwide tour, the collection belongs to Lebanese billionaire, Ayman Hariri, and has taken 16 years to amass. 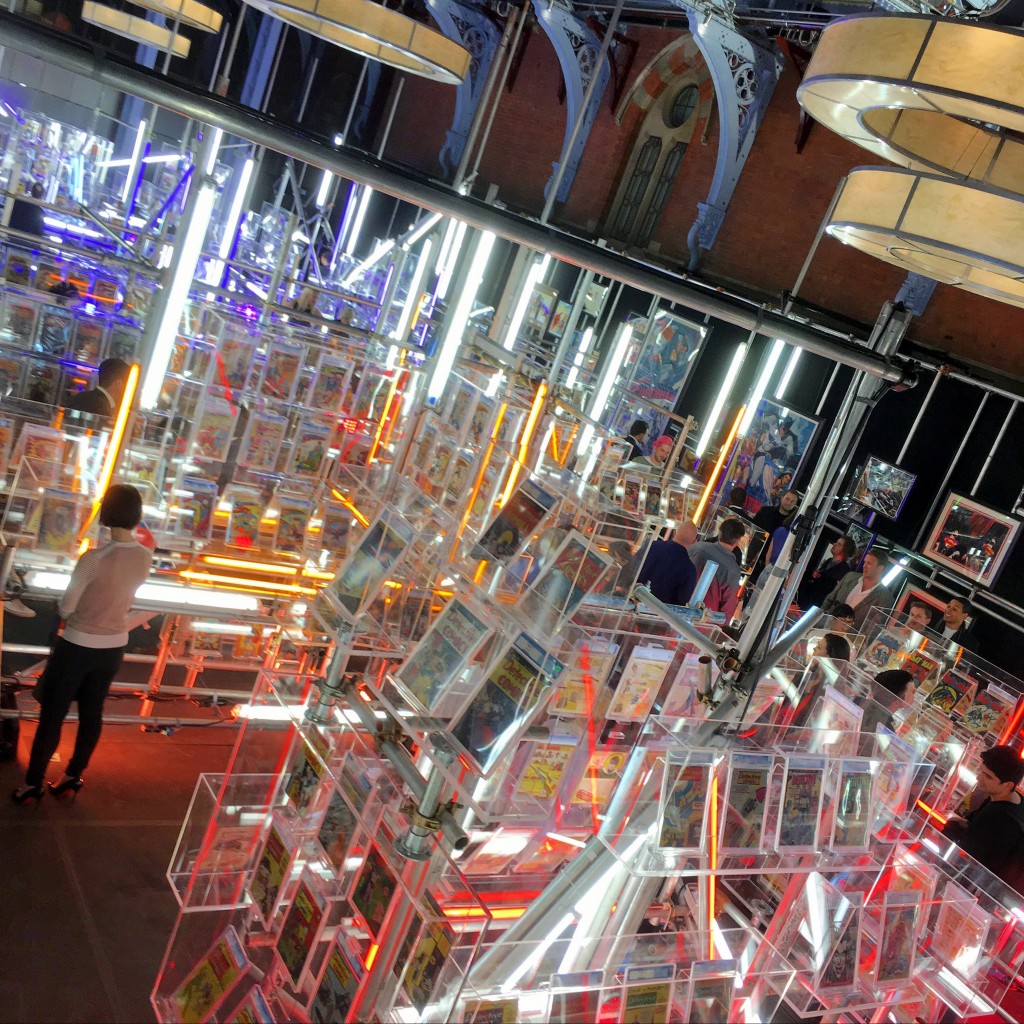 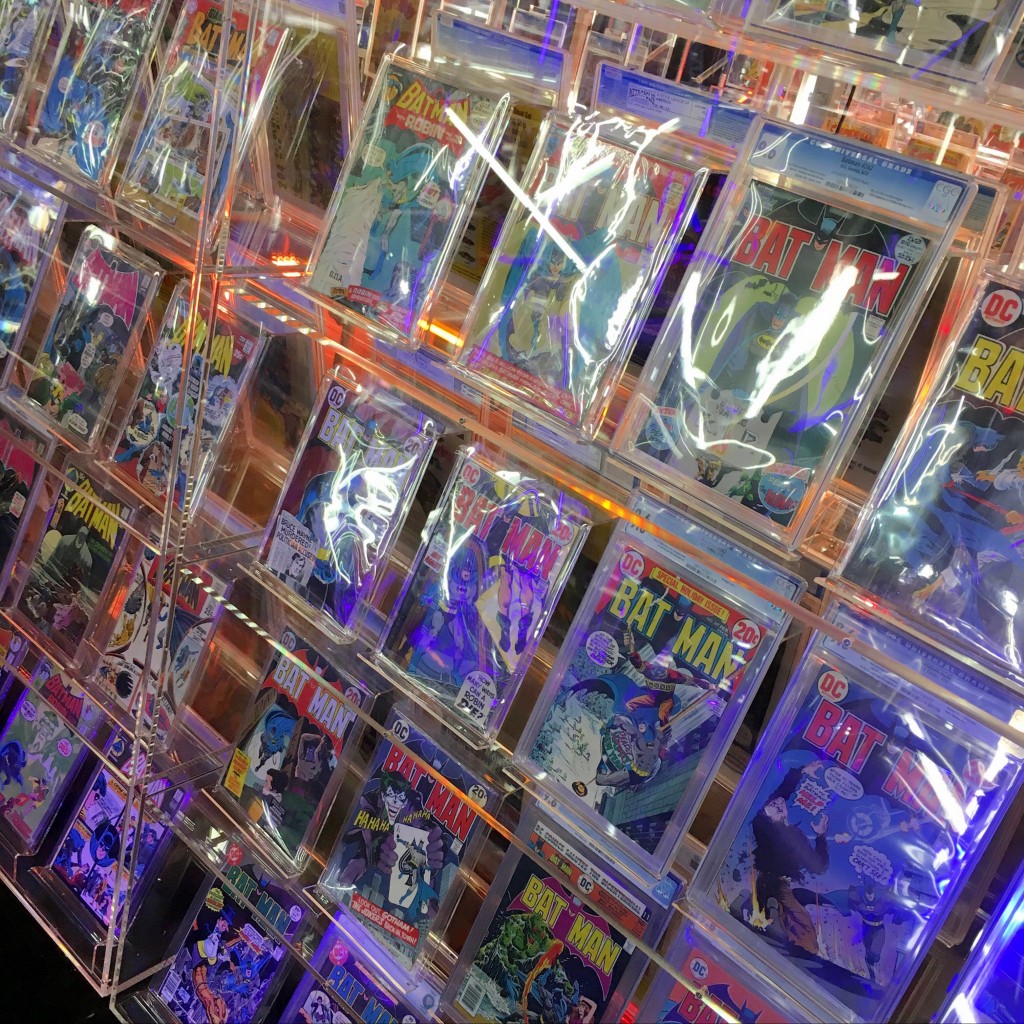 Thanks to Batman v Superman: Dawn of Justice, the focus of the collection was the Man of Steel and the Dark Knight Detective, although other members of the Justice League were also represented.

The collection including Detective #27 (the first appearance of Batman), Batman #1 (Batman’s first title comic), Showcase 7 (featuring the Silver Age Flash) and not one, but two copies of  Action Comics #1, featuring Superman’s first ever appearance!

Oh, the joy of wandering the displays, gawping and oohing, plus loving some of the more, shall we say, curious covers along the way.

Scroll down for a selection – including one of my favourite Bat-villains, the rubber-headed man! When will we see him on the silver screen? 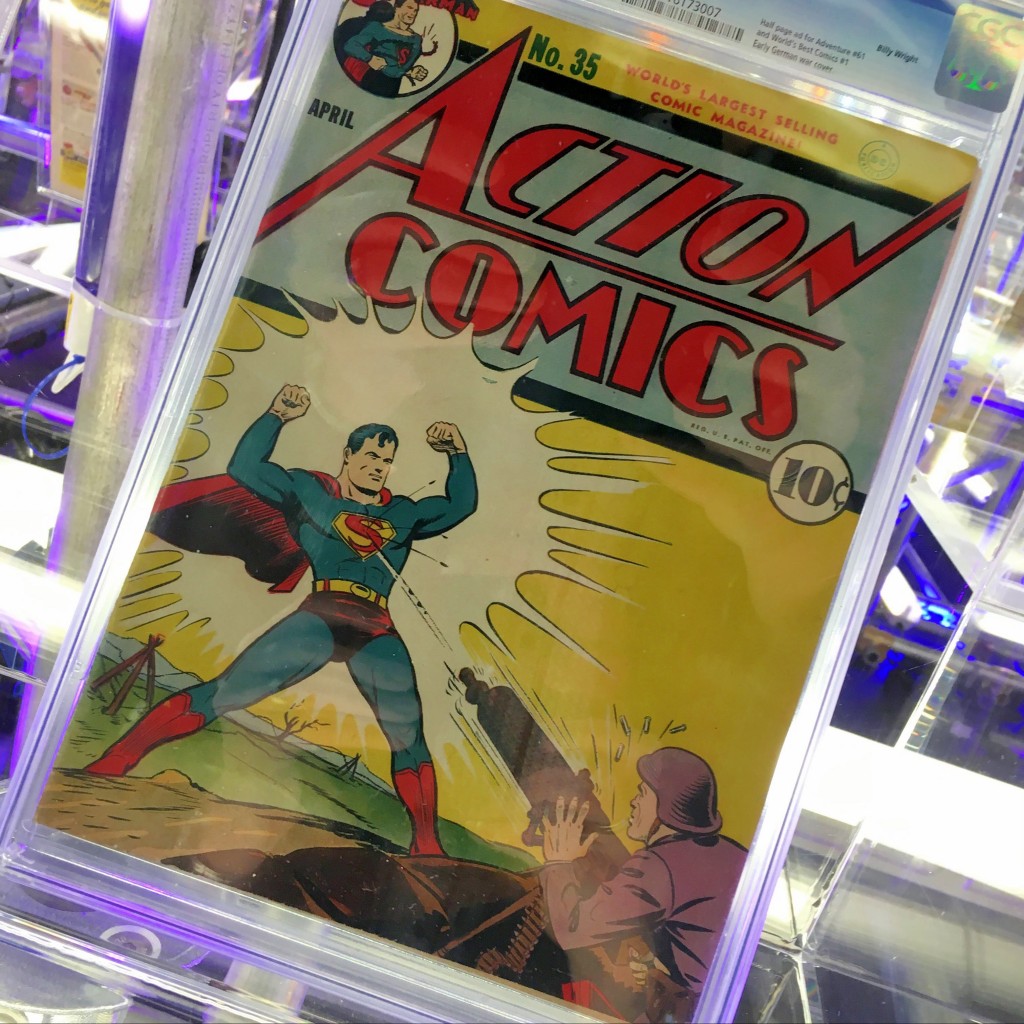 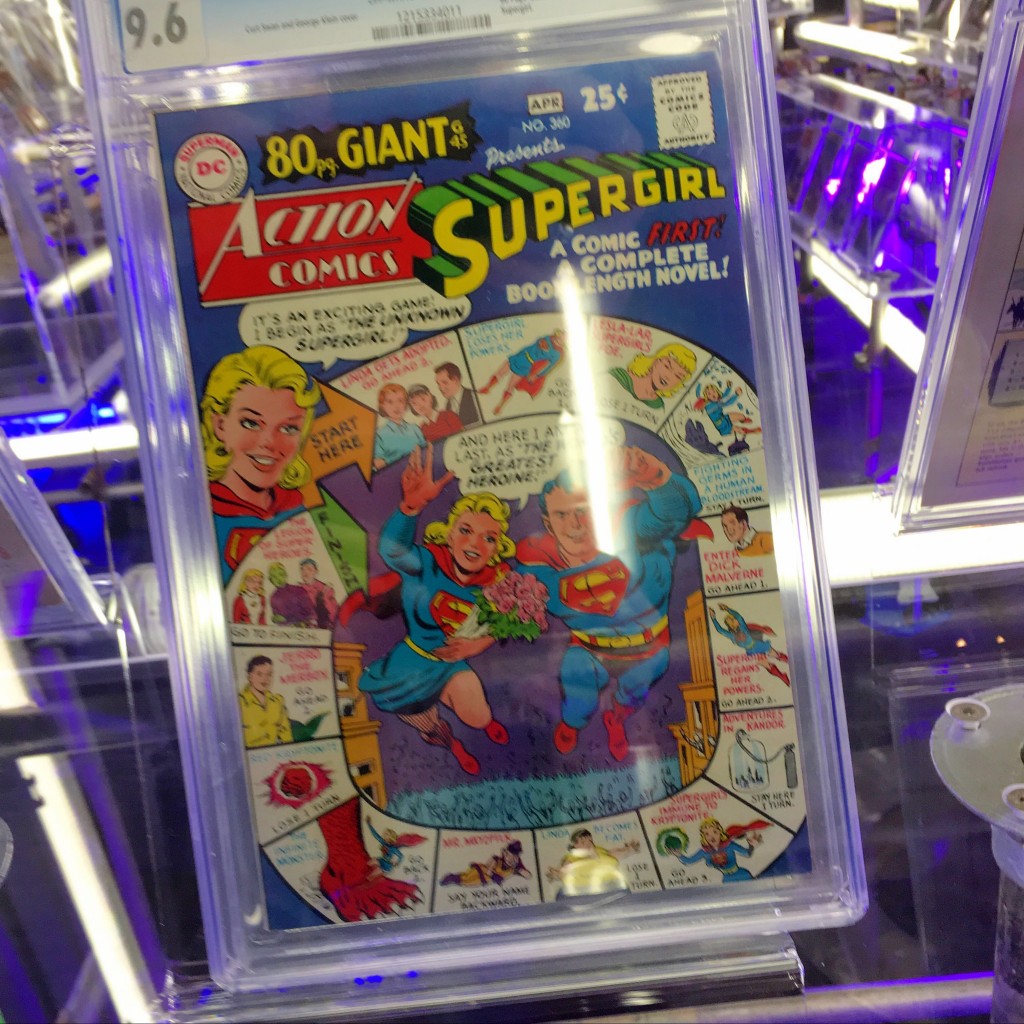 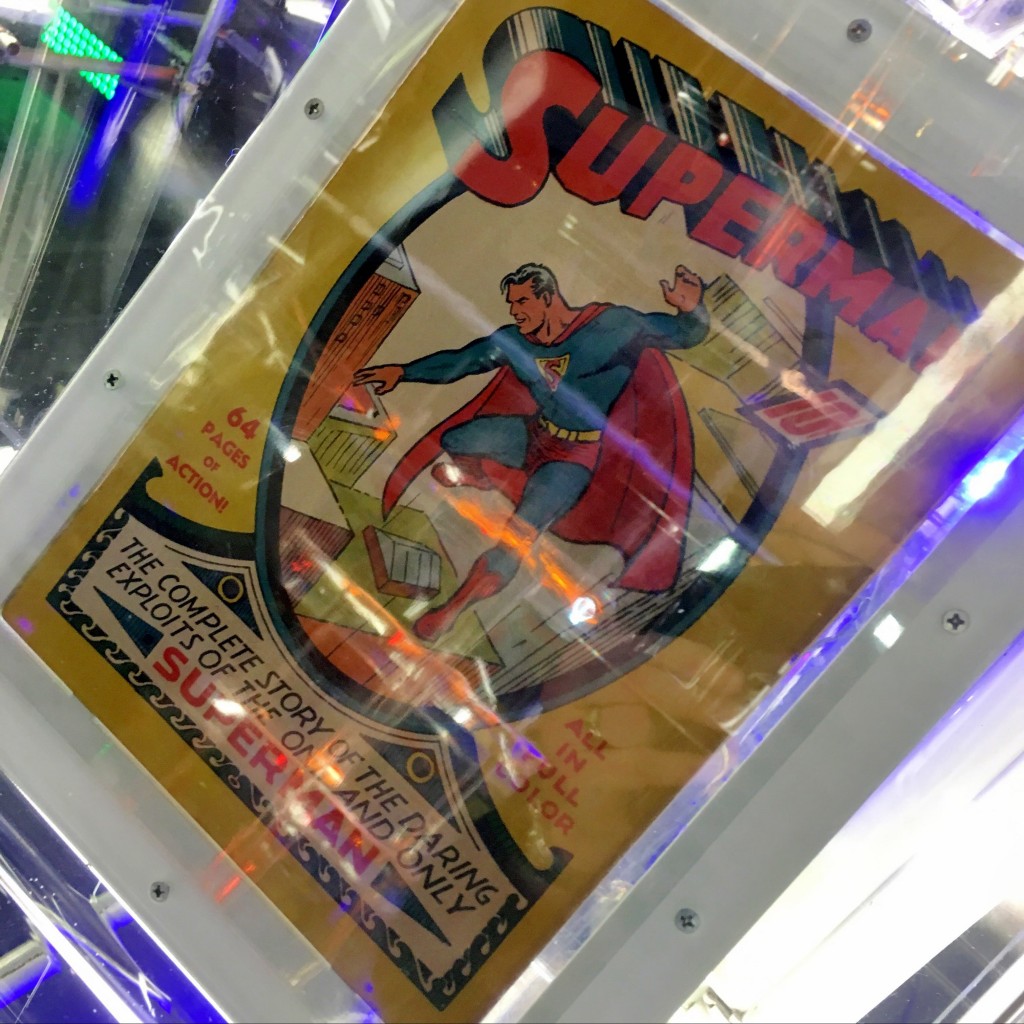 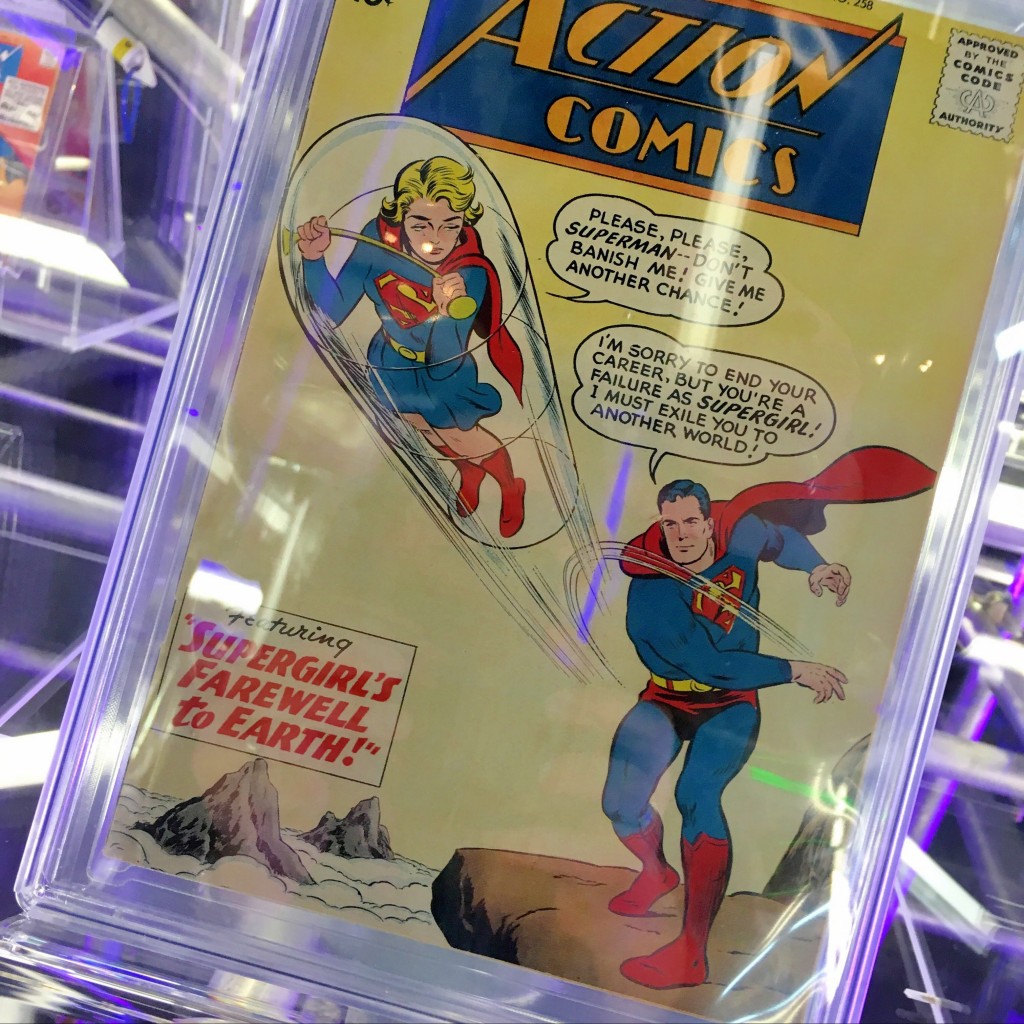 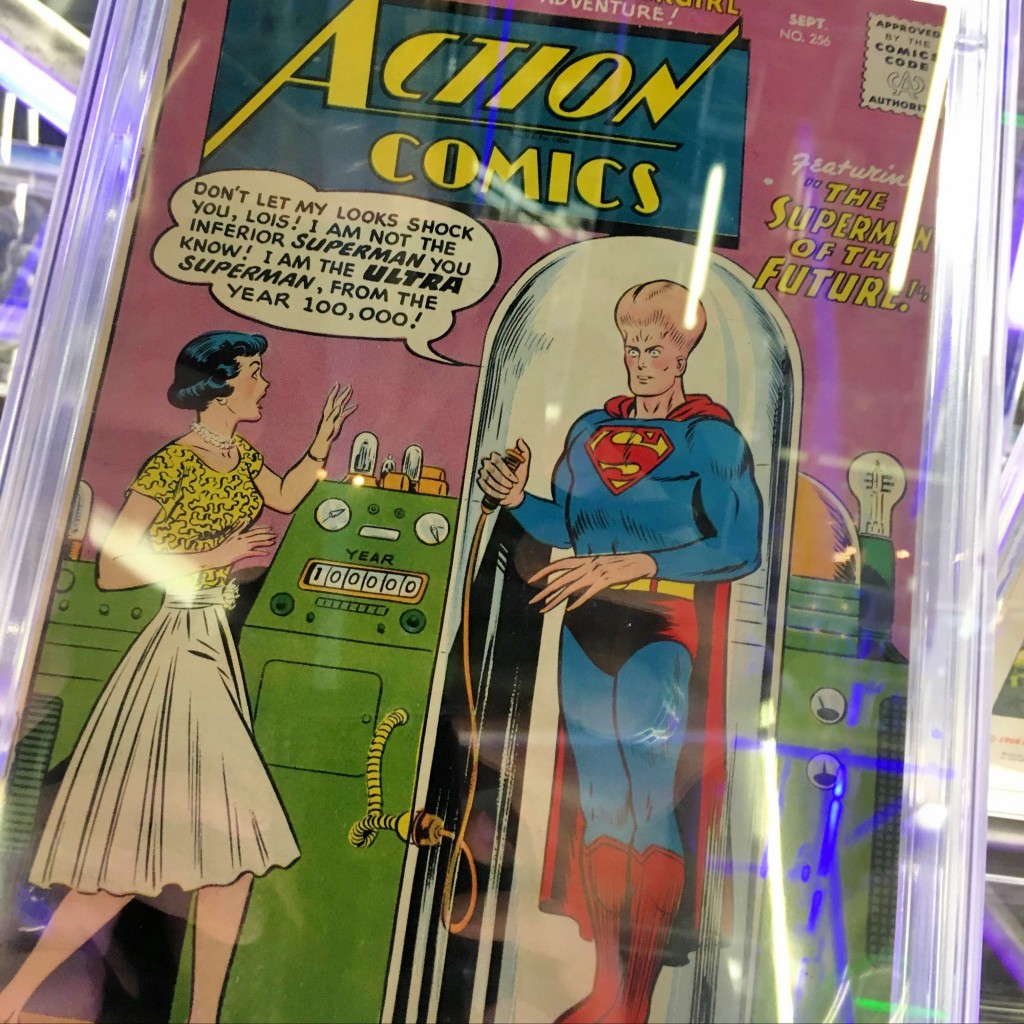 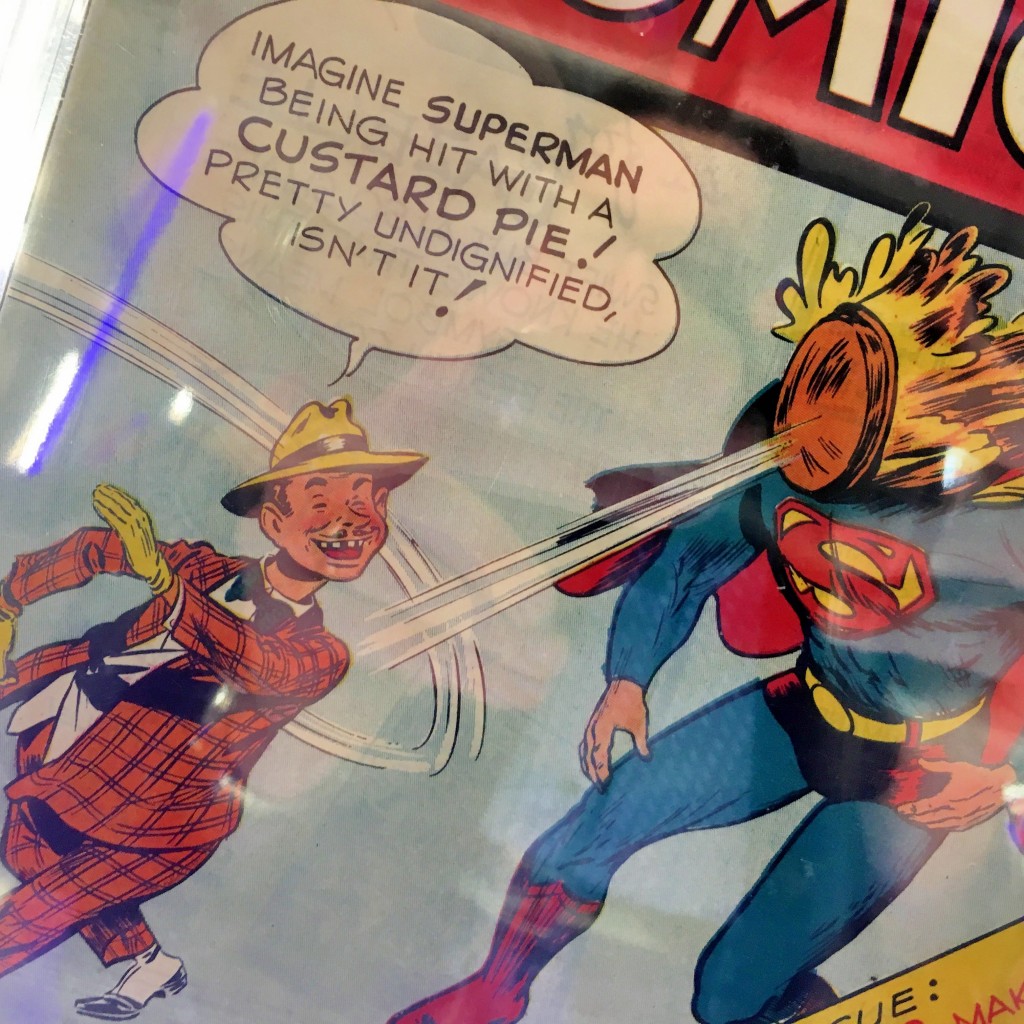 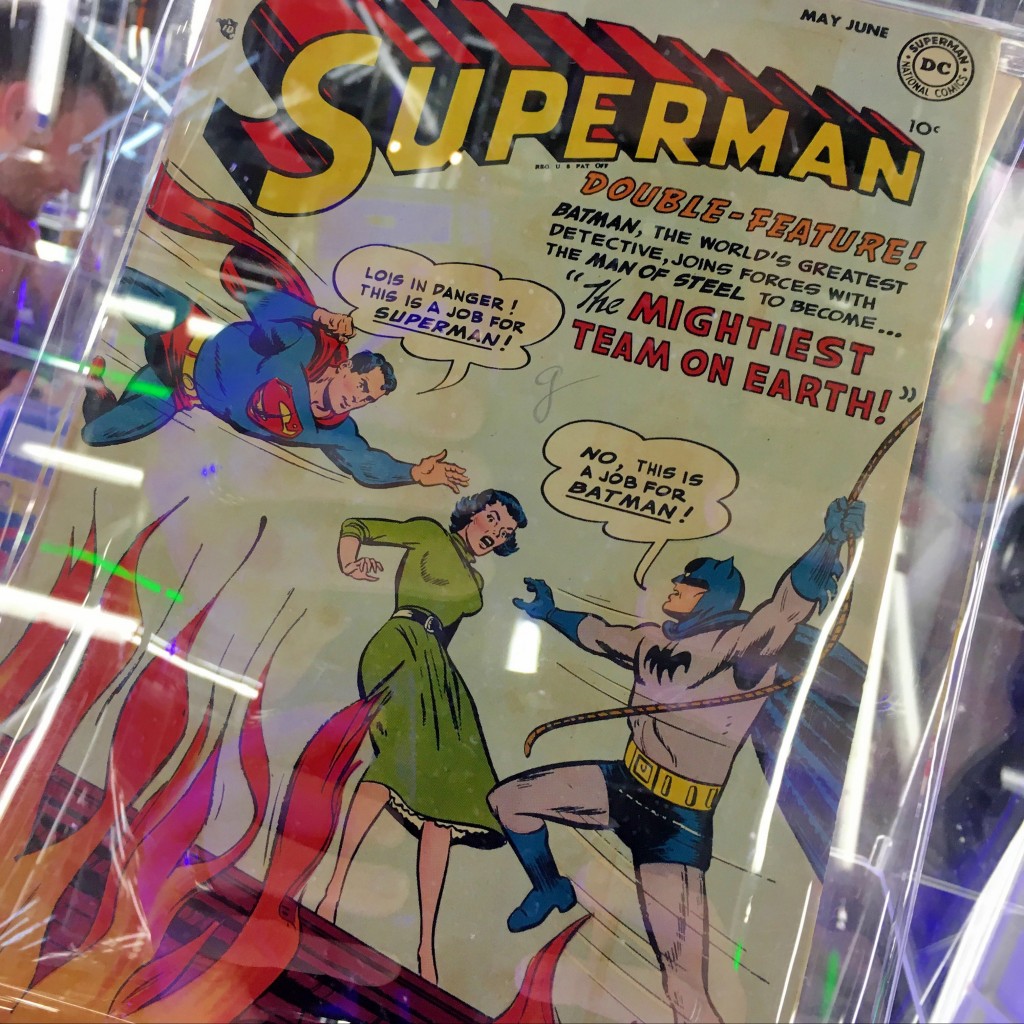 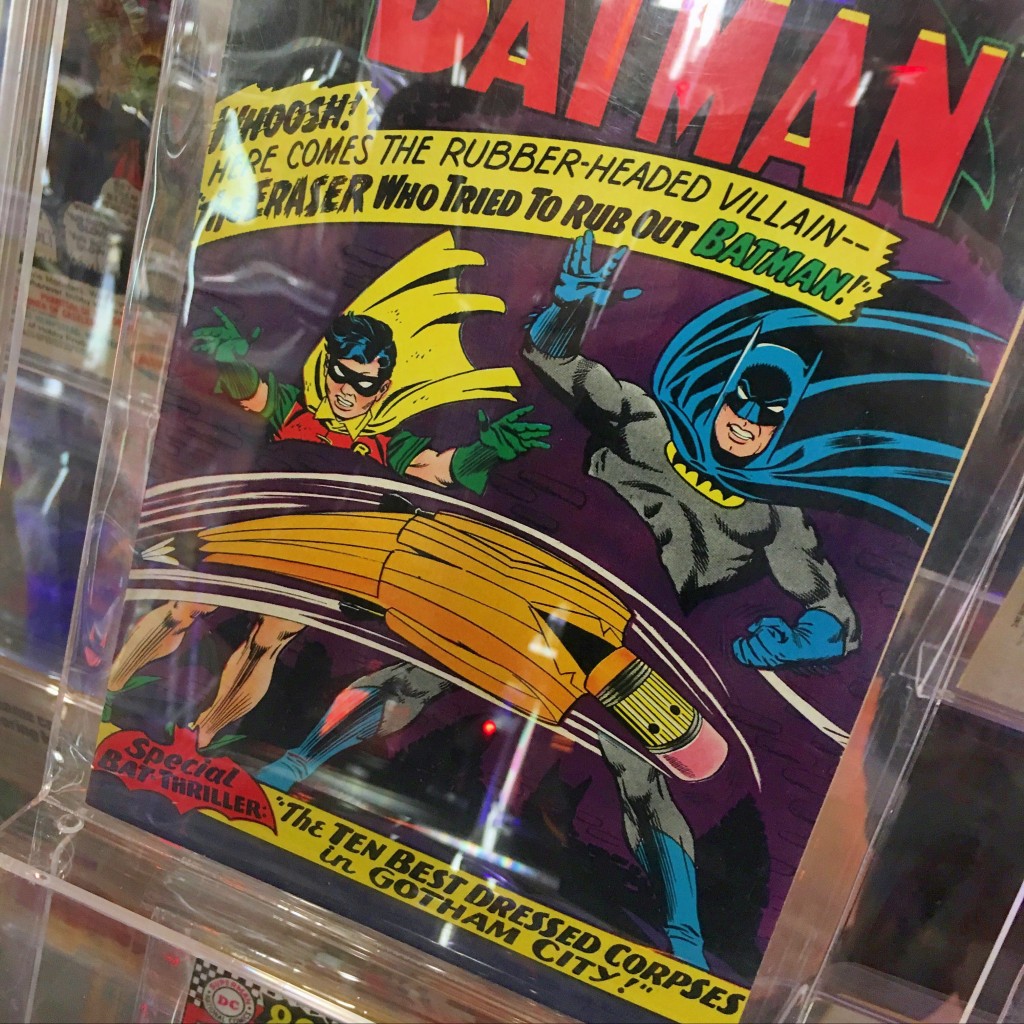 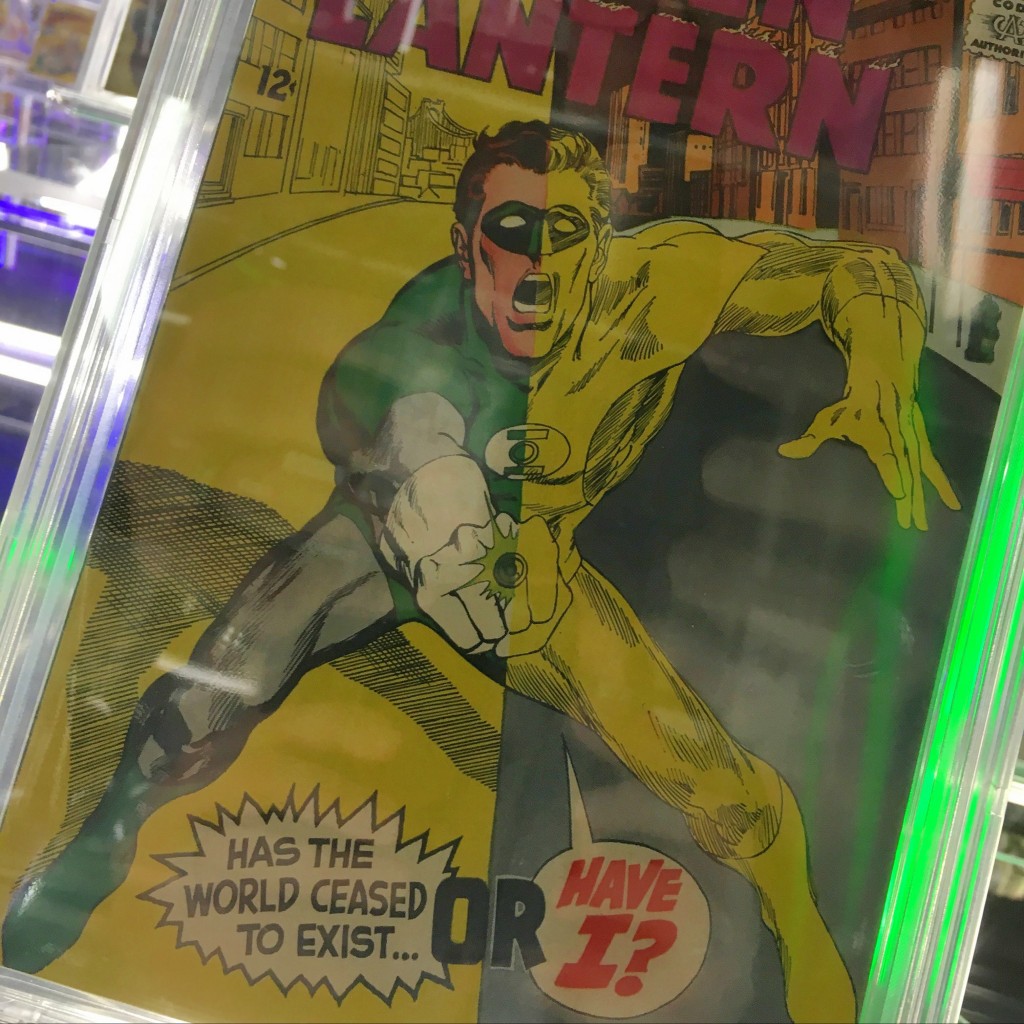 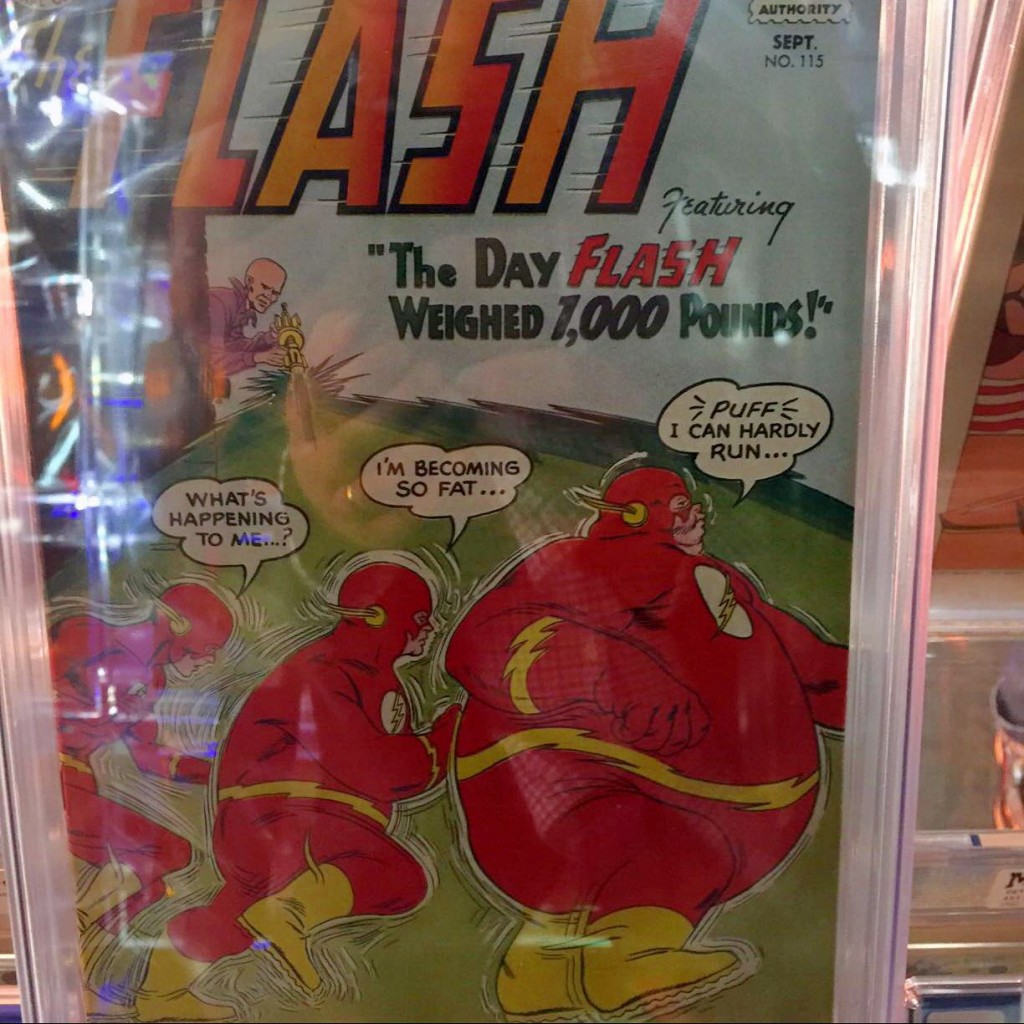 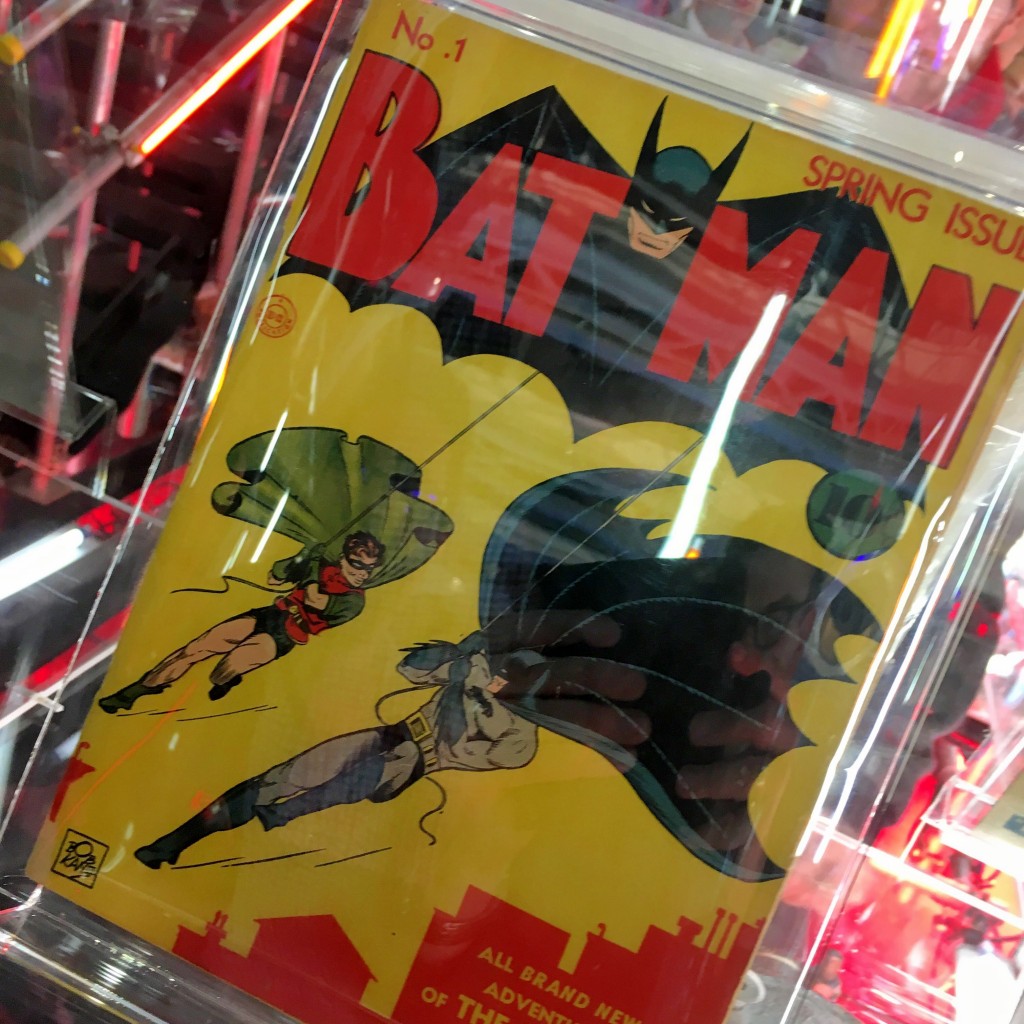 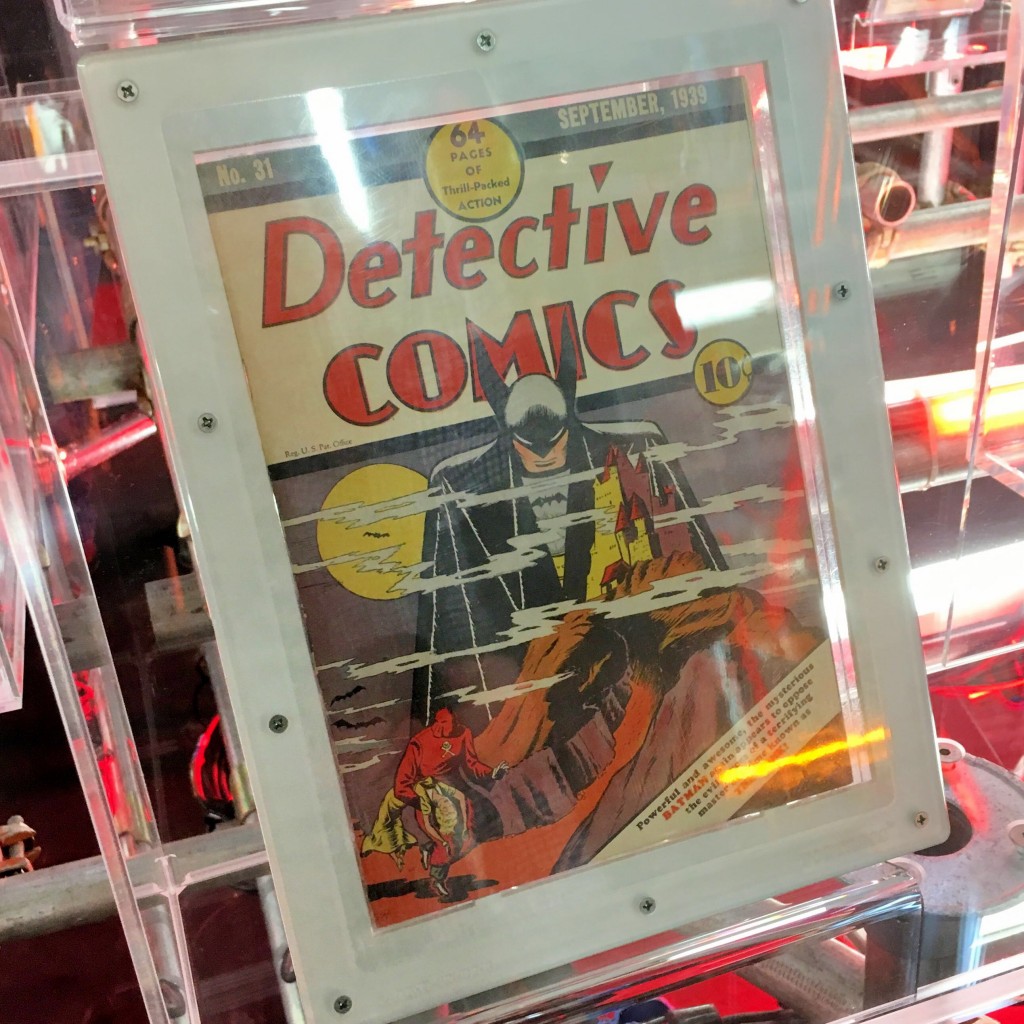 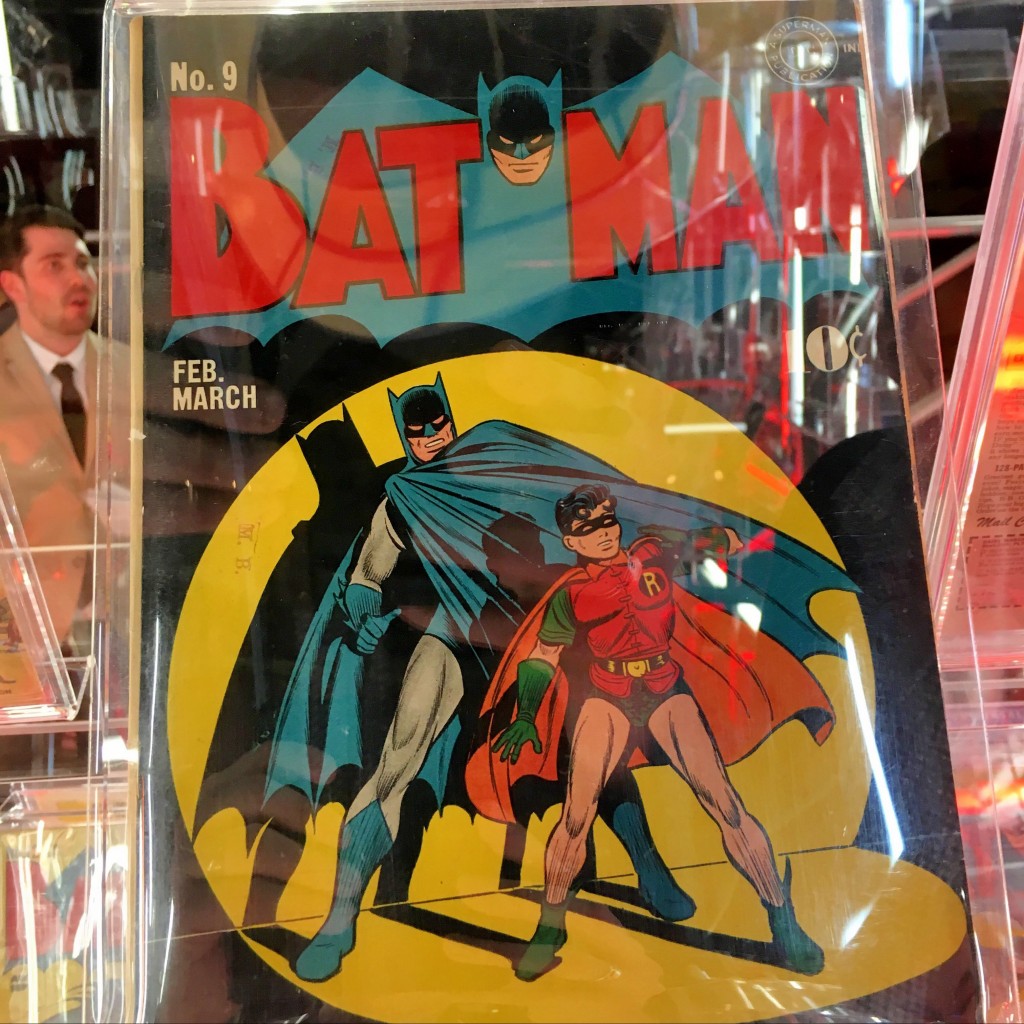 The conditions of these comics was staggering!

George and I also indulged in some pointy-finger photos – first up, Batman’s first appearance… 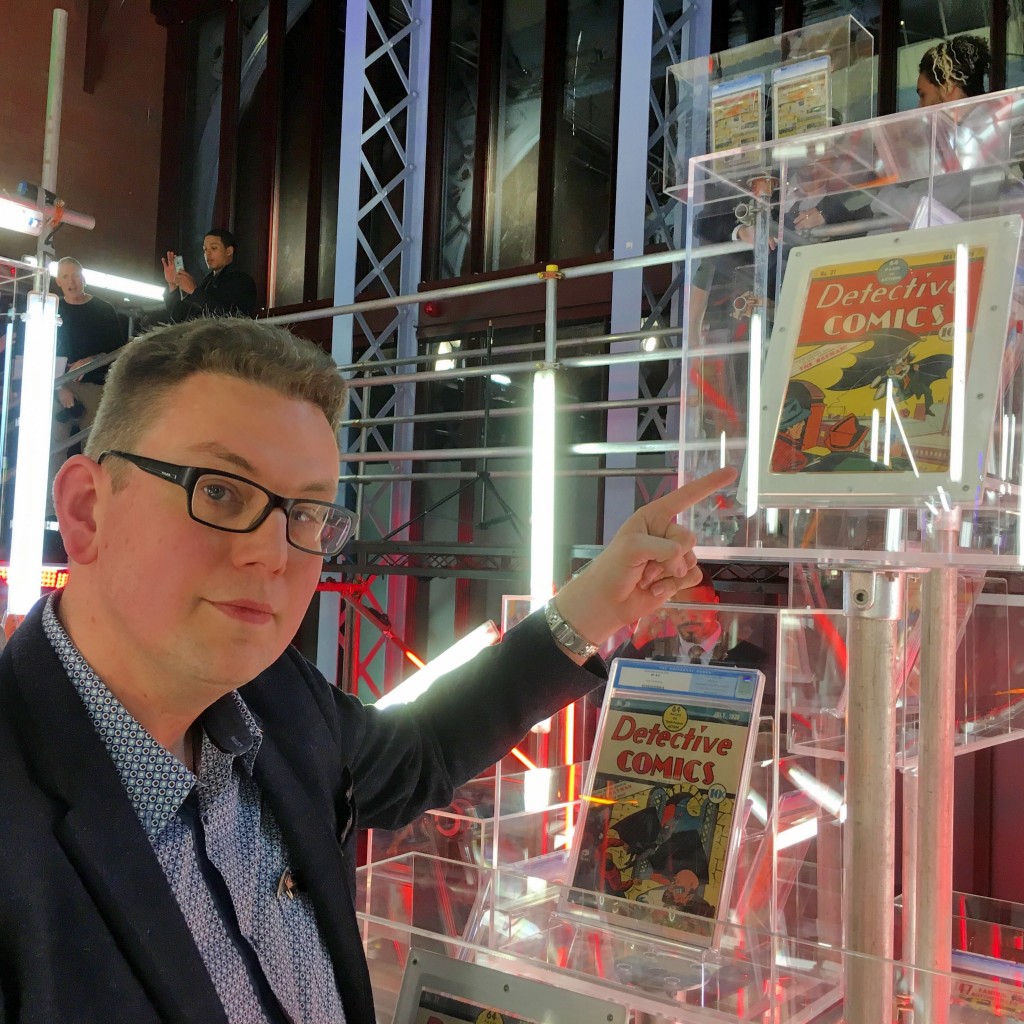 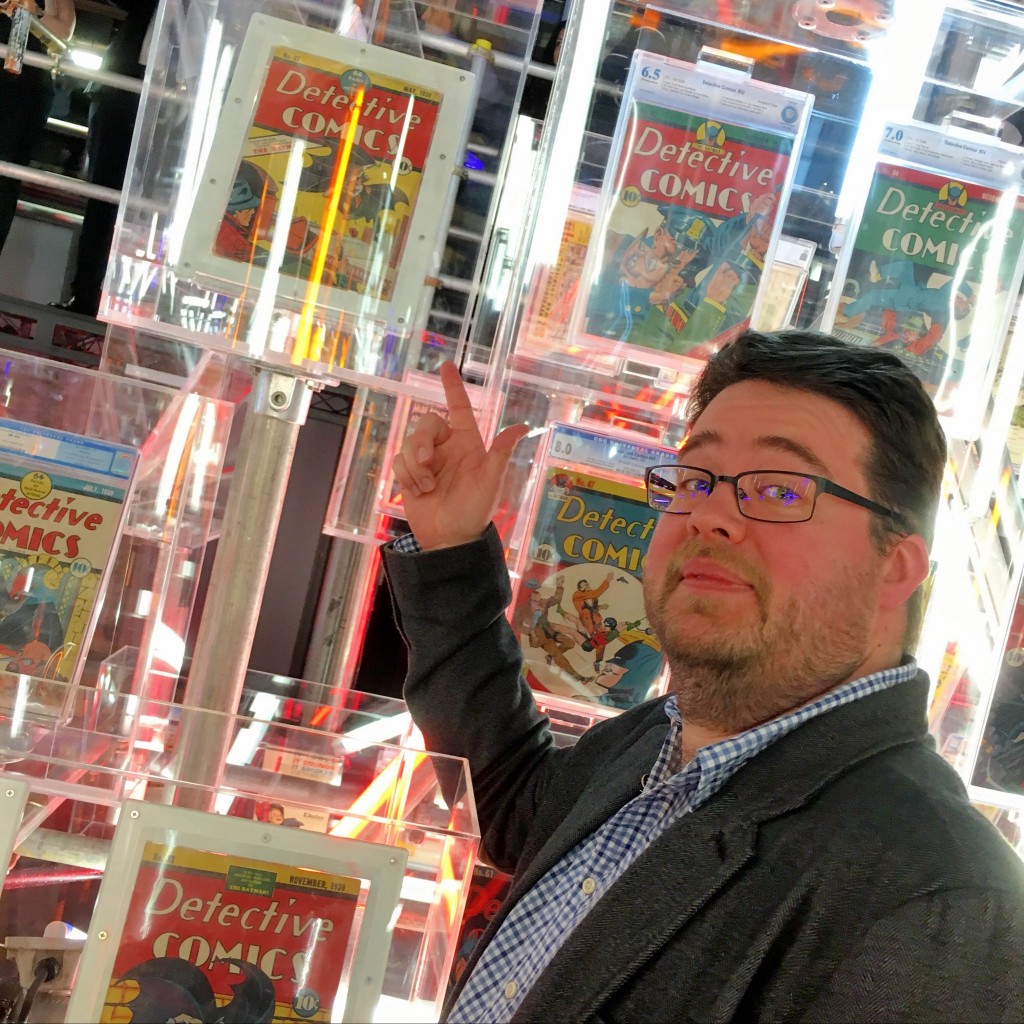 And then, the holy of holies, Action Comics #1! 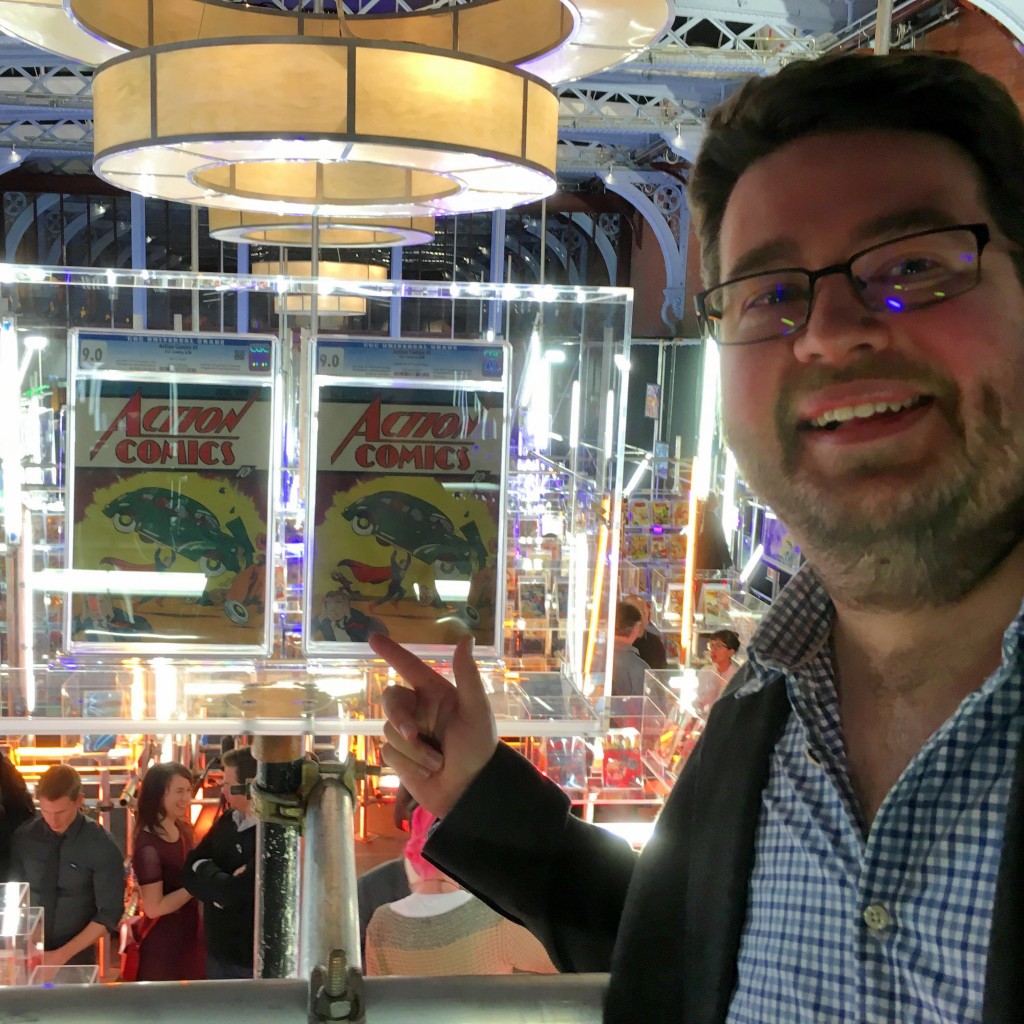 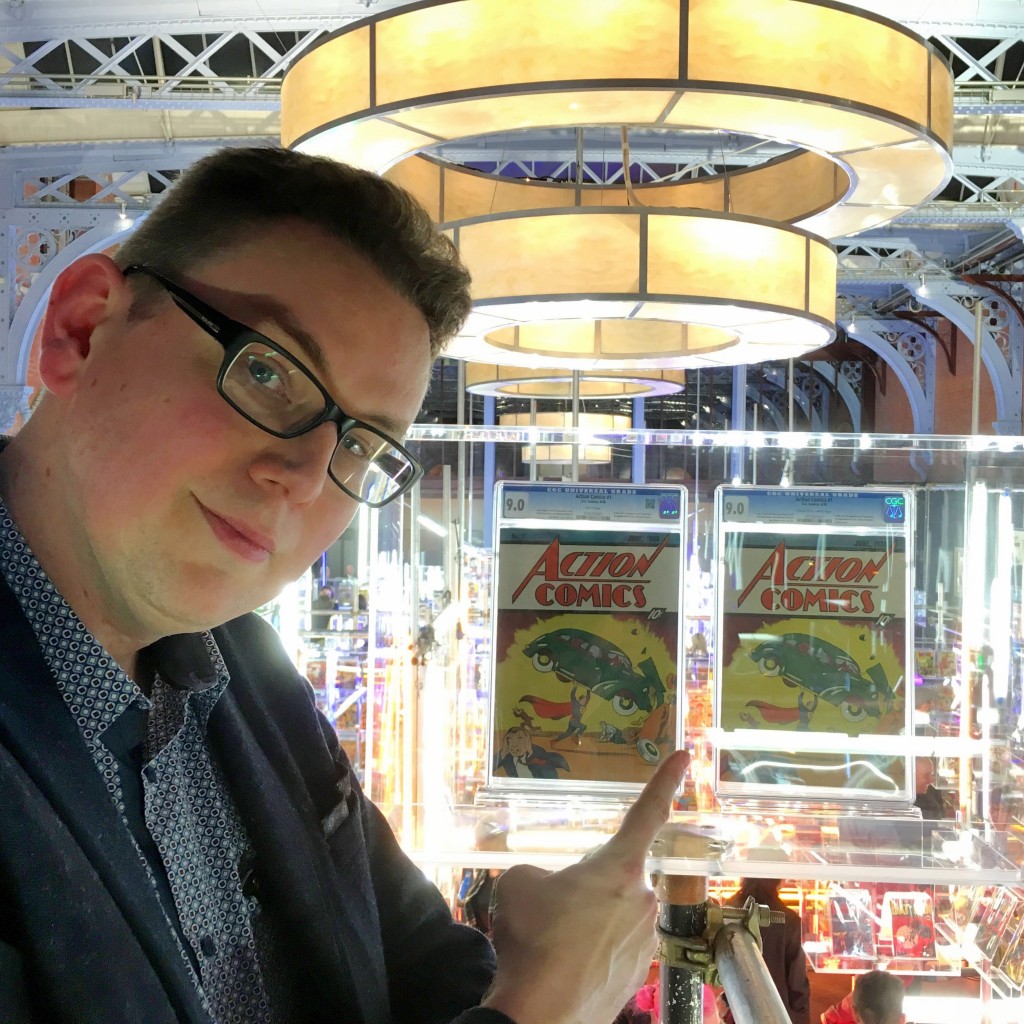 Apparently, one of these copies still has perfectly white pages thanks to its original owner keeping it in a cedar chest in the mountains of West Virginia. I must admit I was a bit giddy standing in front of Superman’s debut – the comic that kicked off every super-hero in the world right there.

Plus, of course, George and I argued over who was better – Batman or Superman.