Calling Ninth Doctor fans, Weapon of Past Destruction with words by me and art by Blair Shedd and Rachael Stott is now available as a collected edition. 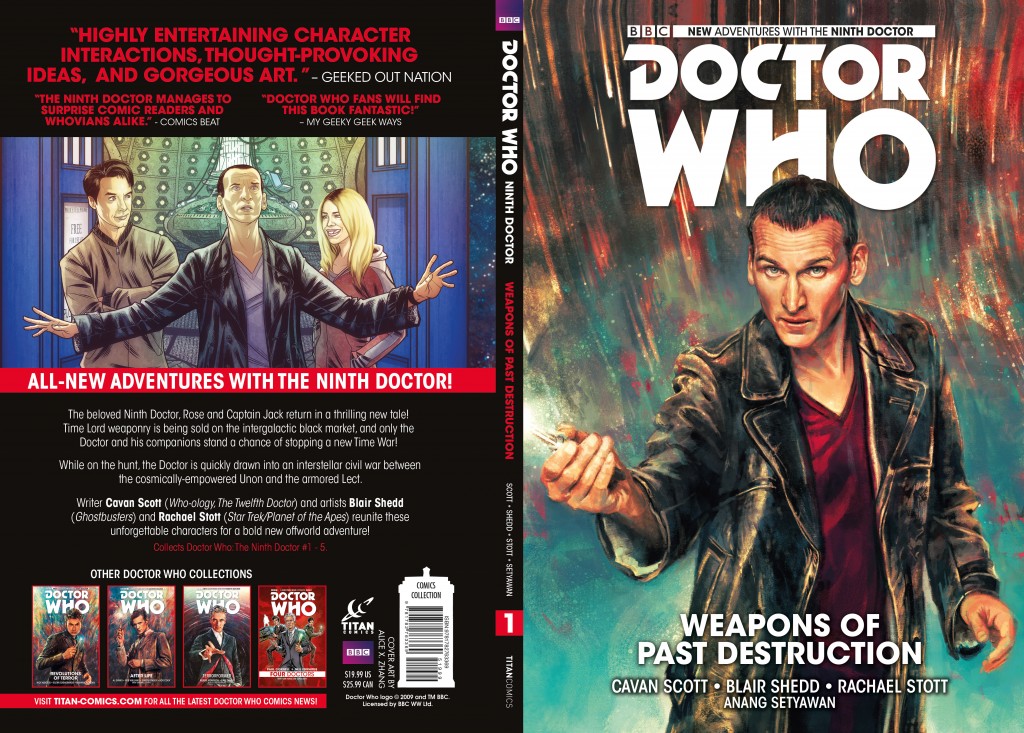 The original mini-series was published last year to celebrate the Ninth Doctor’s tenth anniversary, and was so popular that it’s spawned an ongoing series launching next month.

Leaving World War II behind, The Ninth Doctor, Rose and Captain Jack discover that Time Lord technology, lost in the wake of the Time War, is being sold on the intergalactic black market!

Now the threat of a NEW temporal war brews on the horizon, with the Doctor and his friends caught between the twin threats of the Unon and the Lect – two species with intertwined histories who are jostling to replace the Time Lords on the universal stage. Can the Doctor stop history repeating itself?