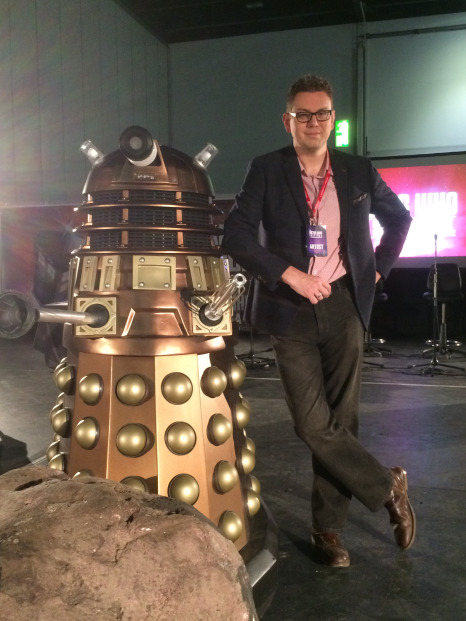 As we race towards Christmas, I thought I’d repost something that I originally posted on Girls Heart Books, now with an added periscope video at the end!

I wrote about taking part in the Doctor Who Festival back in November. This was a celebration of all things Twelfth Doctor, with appearances by Peter Capaldi and Jenna Coleman, plus Ingrid Oliver who plays Osgood and Michelle Gomez, none other than the villainous Missy.

I was the host of the Drama School stage, where we got the audience involved in the action. 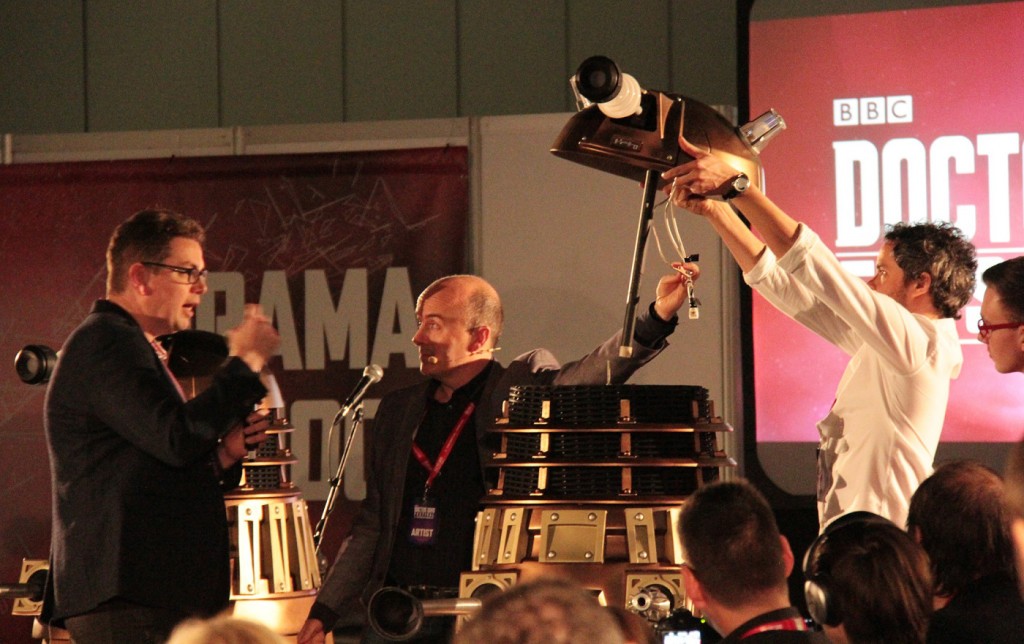 First up was Act Like a Monster, where I worked with the voice of the Daleks, Mr Nicholas Briggs, and the man who operates the metal menaces, Mr Barnaby Edwards (that’s Barney with me in the picture above). We talked through how Nick creates the voice, while Barnaby controls the Dalek itself, before getting members of the audience to act out a Dalek scene. One victim, er, I mean volunteer, actually got to go into the Dalek and exterminate people. 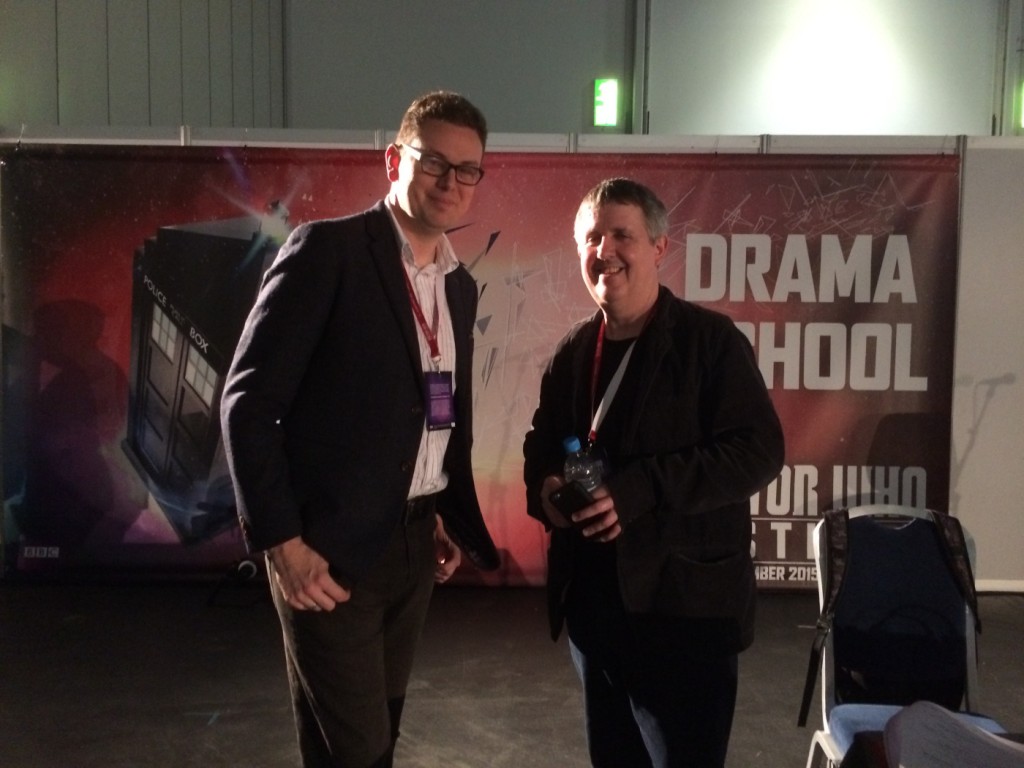 Next came the Doctor Who Director’s Class where I had the pleasure of teaming up with Douglas MacKinnon.

Douglas is the director of this year’s Doctor Who Christmas special, as well as countless classics of the last few years including Time Heist and Listen. We talked through how Douglas first became a director and got involved in Doctor Who before getting members of the crowd up to re-enact a scene from Listen.

Finally, Big Finish Productions took to the stage to demonstrate how an Doctor Who audio play is put together.

It was a mad old schedule with nine shows a day, but I wouldn’t have missed it for the world. It was fantastic to see so many excited Doctor Who fans in one place.

Some other cool things happened. I pretended to be the Thirteenth Doctor on the Titan Comics stall… 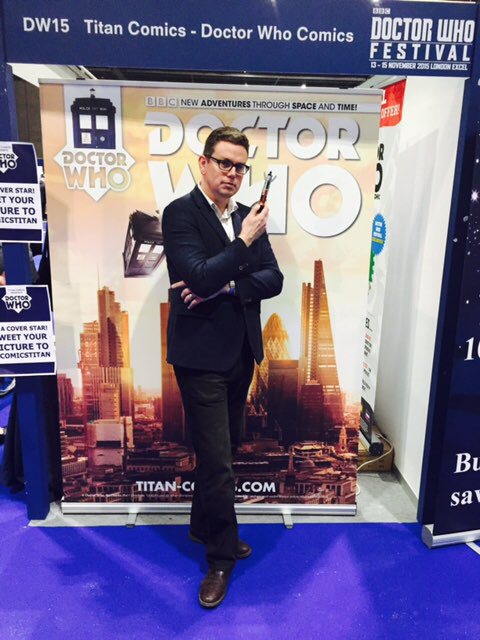 Took a selfie with Davros… 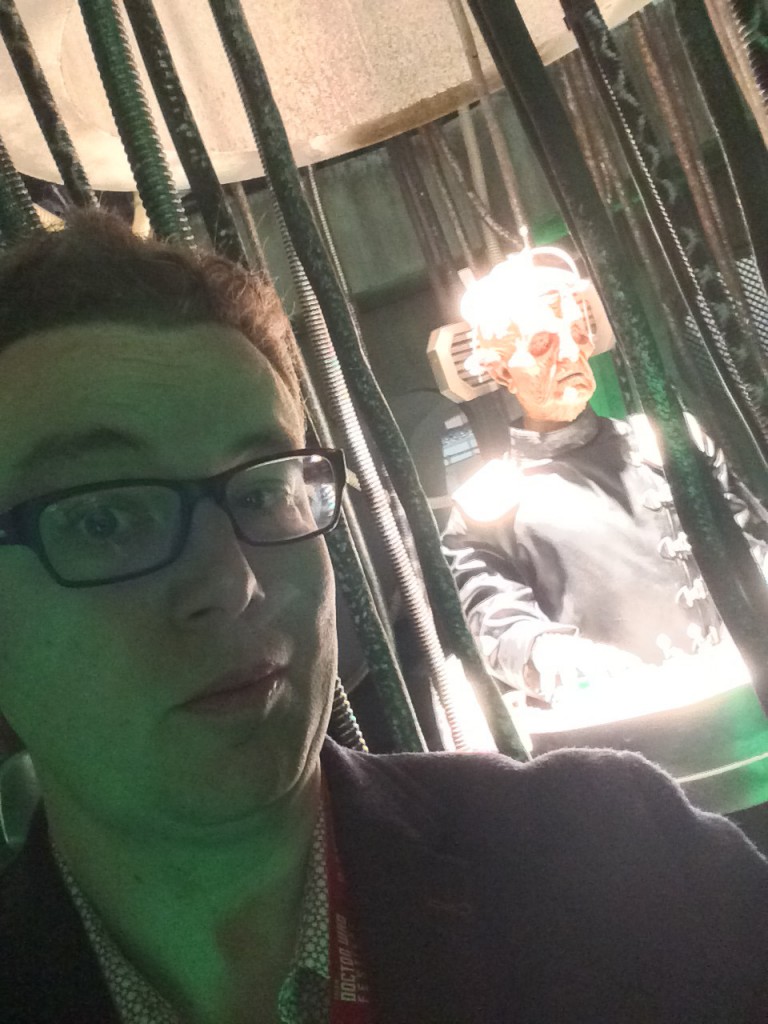 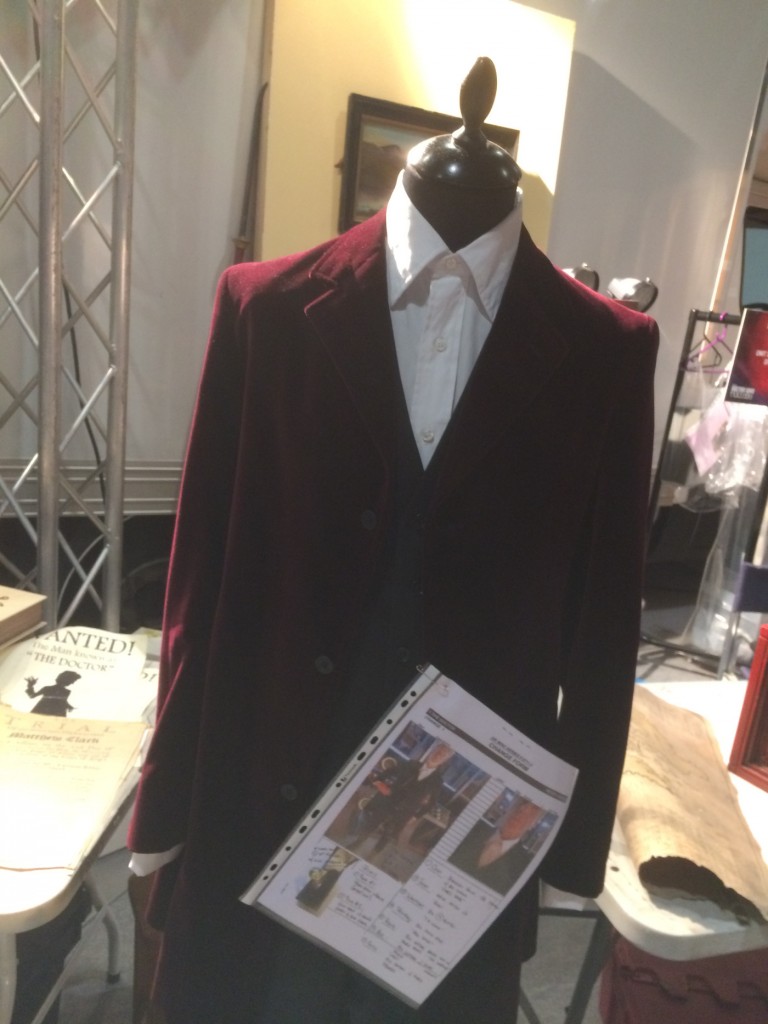 And props from the show… 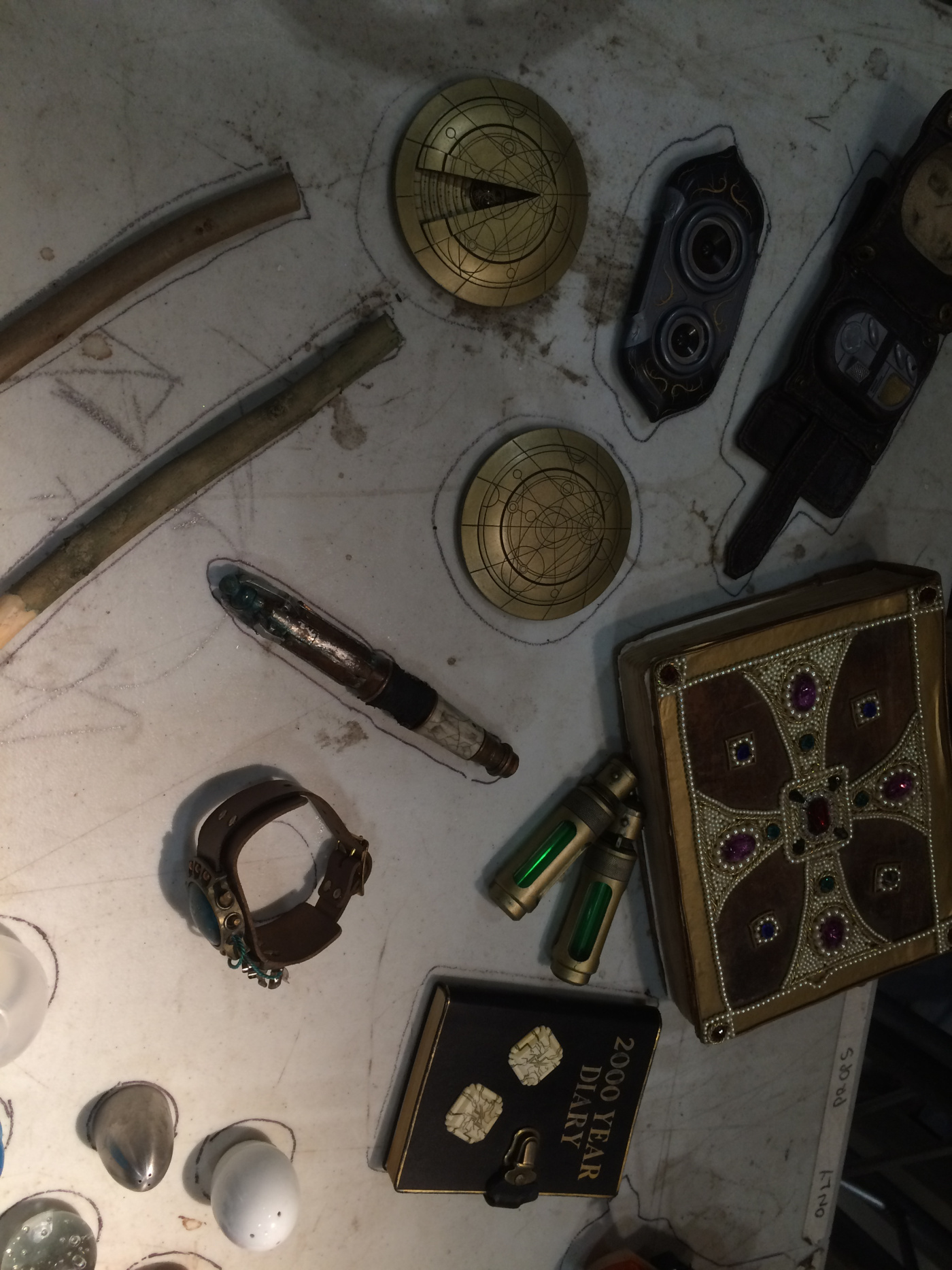 Oh, and the Doctor himself stopped by the Titan stand to read one of the comics I’ve co-written! 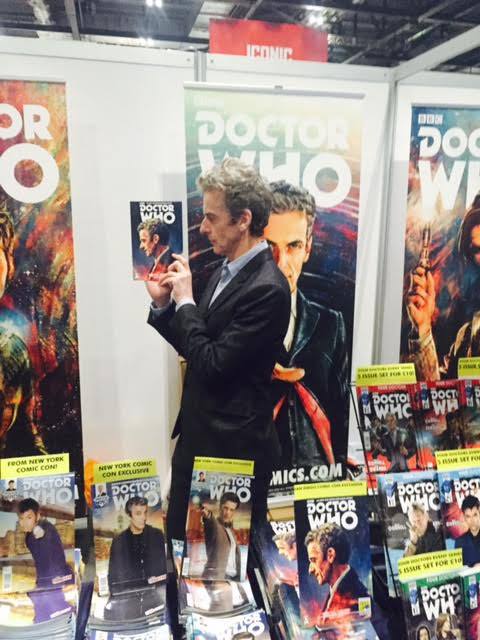 I also tried by hand at Periscoping (is that  a word?) which I thought I’d save on YouTube for posterity – guest starring Mr Barnaby Edwards.