As an extra little Christmas present, Titan Comics have launched a new UK newsstand comic today. Doctor Who: Tales from the TARDIS is a new collection of Who comics published originally for the US market, and issue one is a bit of a bumper issue for me!

Included in the issue is the 2015 Twelve Doctor Holiday Special written by myself and George Mann, with art by Mariano Laclaustra and colours by Carlos Cabrera.

Also, you’ll find the first two issues of the Ninth Doctor mini-series, again written by me, with art by Blair Shedd.

Here’s the cover so you know what to look out for: 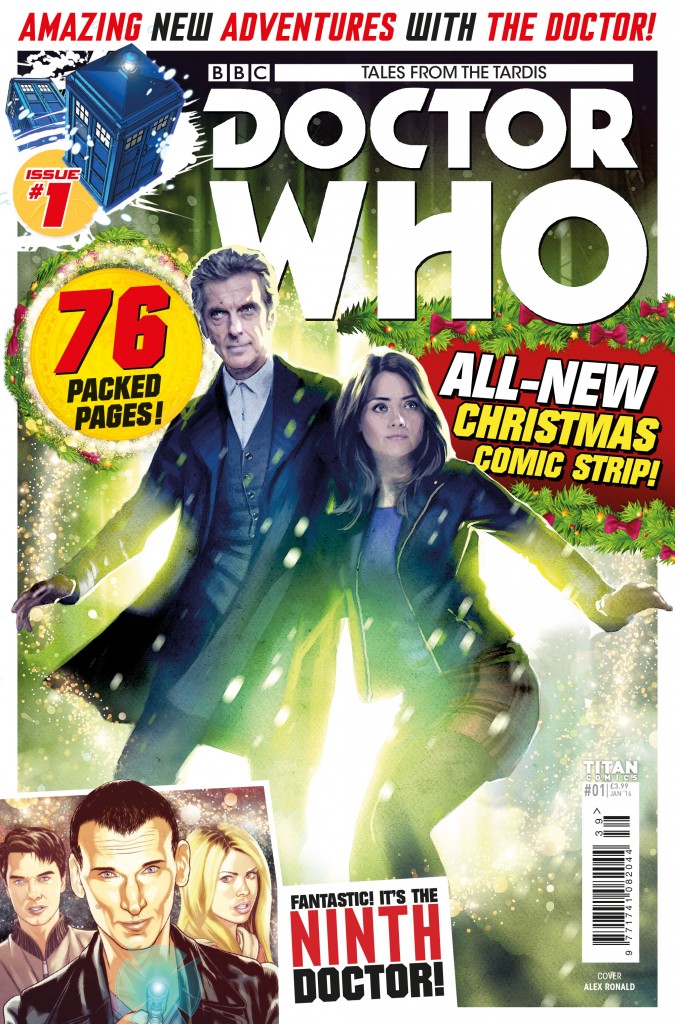 And some blurb about the issue too:

If the Doctor himself can’t be contained by just one incarnation, then neither can his comics! Titan Comics are pleased to announce the release of the astoundingly Christmassy special edition, Tales From The Tardis: Doctor Who #1, featuring three stunning stories in an all-new format!

Get swept into a winter wonderland with the Twelfth Doctor in Relative Dimensions. When the Doctor receives an impossible Christmas card, delivered direct to the TARDIS, it’s his cue for an extra-sized adventure of unbelievably festive proportions.

Written by George Mann and Cavan Scott, with art by Mariano Laclaustra, this inter-dimensional adventure is the perfect companion this Christmas.

Plus, enjoy a double helping of adventure with the Ninth Doctor in Weapons Of Past Destruction where the Ninth Doctor, Rose and Captain Jack, team up in an all-new adventure, as ancient weaponry from the Time War begins to show up on the intergalactic black market!

Can the Doctor stop the Time War from happening all over again? Written by Who-Ology author Cavan Scott and art by Blair Shedd (Ghostbusters), the classic TARDIS team are back together!

Tales From the TARDIS is out now. Go get it!