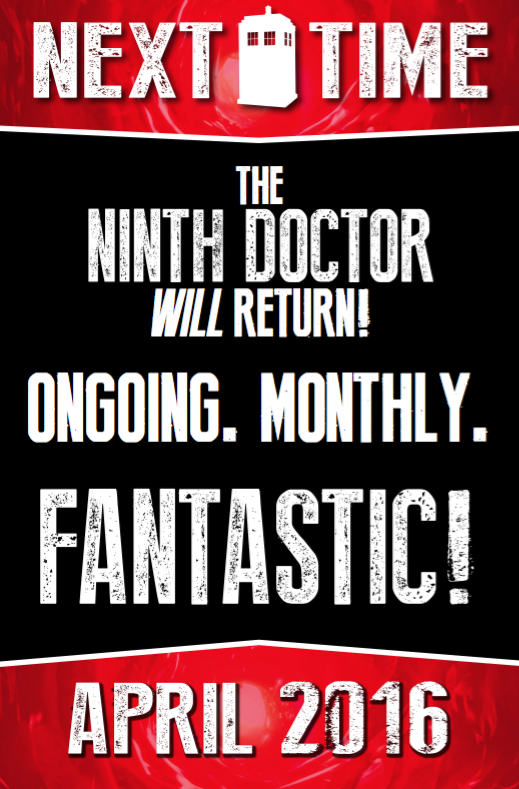 Readers of the Doctor Who: Ninth Doctor mini-series, would have seen the news in the back of issue five and now it’s reached the Titan Comics Tumblr. The mini-series may have come to an end, but a new Ninth Doctor ongoing is launching next April.

I’m writing the scripts once again, joined by the wonderful Adriana Melo (Spider-Man, Ms Marvel) for internal art on the opening three-parter (which, if you’ve read my afterword at the end of the mini-series is called ‘Doctormania‘!)

Thank you to everyone who supported the mini-series (including my co-creatives Blair Shedd, Rachael Stott and Anang Setyawan). There’s not much more I can say about the ongoing at the moment, other than go and gaze at the loveliness that is Adriana’s website!

Oh, and we’re going to be the first Titan Comics Doctor Who comic with a letters page – so why not write in with your thoughts about the recent mini-series to doctorwhocomic@titanemail.com! Can’t wait to hear from you!