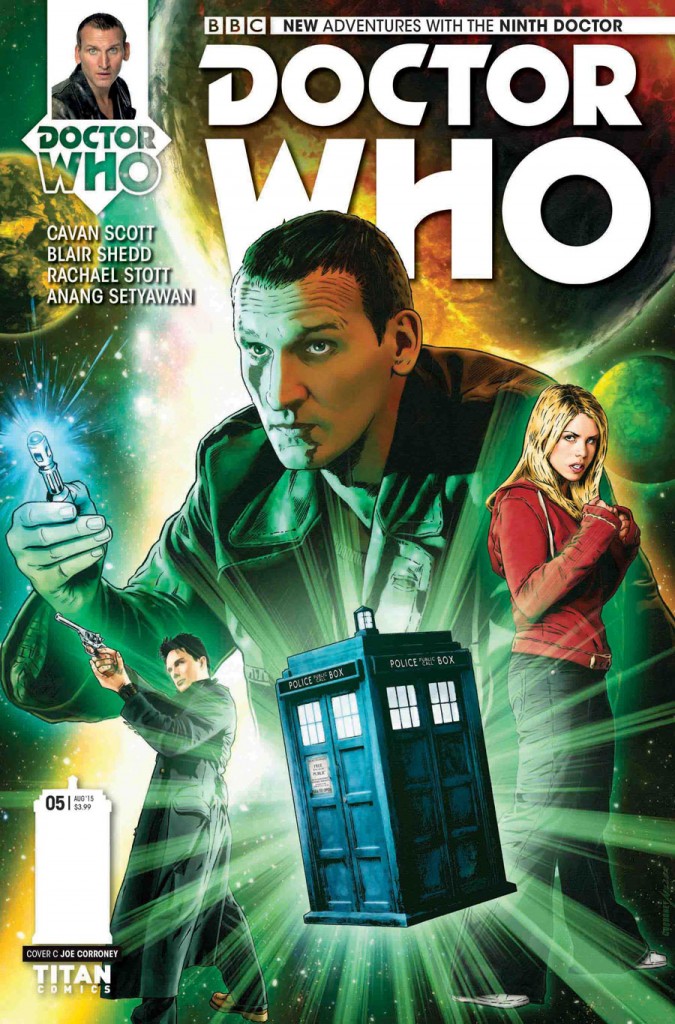 I was up in London yesterday recording videos for next year’s World Book Day, so I didn’t get chance to blog, but yesterday saw the publication of Doctor Who: The Ninth Doctor #5, the finale in the current mini-series.

The response to the mini-series has been brilliant, and I’d like to thank the rest of Team Nine, artists Blair and Rachael and our amazing colourist Anang, plus of course our editor Andrew, all the cover artists and the publicity team.

As I say in an afterword in the issue, the mini-series has also been a tribute to the team in front and behind the cameras who brought Doctor Who back for us ten years ago! Thank you!

The issue is available in all good comic shops and also digitally via Comixology, both in the UK and US.

So Weapons of Past Destruction has come to an end, but I have new comic adventures on the horizon – but more about them on another day. I must admit it was good to see the issue on the racks when I popped into Orbital Comics last night after recording the videos. 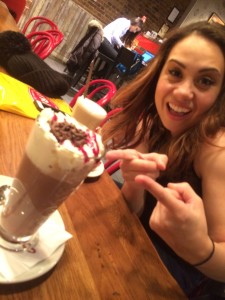 It was also great to catch up with Samantha Béart over a stupidly creamy festive hot chocolate before heading home. Sam plays future NY cop Jexie Reagan in Vienna, a series of audio dramas I produce for Big Finish.

Series 3 is out in February and details of the three stories are now up on the Big Finish website.

A cover is coming very soon too – watch out for that!