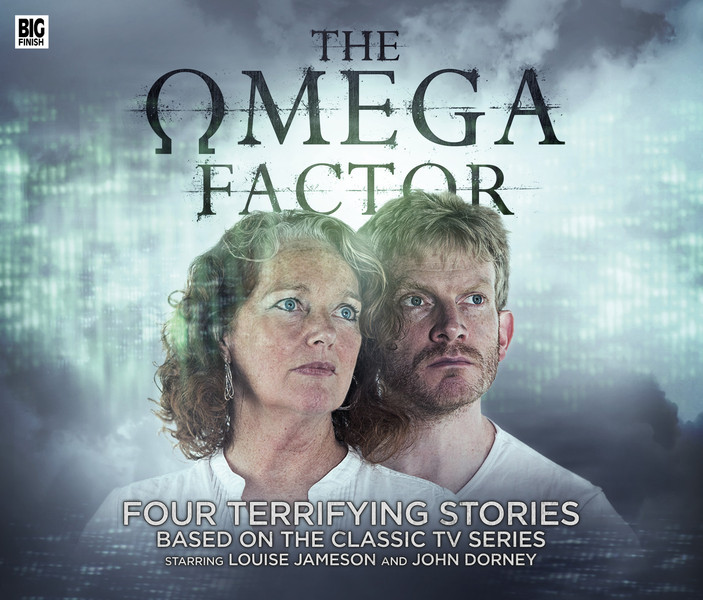 In the middle of my SDCC madness, Big Finish released series one of The Omega Factor, including a story from yours truly. Here’s the story direct from the Big Finish site:

Before Torchwood. Before The X Files. There was The Omega Factor.

For ten weeks in 1979, a TV Show brought nightmares to an entire nation. Now 36 years later, The Omega Factor is back — on audio.

Louise Jameson returns in the role of Dr Anne Reynolds: head of Department 7, a government initiative committed to the study of psychic and supernatural phenomena.

Department 7 has been deemed an anachronism by the government, who are preparing to wind it down — but all this may change when a young man called Adam (John Dorney) enters Anne’s life.

Adam has a connection with Anne’s past — and to her future. An evil presence is emerging across Scotland, pushing Anne and Adam to the brink of their abilities. Together, they must work to uncover the secret of Adam’s special powers; before forces from outside reality tear them apart.

Meanwhile, in a church in Edinburgh, something terrible awaits…

1: From Beyond by Matt Fitton

Dr Anne Reynolds finds her life’s work under threat as Department 7 faces review. Is there really any place for paranormal investigation in government? Help arrives from an unlikely source, as a young man comes to Edinburgh looking for answers. Adam Dean holds a connection to Anne’s past, which will open the doors of perception and take them down a new and disturbing path…

2: The Old Gods by Phil Mulryne

Looking into Tom Crane’s legacy, Anne and Adam investigate a remote community, isolated from the distractions of the twenty-first century. As Anne fights to justify Department 7’s existence, Adam begins to learn how dangerous his new life can be. For when the world is stripped of the trappings of today, only the old gods are left to rule it…

Exorcism is alive and well and making a healthy profit in modern Scotland. As one practitioner’s unsavoury methods are called to account, a terrible force threatens to be unleashed. While Anne follows the trail left by Tom Crane, Adam hears a voice from his father’s past calling for help – but what will it cost him if he chooses to answer?

4: The Hollow Earth by Ken Bentley

A church is meant to be a place of sanctuary. Of peace. Of protection. But when Anne and Adam look into disappearances among the homeless of one Southside parish, they find themselves trapped and terrified within the walls of St Nicholas as all hell breaks loose around them…