I can’t believe we’re already racing to the end of SDCC. Madness.

Yesterday was Titan Comics big Doctor Who day. It started with Blair Shedd and yours truly signing the Ninth Doctor.

Then, after lunch with George Mann and his brother Scott, it was back into the Con for some meetings before appearing on the Titan Panel with Blair, George, Paul Cornell and Alice X. Zhang. Loads of exciting things were announced including:

– A new 12th Doctor Holiday Special by me and George out this Christmas.

– The wonderful news that George is writing the Eighth Doctor mini-series with Emma Vieceli providing the art. And here’s the beautiful cover by Alice: 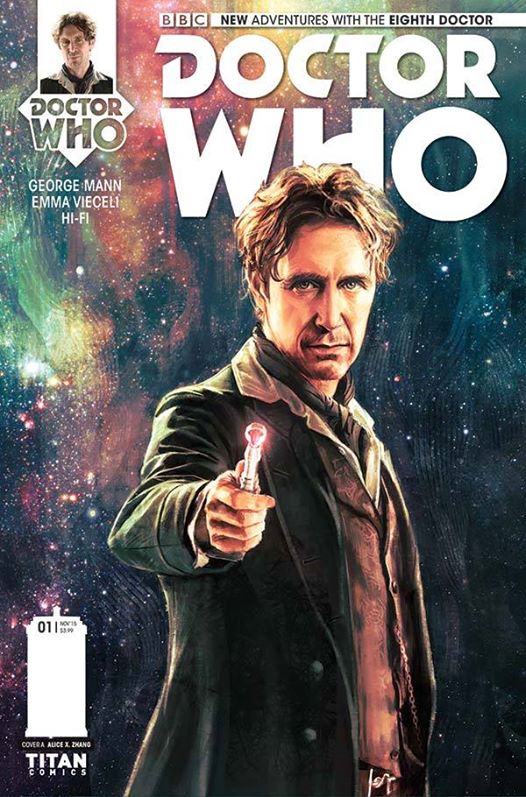 It was a fun and relaxed panel, which also included a video message from Si Spurrier, some lovely page preview of Paul’s Four Doctors comic and everyone singing Happy Birthday to George. Afterwards it was back to the Titan booth for another signing and then on to more meetings.

Phew! Today is the last day of SDCC and chance to see some of the things I’ve missed so far on the floor. My brain is a little frazzled, but I’ve had a wonderful time.