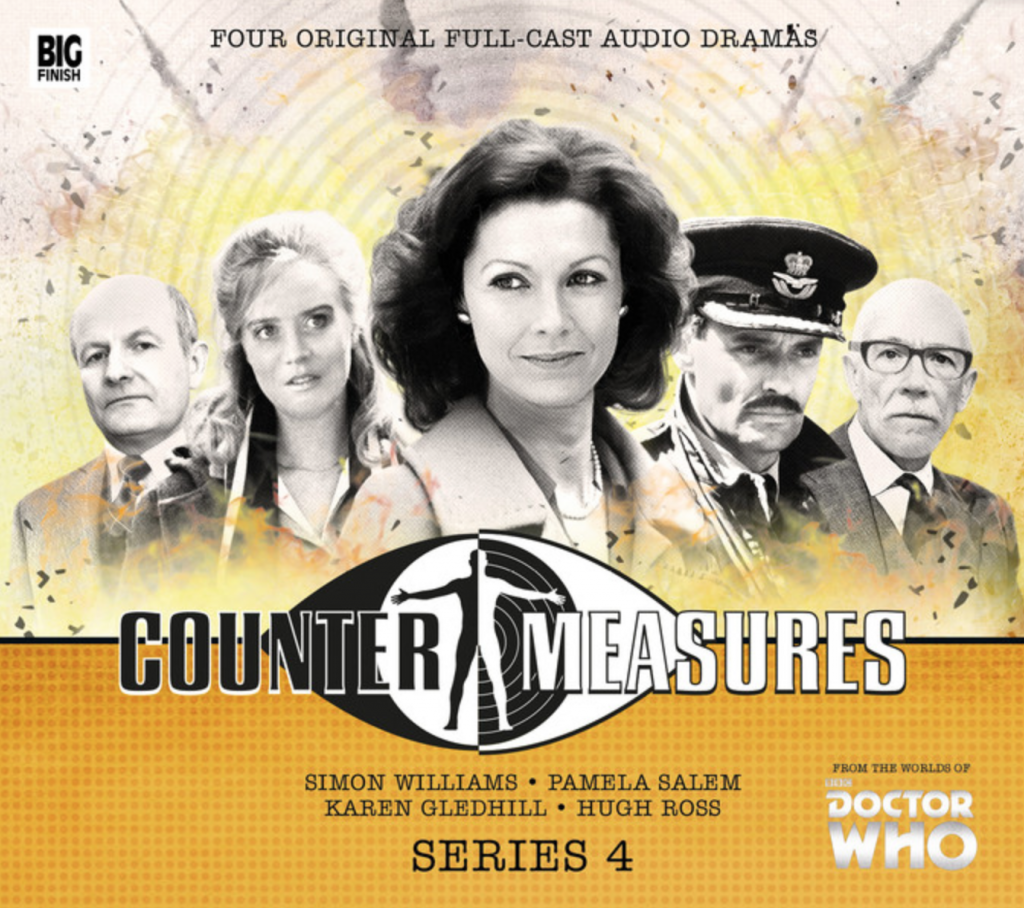 The Intrusion Counter-Measures Group (originally seen in the Sylvester McCoy Doctor Who story Remembrance of the Daleks) face their darkest hour in our latest release. We’re also giving you the chance to catch up with the story so far with special offers across the range.

Counter-Measures: a government task-force charged with defending the country from the alien and the unexplained. But they’ve failed…

Enemies stand at all sides. Professor Rachel Jensen and Dr Allison Williams have been separated from Group Captain Gilmore and their boss Sir Toby Kinsella. Old enemies have infiltrated the organisation, a deadly assassin is on their trail and a sinister conspiracy lurks in the corridors of Whitehall.

Now, Counter-Measures must reunite to defend the United Kingdom in its darkest hour. No troops. No technology. No hope. Business as usual…

When an explosion disrupts work on a monorail, Gilmore, Allison, Rachel and Sir Toby investigate the enigmatic company behind the project. But with government interference on one side, and dangerous businessmen on the other, who can they possibly trust?

4.2 The Keep by Ken Bentley

For many years Sir Toby has used the Keep – the most secure and secret prison in England – to hide away incredibly dangerous threats to the country. But now two prisoners are attempting to escape – and they’re not the only ones.

4.3 Rise and Shine by John Dorney

Old enemies are becoming friends. Old friends are becoming enemies. As they finally discover who they’re up against, and with the future of the planet at stake, the Counter-Measures team have to risk everything to survive.

The dust may have settled, but the threat lives on. With the team in hiding, and an unknown enemy at their heel, they need to turn the tables, and quickly. But can they ever really be safe?