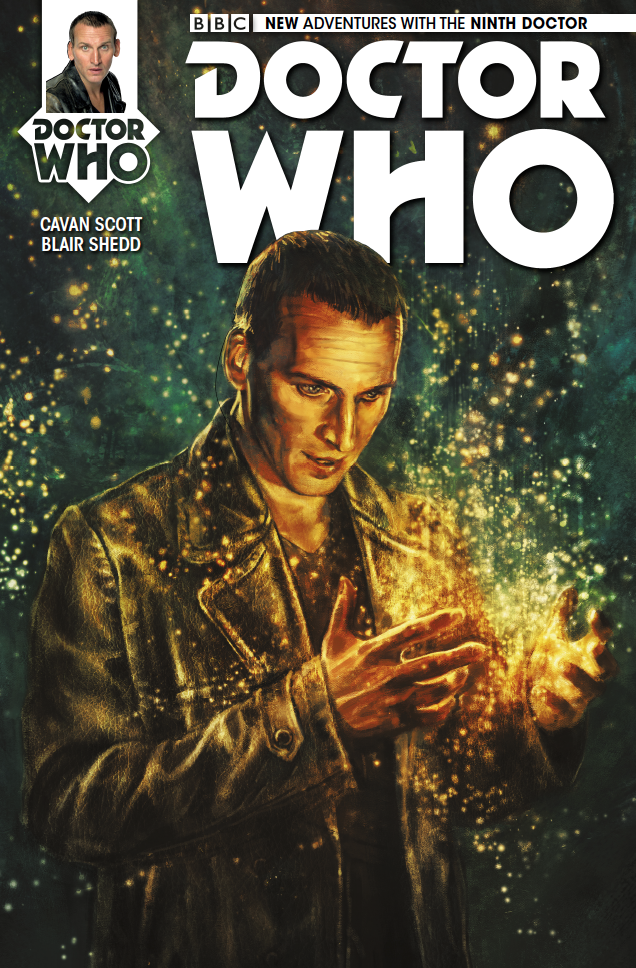 Doctor Who: The Ninth Doctor issue 2 arrived a couple of week’s ago and here’s what the reviewers said:

• “With Cavan Scott’s excellent script and Blair Shedd’s gorgeous artwork, I am confident that the Ninth Doctor is in safe hands. 9.8/10” – Pop Culture Bandit

• “Part of the fun of Doctor Who are the characters and Scott has captured the three leads perfectly. This Doctor has all the wit, emotion, wonder, and never-say-die spirit that Christopher Eccleston brought to the role, the feistiness and sweetness of Rose, and the swagger of Jack Harkness.” – Sci-Fi Pulse

• “Both fun and exciting, this second outing captures the tone of the Ninth Doctor perfectly… will leave any Whovian with a silly grin on their face.” – SnapPow

• “Cavan Scott could not have paced this book any better…  this issue is a prime example of how fun should be done! 8.5/10” – Infinite Comix

•  “Two issues in and this series continues to impress.” Kasterborous