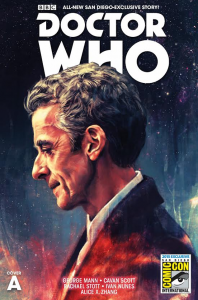 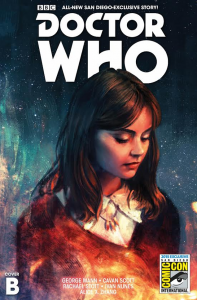 With San Diego Comic Con around the corner, I’m pleased to announce my SDCC schedule. I’m going to be at the con from Preview Night, but the important days in terms of appearances are Friday and Saturday. Here’s where to find me:

Panel: Doctor Who Comics Panel
3.30pm – 4.30pm | Room: 5AB
Titan Comics gives you a sneak peek at the next chapters for the Doctor in all his incarnations – including sneak peeks at the direction of Year Two featuring the Tenth, Eleventh and Twelfth Doctors! Writer Cavan Scott and artist Blair Shedd discuss the smash-hit Ninth Doctor mini series! Writer Paul Cornell gives you a sneak peek at August’s comics cross-over event! Writers George Mann and Cavan Scott and cover artist Alice X. Zhang take you behind-the-scenes of the Twelfth Doctor SDCC exclusive short story edition. Plus, we reveal the next brand-new mini series – which Doctor is it going to be? Come along to find out! All attendees receive a FREE Doctor Who comic + prizes to win!

If you’re going to be at SDCC, come up and say hi – and don’t forget to pick up your Exclusive Doctor Who SDCC special, written by yours truly and George Mann, with art by Rachael Stott and covers by Alice X. Zhang.